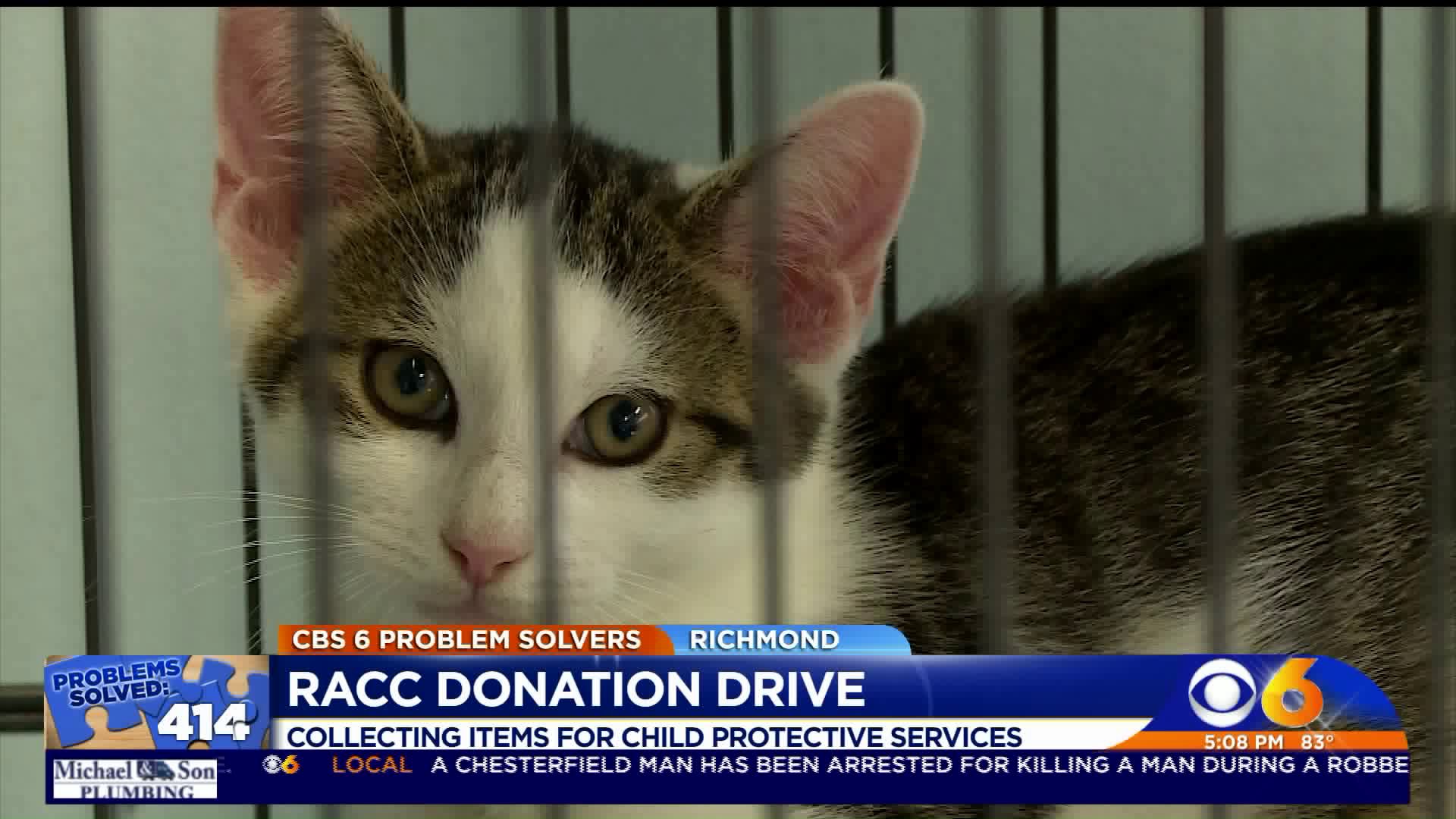 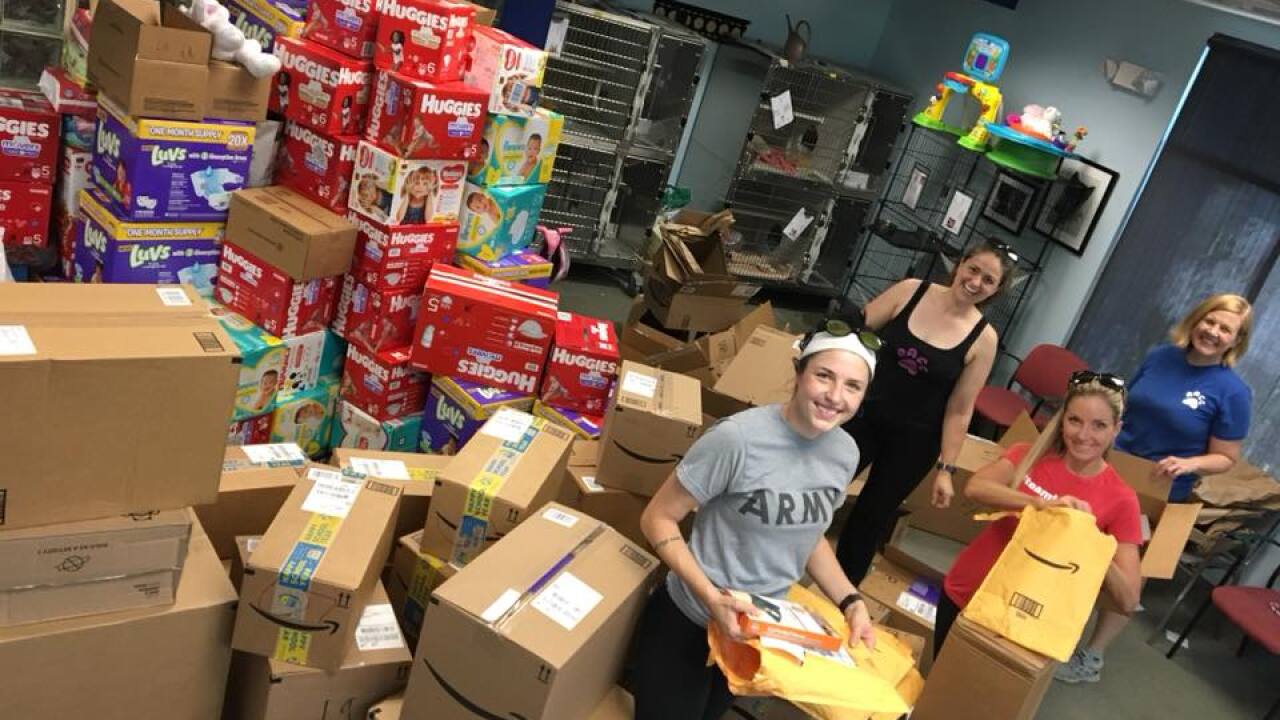 RICHMOND, Va. -- Richmond Animal Care and Control (RACC) officials shared an update Sunday about the amazing outpouring of support the shelter has received while collecting supplies for the city’s Child Protective Services, a group they work with often.

Officials posted a photo Saturday afternoon of the growing pile of donations, which included stuffed animals, diapers and several strollers.

Richmond Animal Care and Control donations as of Saturday afternoon.

"Our pile so far! Thanks to all that are helping us help CPS," officials wrote.

The group then shared an update  stating "we are weeping with gratitude" after receiving a slew of packages were delivered Sunday morning.

A note shared from one of the donors illustrates how many feel about Richmond's shelter and their commitment to the community.

"You are constantly restoring my faith in humanity. (I always have faith in animals)," reads a note attached to the post. "Thanks for helping out even more beings in need."

Shelter director: 'It just makes you want to cry'

"It’s an unfortunate situation, but a lot of times abuse with animals also includes abuse with humans,” said Chipps Peters. “We do the animals, they do the children, but the component is the same. They are changing humans’ lives when they need it most.”

Chipps Peters said RACC was inspired to do something for CPS after a recent RACC case when officers were executing a search warrant on a home where they only expected to find animals inside. She said the inside of the home there was “trash, dirty clothes and rotted food was piled high on every surface, old needles and used condoms were strewn about in every room and both guns and drugs were confiscated.”

She said along with that, they found two children inside: a five-year-old girl and a six-year-old boy.

"You can imagine like a movie with people in SWAT gear. It was like 15 of us and these two little kids sitting in the madness of all of this doing their homework. Like I mean, it just makes you want to cry,” said Chipps Peters. “We wanted to just put a bubble around them to protect them from this crazy made world and take them home -- and that’s where Child Protective Services comes in.”

Chipps Peters said CPS should be commended every single day for the work that they do, but added that their work flies under the radar for privacy and legal reasons.

How you can help

Chipps Peters said she wanted to use RACC’s social media and supporters to help collect supplies the organization needs.

“It isn’t unheard of when we put out a call to action like this, we’ve had the UPS truck drive up and come in and be, like, my entire truck is full of donations just for you,” said Chipps Peters.

She said they are collecting size 1-6 diapers, unscented wipes, used or new strollers and new or gently used boys and girl clothes from 3-6T.

Donations can be dropped of at RACC’s headquarters at 1600 Chamberlayne Avenue on Richmond's Northside. RACC has also put items on an Amazon Wishlist and the items will be shipped right to them.

Chipps Peters could not go into further details about the search warrant that prompted this fundraiser as she said it was part of an ongoing investigation.