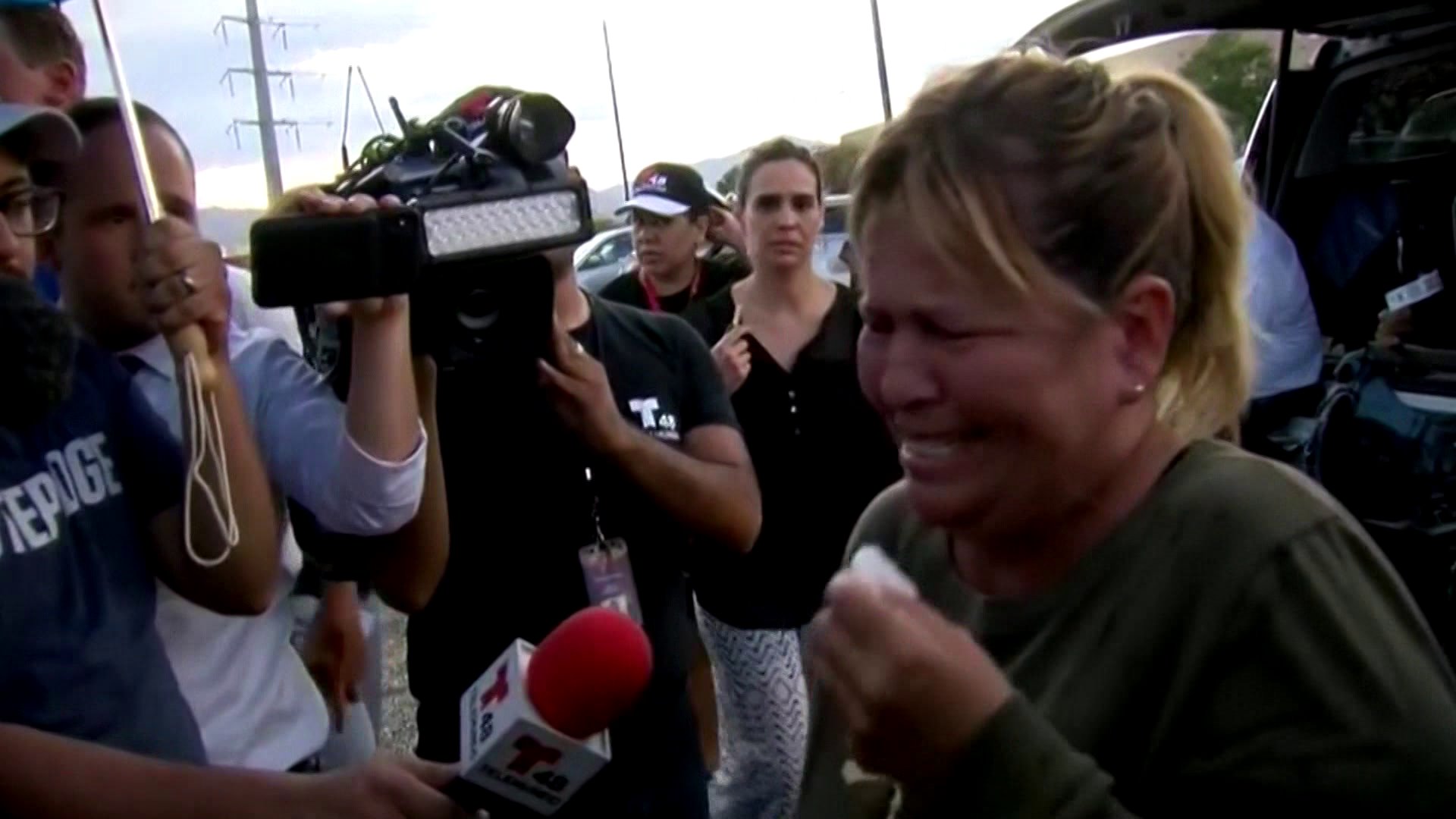 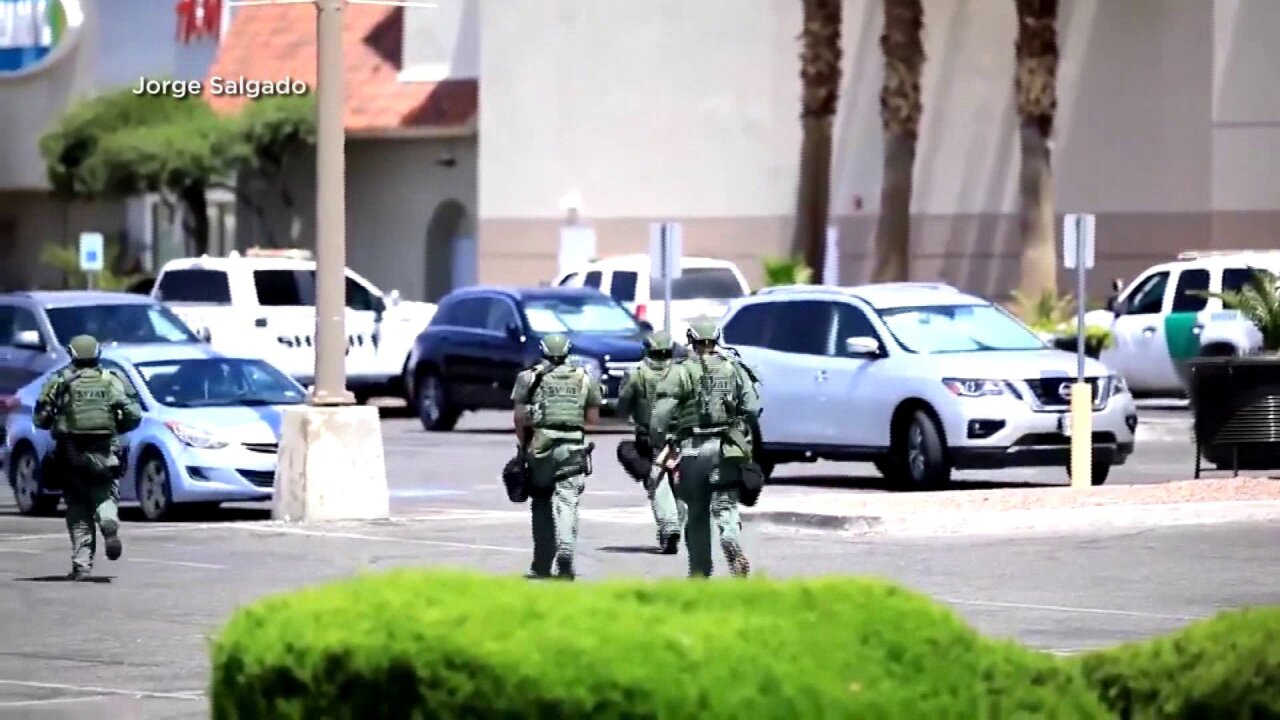 As the nation reeled Sunday morning from news of a second mass shooting in the span of 13 hours, Democratic lawmakers began demanding that Senate Majority Leader Mitch McConnell take action this week on long-stalled gun control legislation they argue could help prevent the next large-scale tragedy.

"I hope that Sen. McConnell would bring the Senate back tomorrow and pass the background check bill and send it to the President. The President must sign it. Period," Ohio Democratic Sen. Sherrod Brown told CNN's Jake Tapper on "State of the Union."

Early Sunday morning, a shooter in Dayton, Ohio, opened fire in the city's Oregon District, a popular downtown area, leaving nine dead. The shooter, a 24-year-old male, was shot and killed by responding officers. Thirteen hours earlier, a gunman opened fire at a shopping center in El Paso, Texas, killing at least 20 people. A 21-year-old man is in custody.

Congress has long struggled to pass gun control legislation, even in the wake of mass shootings, and Brown's call Sunday adds to a growing chorus of Democratic and progressive lawmakers who have demanded action on gun reform in the aftermath of a tragedy.

Brown told Tapper that in addition to sadness, he feels "anger that Congress still doesn't do its job," adding: "The House of Representatives has passed background check legislation, the Senate could meet tomorrow."

Reached Sunday, McConnell's office didn't comment on Brown's call for the Senate leader to take action this week on the legislation.

McConnell in a tweet Saturday did say "the entire nation is horrified by today's senseless violence in El Paso," following the Texas shooting, adding: "Elaine's and my prayers go out to the victims of this terrible violence, their families and friends, and the brave first responders who charged into harm's way."

A number of lawmakers have joined Brown's call for McConnell to act on gun control legislation, including Ohio Democratic Rep. Tim Ryan, who told Fox News on Sunday, "We've got to do something. I'm calling on the President and the Congress to come back into session."

"Mitch McConnell and (Senate Minority Leader) Chuck Schumer and (House Speaker) Nancy Pelosi: Let's get back to work in Washington, do the background check bill that we passed out of the House -- we've got to ban these assault weapons. This is ridiculous," Ryan, a 2020 Democratic presidential candidate, said.

In a statement, Pelosi also urged her colleagues to act, saying, "The Republican Senate must stop their outrageous obstruction and join the House to put an end to the horror and bloodshed that gun violence inflicts every day in America. Enough is enough."

Vermont Sen. Bernie Sanders, another 2020 Democratic hopeful, backed the call for McConnell to "bring the Senate back into session immediately to pass HR 8, the gun safety bill that has already passed the House."

"That's a first step to addressing our serious gun violence epidemic," Sanders said in a tweet.

Soon after the Las Vegas shooting in October 2017, lawmakers moved to ban or regulate bump stocks, but the efforts failed to advance. President Donald Trump's administration announced a ban on the devices in December 2018 with a new Justice Department rule, which withstood court challenges and went into effect in March.

Also in 2018, congressional lawmakers passed a bill that incentivizes state and federal authorities to report more data to the country's gun background check system called "Fix NICS." In the simplest terms, the bill doesn't strengthen background checks but instead holds federal agencies accountable if they fail to upload records to the background check system. Congress passed the measure as part of a broader appropriations package.

Congress has not passed legislation limiting semiautomatic weapons since 1994. That was when lawmakers passed the Violent Crime Control and Law Enforcement Act, which made it unlawful in most cases to make, transfer, or possess semiautomatic assault weapons. It expired in 2004. The House passed a sweeping gun control bill with bipartisan support in February, HR 8, requiring universal background checks, but the Senate has yet to consider it.

On a state level, just nine states and the District of Columbia ban large-capacity ammunition magazines. The Giffords Law Center to Prevent Gun Violence lists California, Colorado, Connecticut, Washington, DC, Hawaii, Maryland, Massachusetts, New Jersey, New York and Vermont as places with bans that include the sale, possession, and/or manufacture of such magazines. The laws vary from state to state and define the magazines as holding either 10 or 15 rounds.

Dayton Mayor Nan Whaley said Sunday that officers killed the lone suspect after he fired for less than a minute from a ".223 high-capacity" gun, and he had additional magazines with him when he killed the nine victims. The .223 caliber is used in rifles like the AR-15 assault rifle used in previous mass shootings.

Trump weighed in on the two tragedies on Twitter, writing in a Sunday tweet, "God bless the people of El Paso Texas. God bless the people of Dayton, Ohio." On Saturday, following the Texas shooting, he said that there "are no reasons or excuses that will ever justify killing people." The President has not publicly commented on Congress' debate over gun control legislation after the two shootings.

Asked if the President's rhetoric is "to blame" for the Texas shooting, acting White House chief of staff Mick Mulvaney on Sunday told ABC's Jonathan Karl on "This Week" that Trump "is just as angry by this as you are and wants to do something about it just as much as everybody else does."