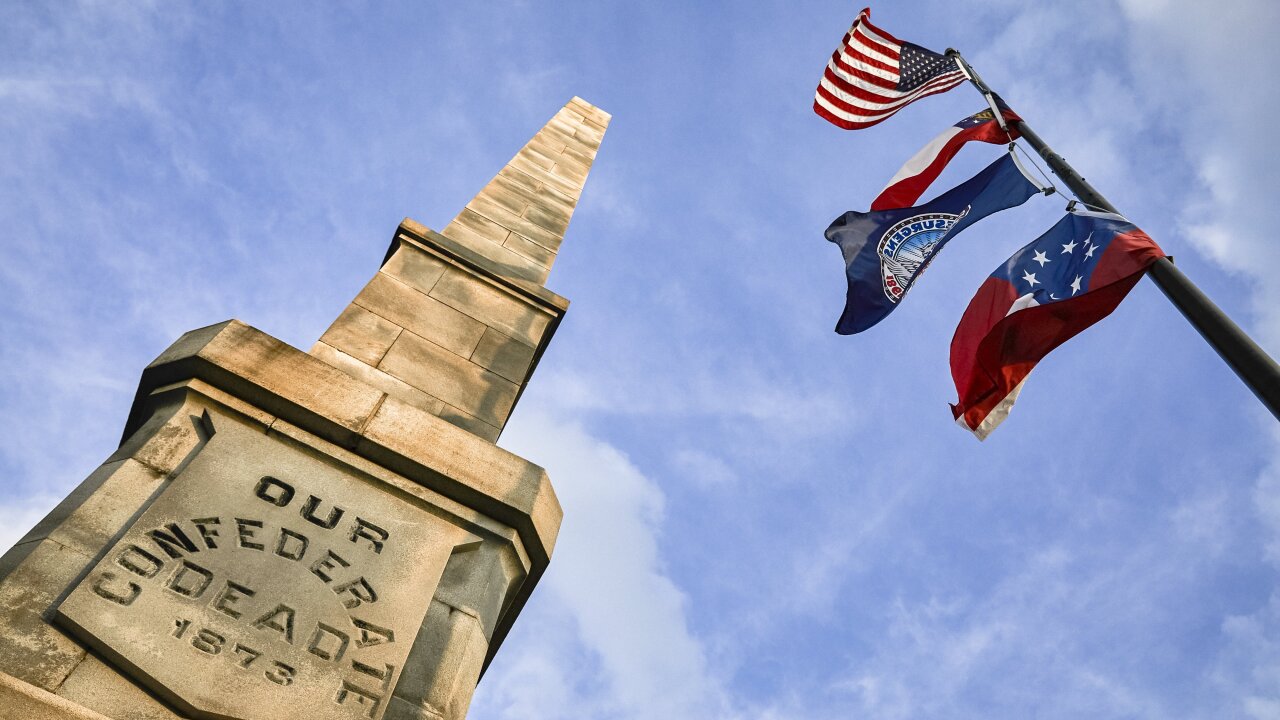 The city of Atlanta will install markers next to Confederate monuments to give context to the painful history they represent.

The city of Atlanta will install markers next to Confederate monuments to give context to the painful history they represent.

The first of the markers, funded by the Atlanta History Center, will be installed as early as Friday at the Peace Monument in Piedmont Park. A committee says it promotes the “Lost Cause” mythology, which portrays the Confederacy nobly by suggesting it was state’s rights, not slavery, that prompted secession and the Civil War.

The Peace Monument, for example, honors Confederate veterans while omitting the experiences of enslaved African Americans.

The panels will give historical information about the time the monuments were built, said Sheffield Hale, president and CEO of the Atlanta History Center.

Hale told CNN he hopes the markers will “provide additional information and a starting point for people to have a conversation about these monuments and what they’re about, what they represent and don’t represent, and to do it in a fact-based way.”

Markers also will be installed at a monument on Peachtree Battle Avenue and, in historic Oakland Cemetery, the Lion of Atlanta and an obelisk.

Markers will combat the ‘Lost Cause’ narrative

This comes as communities across the country confront Confederate monuments and debate how to handle them. Cities like New Orleans have removed them from public display.

The conversation took on renewed urgency following the killing of counterprotester Heather Heyer at a white nationalist rally in Charlottesville, Virginia, in August 2017. Those events unfolded after the city said it planned to remove a statue of Confederate Gen. Robert E. Lee.

An Atlanta committee, formed in the aftermath of Charlottesville, previously called for the city to remove at least two Confederate monuments and rename streets that honored the Confederacy or its leaders.

But there was one problem. The monuments are protected by state law and their removal is prohibited.

By adding contextual markers, communities can counter the Lost Cause, which became widely recognized as former Confederates tried to rationalize and cope with their defeat.

“This was passed down from generation to generation,” Hale said, “with amazing ability for people to take on the narrative and directly contradict what happened, and it continues to this day.

“The South lost the war, but they won the retelling of the war nationwide.”

Historians want to start a conversation

The panels that will be installed next to Atlanta’s Peace Monument explain the history of the Gate City Guard of Atlanta. It was one of the first groups of volunteers to enlist with the Confederate Army in 1861. After the war, the group of veterans reformed and later embarked on a reconciliation effort.

The monument was dedicated in 1911, during the Jim Crow era. The panel says its inscription “promotes a Reconciliation narrative centered on white veterans,” while excluding Africans Americans and “ignoring the acceptance of segregation and white supremacy by both Southern and Northern populations.”

The panel goes on to say, “This monument should no longer stand as a memorial to white brotherhood; rather, it should be seen as an artifact representing a shared history in which millions of Americans were denied civil and human rights.”

Hale hopes the panels will serve as an example to other communities grappling with their own Confederate monuments and will help foster discussions and learn how to best address them.

“If you remove the statue, you remove the conversation,” Hale said. “For me and many historians, they provided that ability to spark a conversation and put it in our face that we did not have a perfect past — far from it, in the South.”