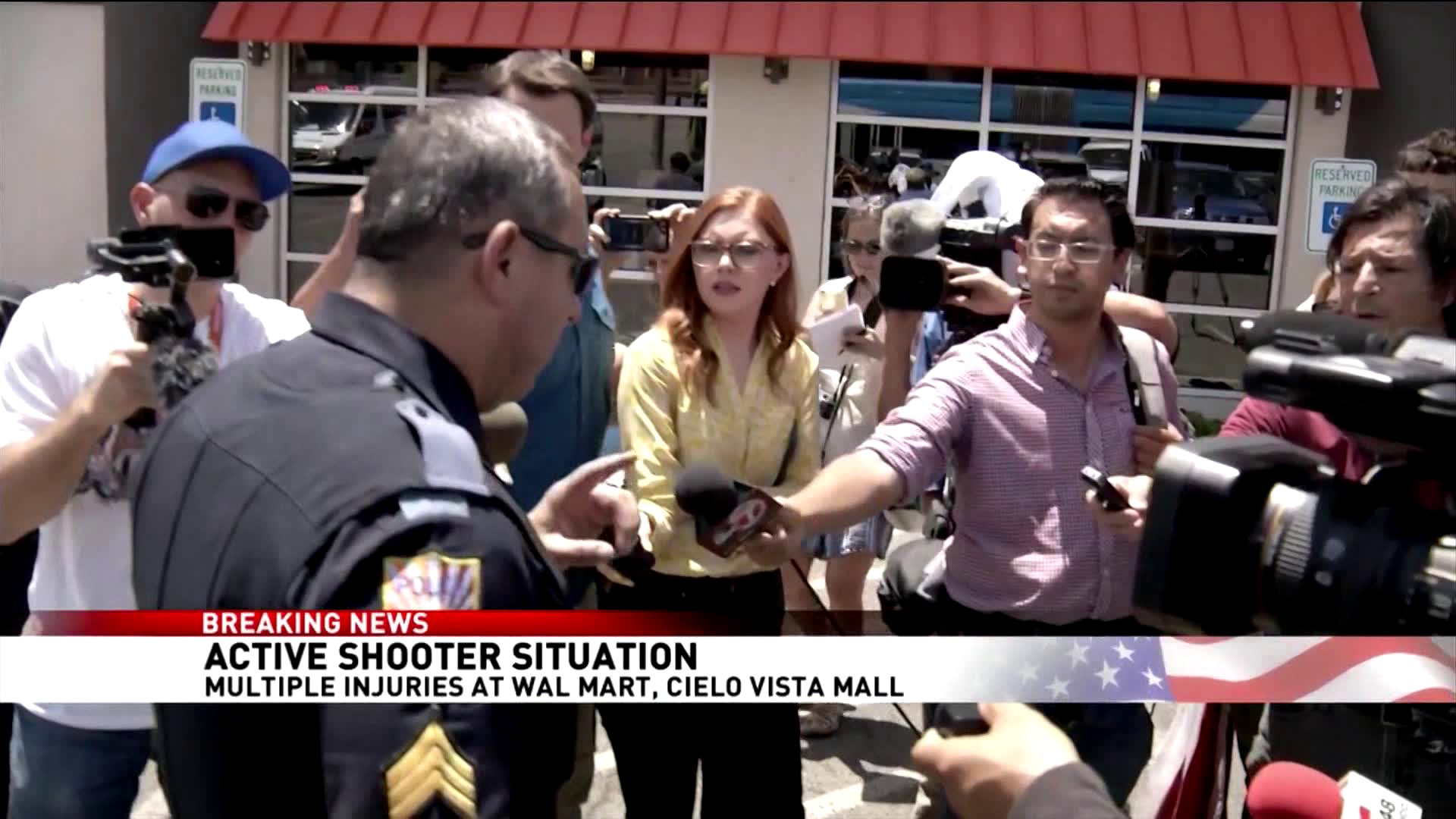 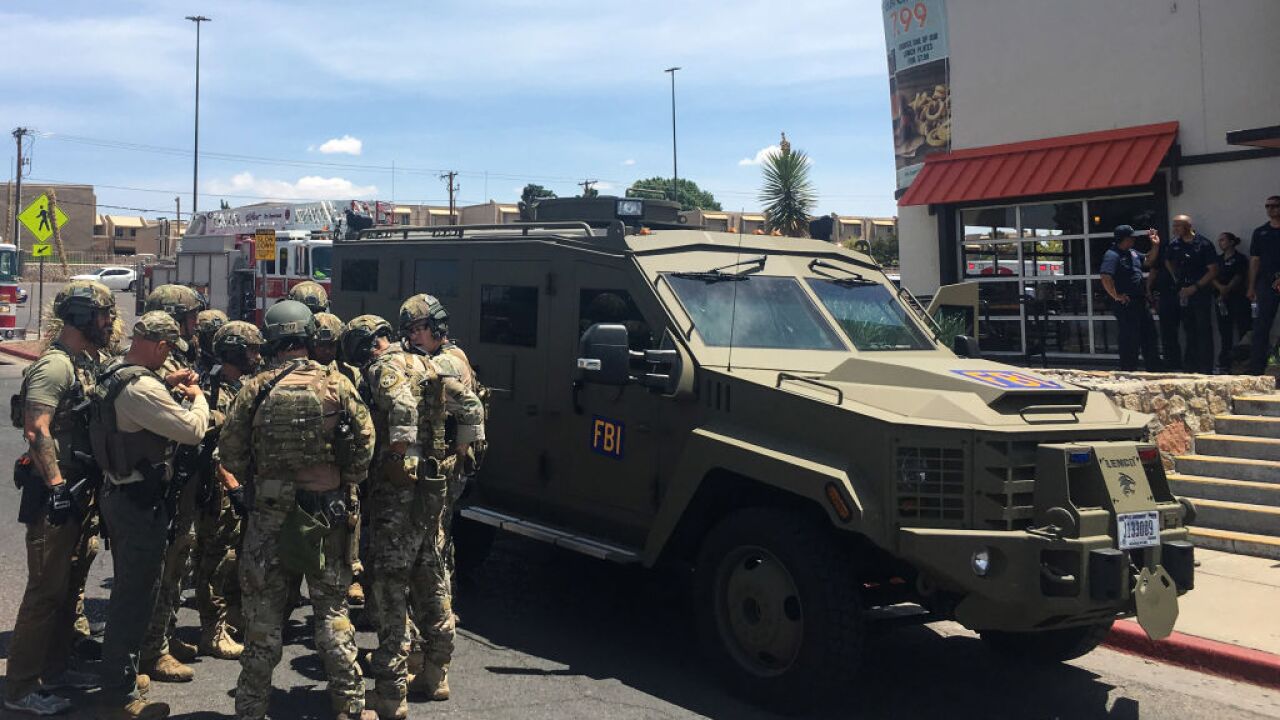 EL PASO, Texas -- A 21-year-old man from Allen, Texas, is in police custody after a shooting at an El Paso shopping center that killed 20 people and left 26 others injured, according to El Paso Police Chief Greg Allen.

Authorities are looking at potentially bringing capital murder charges against him, Allen said.

The case also has a "nexus to a potential hate crime," he said.

"Right now we have a manifesto from this individual that indicates to some degree a nexus to a potential hate crime," Allen said.

CNN previously reported the suspect is 21-year-old Patrick Crusius of Allen, Texas, just outside Dallas, according to three sources.

Two federal law enforcement sources and one state government source confirmed the suspect's identity. The federal sources said investigators are reviewing an online writing posted days before the shooting that may speak to a motive.

The online posting was believed to be written by Crusius, the sources said, but that has not been confirmed.

Police began receiving reports of an active shooter around 10 a.m. (noon ET), Gomez said in a news conference. Authorities were initially given multiple possible locations for the shooting, Gomez said, at a Walmart and the Cielo Vista Mall next door.

"This is a large crime scene, a large area," Gomez said of the scene. "So we are systematically going through it and making sure that anybody in the area -- number one, we're ruling out that no one is a suspect, and we're also making sure that those people that were separated or hurt are getting the care that they need."

At least 23 injured, according to hospitals

Multiple agencies, including the FBI and the local sheriff's department, have responded to assist El Paso authorities.

"This was a massacre," US Rep. Veronica Escobar, who represents the area, told CNN. Escobar has received conflicting reports on the numbers of casualties, she said, but added, "The numbers are shocking."

At least 23 people were injured, according to spokesmen for two local hospitals.

Thirteen people were taken to the University Medical Center of El Paso, spokesman Ryan Mielke told CNN, and one of them has died. Two children with non-life-threatening injuries were transferred to a children's medical facility, Mielke said.

Eleven victims were transported to the Del Sol Medical Center, hospital spokesman Victor Guerrero said. Nine of them are in critical but stable condition, he said.

A family reunification center has been set up at MacArthur Elementary School for families who might have been separated, Gomez said.

'You don't think it could happen here'

Walmart issued a statement regarding the shooting, saying, "We're in shock over the tragic events at Cielo Vista Mall in El Paso. ... We're praying for the victims, the community & our associates, as well as the first responders."

Inside the Cielo Vista Mall, crowds hid inside stores after hearing reports of an active shooter, according to 26-year-old Brandon Chavez, an employee at Forever 21.

Chavez had just started his shift when he saw customers and staff members running to the stock room to take shelter.

"There were about 20 children and adults, plus employees, hiding, all cramped like sardines," he told CNN. "Most of us were desperate, some were on their phones. There were girls crying, people trying to talk to each other and women with babies in their arms."

Store employees had closed the glass doors but he could see police officers walking around the mall and evacuating people from other stores.

After police officers knocked on the store's doors, Chavez said his group had to leave the store, forming a line with their hands up and running.

In a shaky Snapchat video aired by CNN, a woman holding the camera frantically runs with a small group of girls or women through a Cielo Vista mall department store and into a parking lot.

As the group hurries past racks of clothes and cases of merchandise, voices off camera shout, "Hands up!"

Once in the parking lot, one member of the group asks, "What happened?"

Another video, shot from outside the Walmart, showed people lying on the ground, some of them next to a table set up by the store's entrance.

"There's a man lying down at the stand that a school set up," the man holding the camera says in Spanish.

"Help!" a man screams in English.

Landry's had already gone on lockdown, he said, but opened its doors when the employees ran there.

"We never thought it would be so close to us this time," Collazo said. "You see on the news all the time, but you don't think it could happen here until it does."

Employees at the nearby Hooters and Red Lobster told CNN they were safe and saw a lot of police, helicopters and people running around outside.

Blood donations are urgently needed, and authorities said if local residents want to help, they should make appointments to do so.

Frances Yepez, waiting in line at one blood donation center, said the center was at max capacity and dozens of people were waiting to make appointments for Sunday or Monday.

"It's easy to make a dollar, but it's harder to make a difference," she said. "So I get out there and do whatever I can do to help."

She said the mood there was somber, and she could hear sniffling as the crowd of people learned updates over the television.

President Donald Trump has been briefed on the shooting, and the White House is monitoring the situation, Deputy Press Secretary Steven Groves said in a statement.

"Terrible shootings in El Paso, Texas," the President tweeted Saturday afternoon. "Reports are very bad, many killed. Working with State and Local authorities, and Law Enforcement. Spoke to Governor to pledge total support of Federal Government. God be with you all!"

Democratic presidential candidate Beto O'Rourke, who once represented the area in Congress, addressed the shooting while at a speaking event in Las Vegas.

"We know there is a lot of injury, a lot of suffering in El Paso right now," he said. "I am incredibly sad and it is very hard to think about this."

"But I'll tell you, El Paso is the strongest place in the world," he added. "This community is going to come together."

O'Rourke said he would be cutting short his trip to Las Vegas to return to El Paso.

"Texans grieve today for the people of this wonderful place. We united in support of all the victims. We thank First Responders for their swift action," the governor said. "We ask God to bind up the wounds of all who've been harmed."

The scene is unfolding in the same week two employees were fatally shot at a Walmart store in Southaven, Mississippi, and three people were shot and killed at the Gilroy Garlic Festival in California.