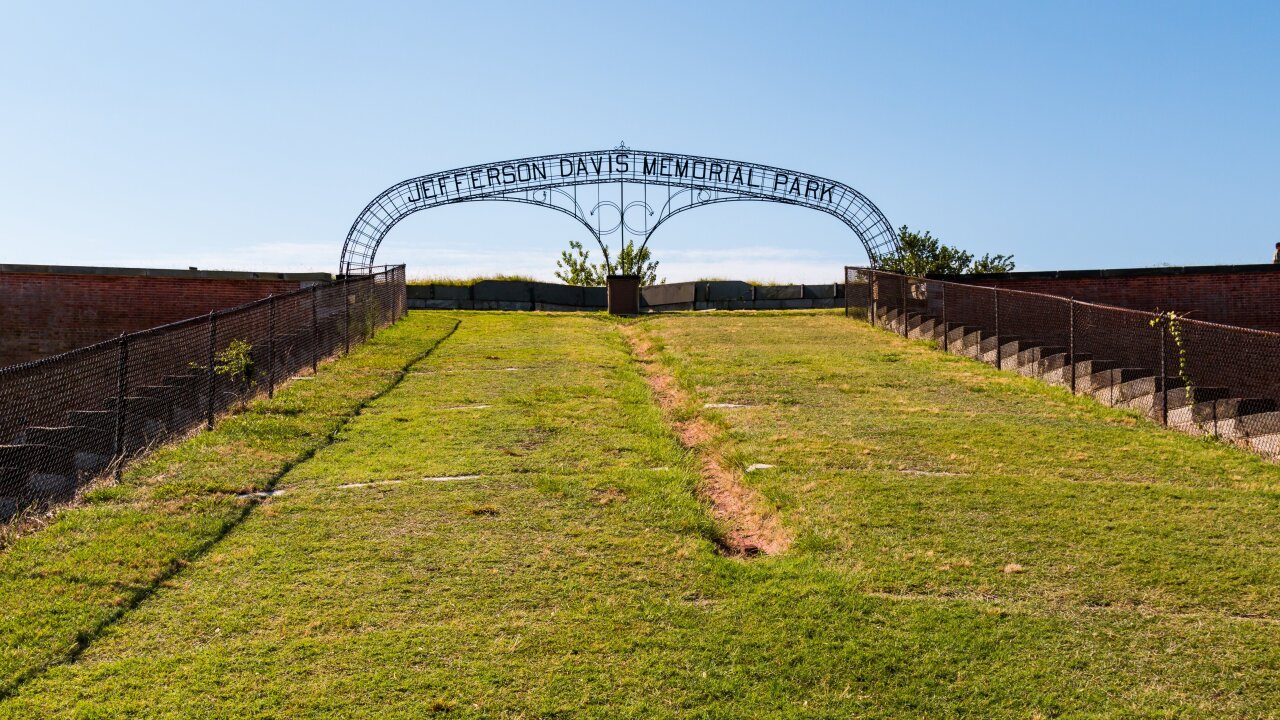 The letters on the double-arched gate to Jefferson Davis Memorial Park at Fort Monroe were removed Friday.

HAMPTON — The name of Confederate President Jefferson Davis has been removed from an arch at the Fort Monroe historic site in Hampton, Virginia.

“Fort Monroe is where the first enslaved Africans arrived on our shores in 1619,” Virginia Gov. Ralph Northam tweeted on Friday — the same day letters spelling out “Jefferson Davis Memorial Park” were taken down by workers.

“A memorial glorifying the President of the Confederacy has no place here.”

Northam in April wrote the Fort Monroe Authority board of trustees to request the removal of “a memorial glorifying the President of the Confederacy” before the start of events at the site this month marking the 400th anniversary of the arrival of the first enslaved Africans, CNN affiliate WAVY-TV reported.

“While it is appropriate to discuss and interpret Jefferson Davis’ imprisonment at Fort Monroe, it is not appropriate to glorify it,” Northam wrote before the site’s board agreed to remove the name, the station reported.

The arch was built in the 1950s in honor of the Confederate president who was held at the fort after the Civil War ended, Fort Monroe Authority Executive Director Glenn Oder said.

Oder told WAVY-TV the letters will be preserved as part of a Jefferson Davis exhibit at the Casement Museum on the site.

“This is allowing us to tell history the way it was intended to be told in terms of when the arch was installed, why it was installed and what it would mean, and it will allow people (to) interpret themselves … what the arch means for them,” Oder said.

Fort Monroe was the third oldest US Army post in continuous active service until it closed as a military installation in September 2011, according to its website.

“As the landing point for the first enslaved Africans in the English colonies in 1619 and the site of the first emancipation policy decision during the Civil War, Fort Monroe marks both the beginning and the end of slavery in the United States,” the website says.

The removal of Davis’ name from the park in Fort Monroe comes as communities across the country confront Confederate monuments and debate how to handle them. Cities like New Orleans have removed them from public display.