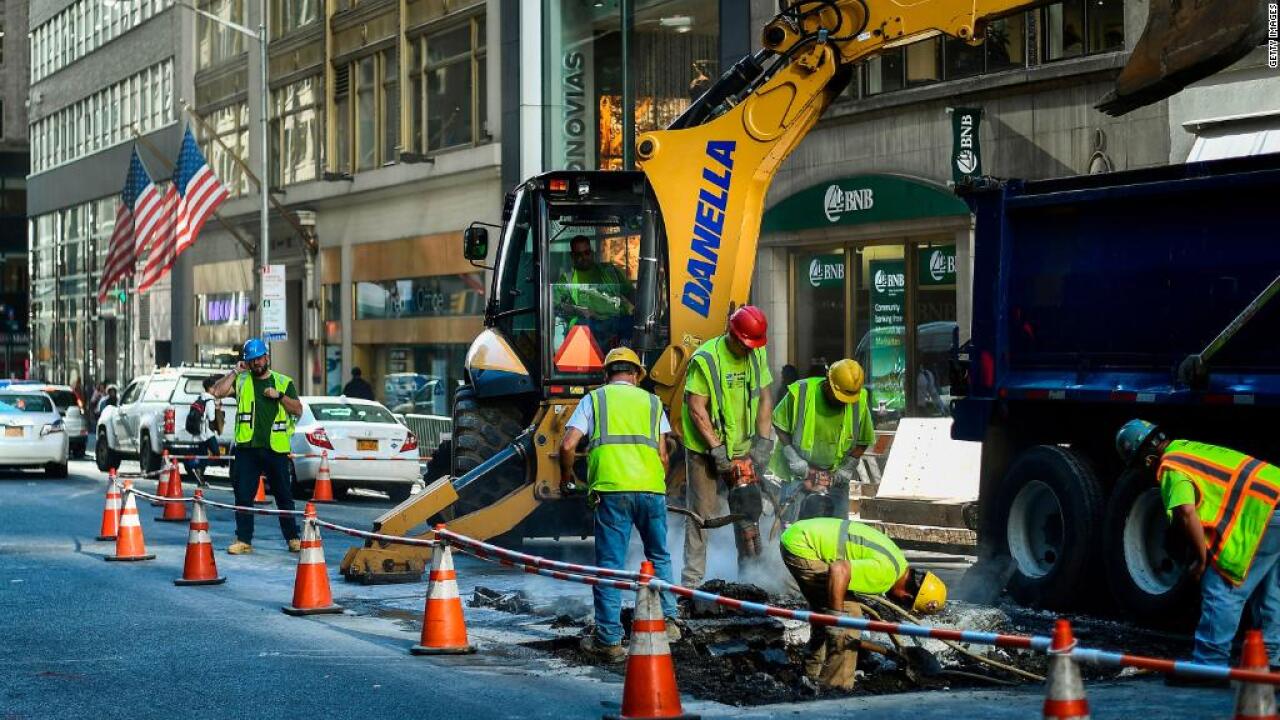 The US economy added 164,000 jobs in July, in line with expectations and the rate of growth over the last quarter.

The unemployment rate remained at 3.7%, which marks the 17th straight month that it’s been at or below 4.0%.

Wages ticked up 3.2% from a year earlier.

Although the pace of hiring has slowed, to an average of 140,000 new jobs per month over the past three months — a slowdown from a 187,000-per-month rate over the past year — employers continue to soak up more workers from the sidelines.

Meanwhile, the number of people working part time who would prefer full-time work declined by 363,000, and the broadest measure of unemployment — which also takes into account people discouraged from looking for work — declined to 7.0% for the first time this cycle. That’s the lowest point since December 2000.

Employment gains were powered by the fast-growing professional and business services and health care and social assistance. The mining and logging sector, which has been rocked by volatile oil prices, subtracted 5,000 jobs.

Manufacturing added only 16,000 jobs in July — not much for a sector with 12.9 million jobs overall — while the number of hours that factory workers work in a week declined to their lowest level since 2011.

This is a developing story. It will be updated.