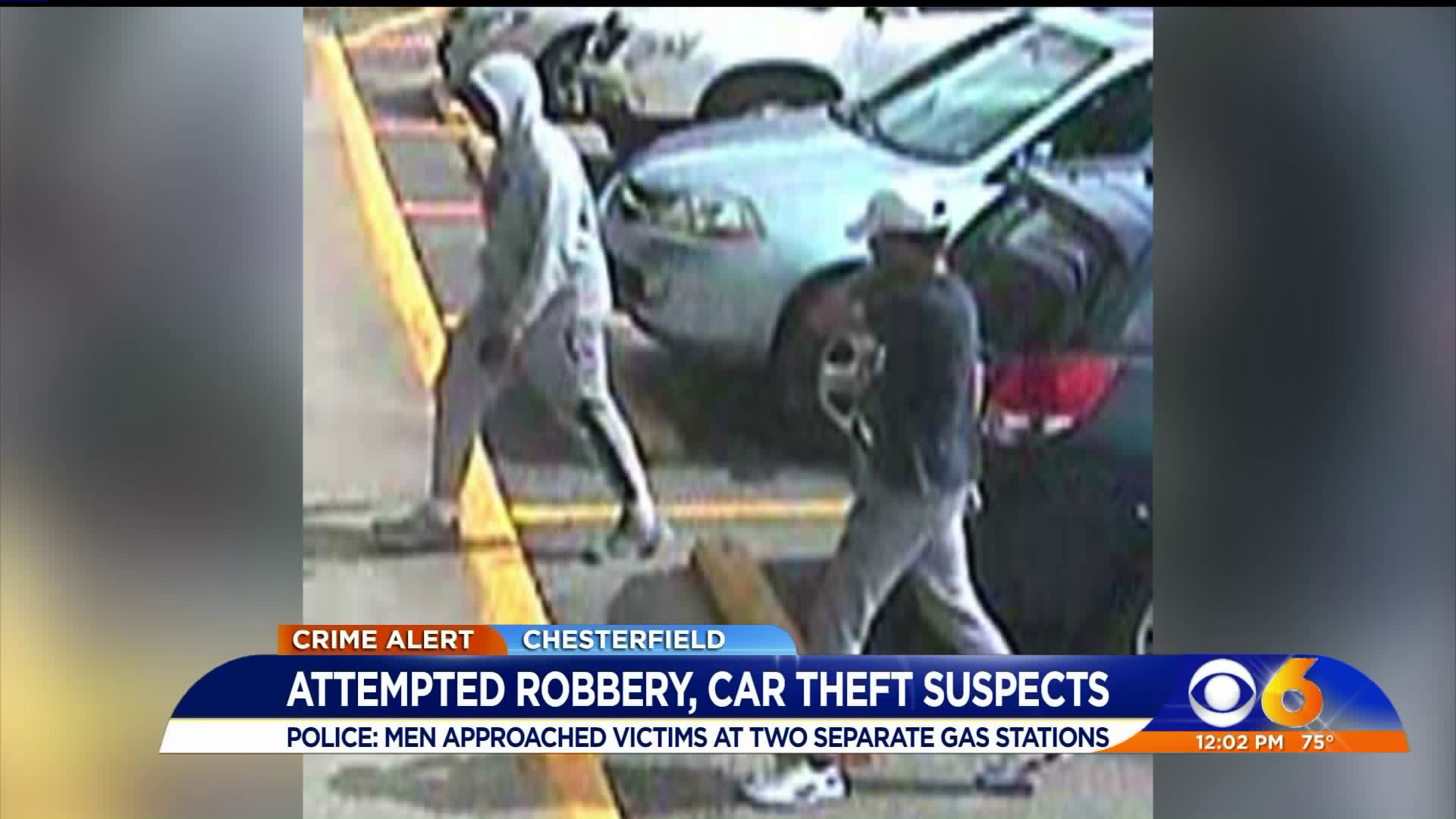 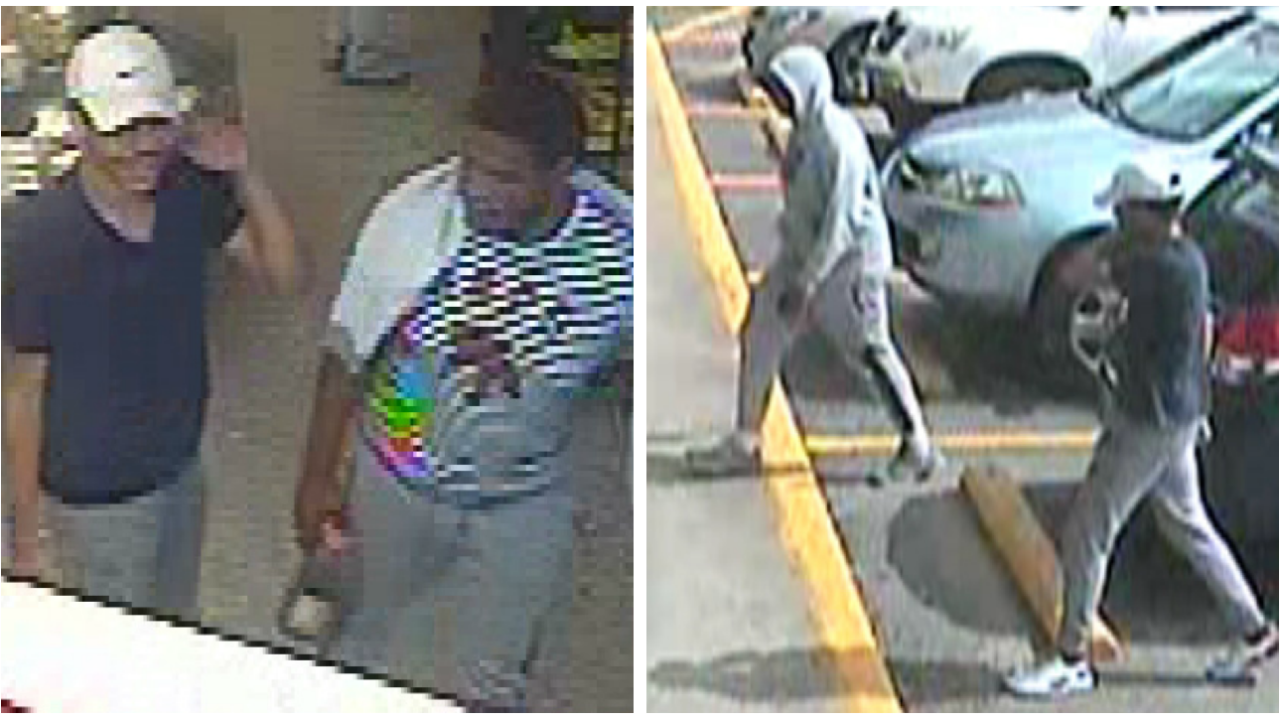 The attempted robbery occurred in a Wawa parking lot in the 7500 block of Midlothian Turnpike at about 3:40 p.m.

Police said a man was sitting in his vehicle when two unknown suspects approached him demanding money. The victim fled from the scene in his car and called the police.

The suspects were not able to obtain anything from the victim. 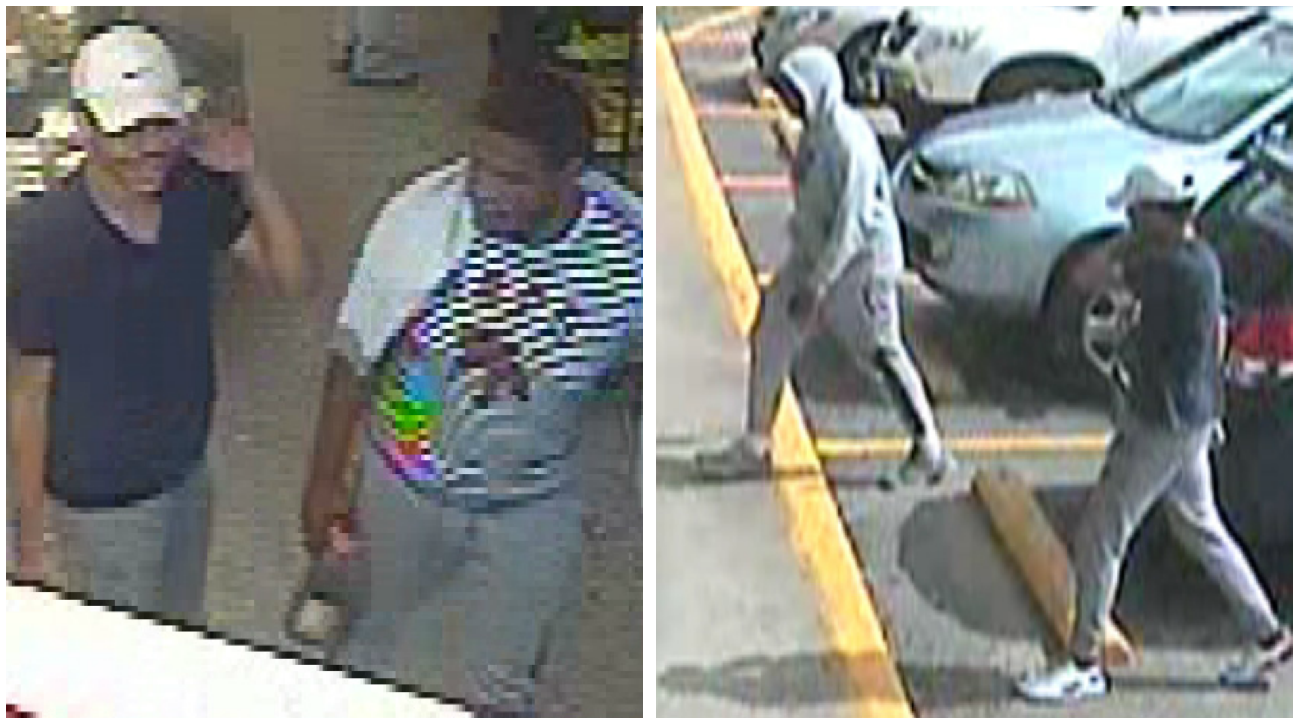 Minutes later, police were called to the 7-Eleven at 121 Turner Road nearby for a report of a motor vehicle theft. Police say the victim left his car running while he went inside the store and his vehicle was missing when he returned outside.

The vehicle, which has not been located, is described as a blue, 2004 Toyota Matrix with the Virginia tag XCK-1990.

Police are asking for the public to identify the suspects who were captured on video surveillance at Wawa and 7-Eleven.

The first suspect is described as a heavy-set black male with a dark complexion and a beard. He was described as between 18 to 25 years old and about 6 feet tall. He was last seen wearing a white T-shirt with black or red stripes and an animal logo on the front, a gray sweatshirt, gray pants and gray shoes.

The second suspect is described as a thin black male with a lighter complexion with a goatee and mustache. He was described as between 18 to 25 years old and about 6 feet tall. He was last seen wearing a white Nike hat, a black T-shirt, gray sweatpants and white shoes.