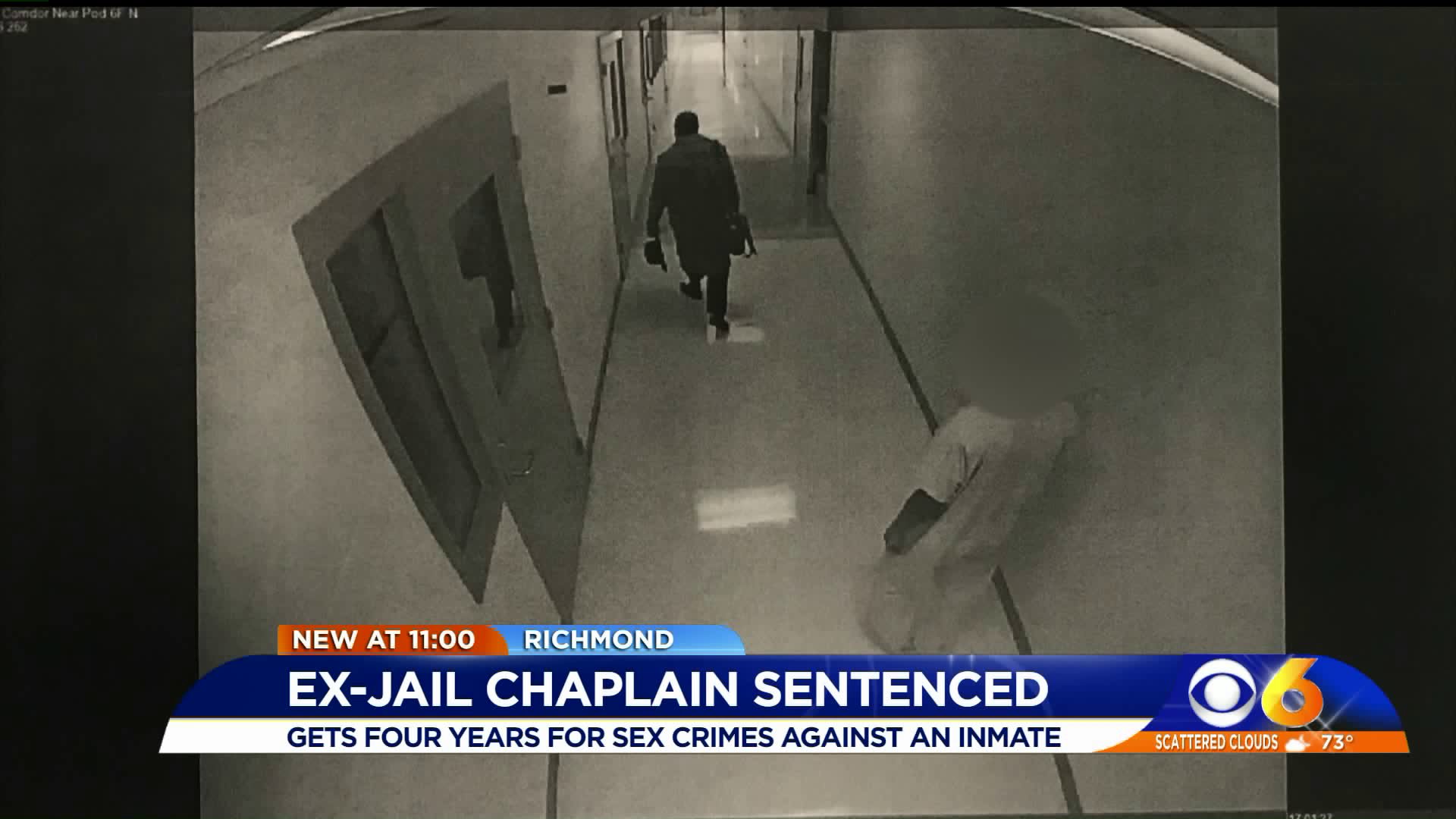 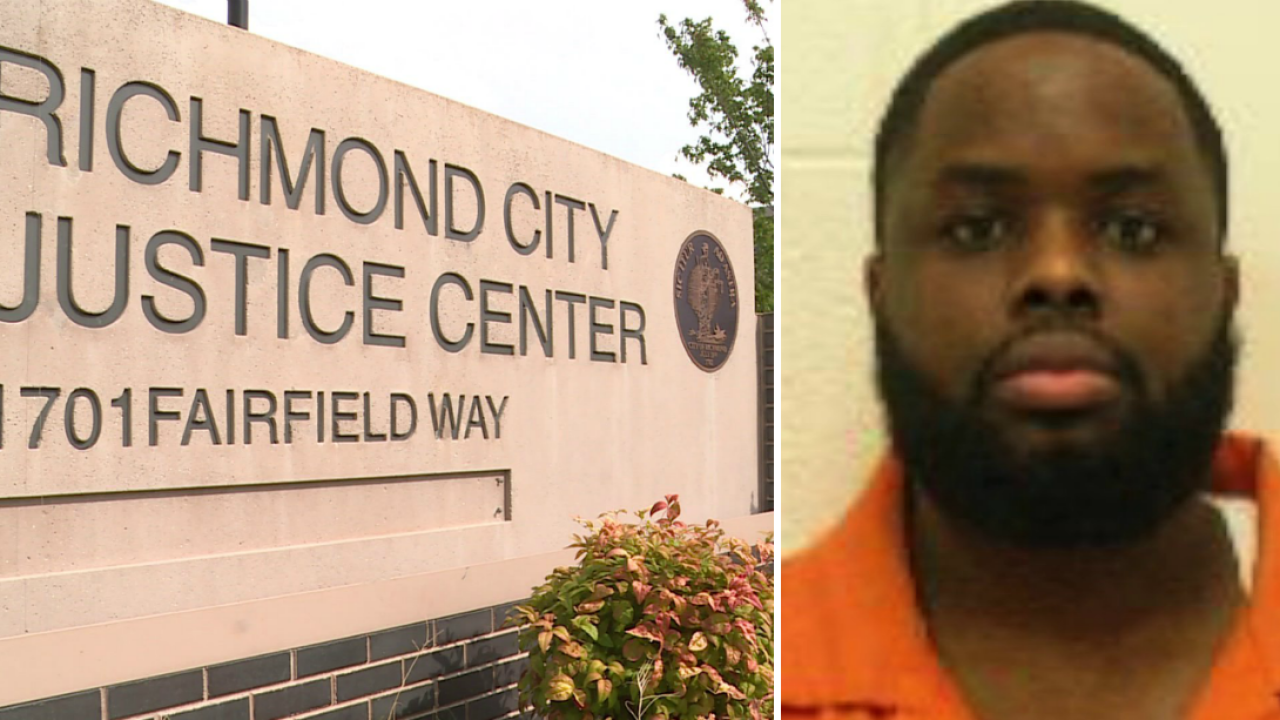 RICHMOND, Va. – A Richmond Circuit Court judge sentenced a former chaplain with the Richmond City Sheriff's Office after he was convicted on sex crimes with an inmate.

Online records showed Matthew Mellerson, 30, was sentenced to four years in jail on four felony counts of carnal knowledge with an inmate on Thursday.

A grand jury on June 6, 2018 indicted him on six counts of carnal knowledge of an inmate and two counts of sexually abusing an inmate.

CBS 6 obtained stills from surveillance video inside the city jail that prosecutors entered into evidence during trial. They showed what appeared to be the defendant and his victim entering a room called The Healing Space.

Richmond Times Dispatch reported the inmate was able to obtain Mellerson's DNA, preserve it in a bottle, then gave it to another deputy.

Crime Insider sources said Mellerson was a chaplain and sheriff's deputy before he was fired.

Mellerson denied a request for an interview on Friday.

He currently sits inside the Henrico Jail East in New Kent County.