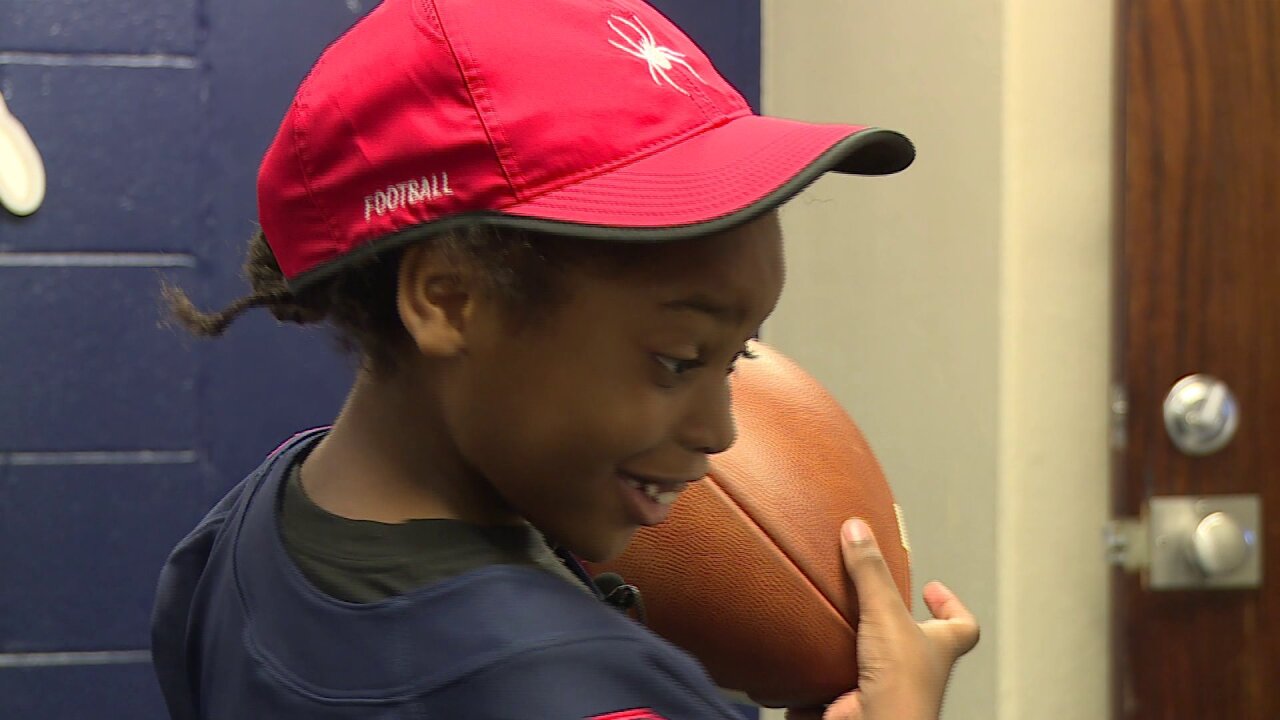 RICHMOND, Va. -- A Henrico 7-year-old is getting the opportunity of a lifetime, as became a part of the University of Richmond's Football team Friday afternoon.

"The University of Richmond Football drafts Ianias Dawson from Henrico Virginia to be a member of the football team," said Head Coach, Russ Huesman.

7-year-old Ianias Dawson, from Henrico was drafted to the team on Friday. The team gave him a jersey with his favorite number, 18.

The special draft was made possible through Team Impact, a non-profit that matches children who have a serious or chronic illness, with a sports team.

"I’m excited because I’m going to be on the team," said Dawson.

Dawson was diagnosed with sickle cell anemia in 2011, a condition in which there aren't enough healthy red blood cells to carry the right amount of oxygen throughout your body. Now eight years later, he's a college football player.

I didn’t ever think that he would be welcomed this way and to be able to have a university stand behind him and his illness and support him," said Dawson's mom, Indira Merritt.

His duties on the team with consist of attending home games and practices as the schedule permits. He will also wear a University of Richmond jersey to games, have fun and cheer on the Spiders.

"We don’t really know what to expect but definitely some bonding, being able to have some mentors and some people to look up too," said Merritt. "And I think that he will be able to make some life long friendships and relationships with this team.”