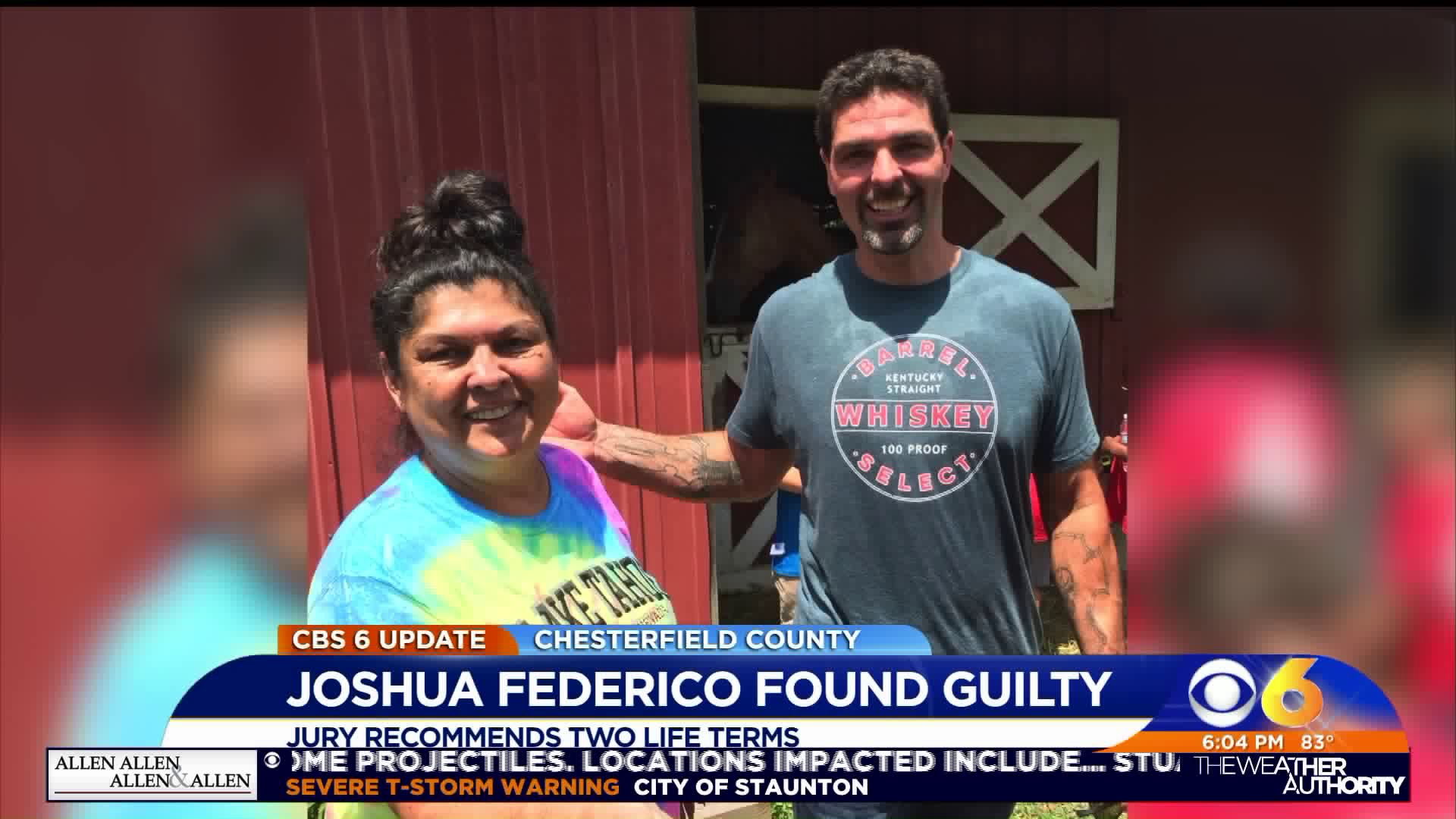 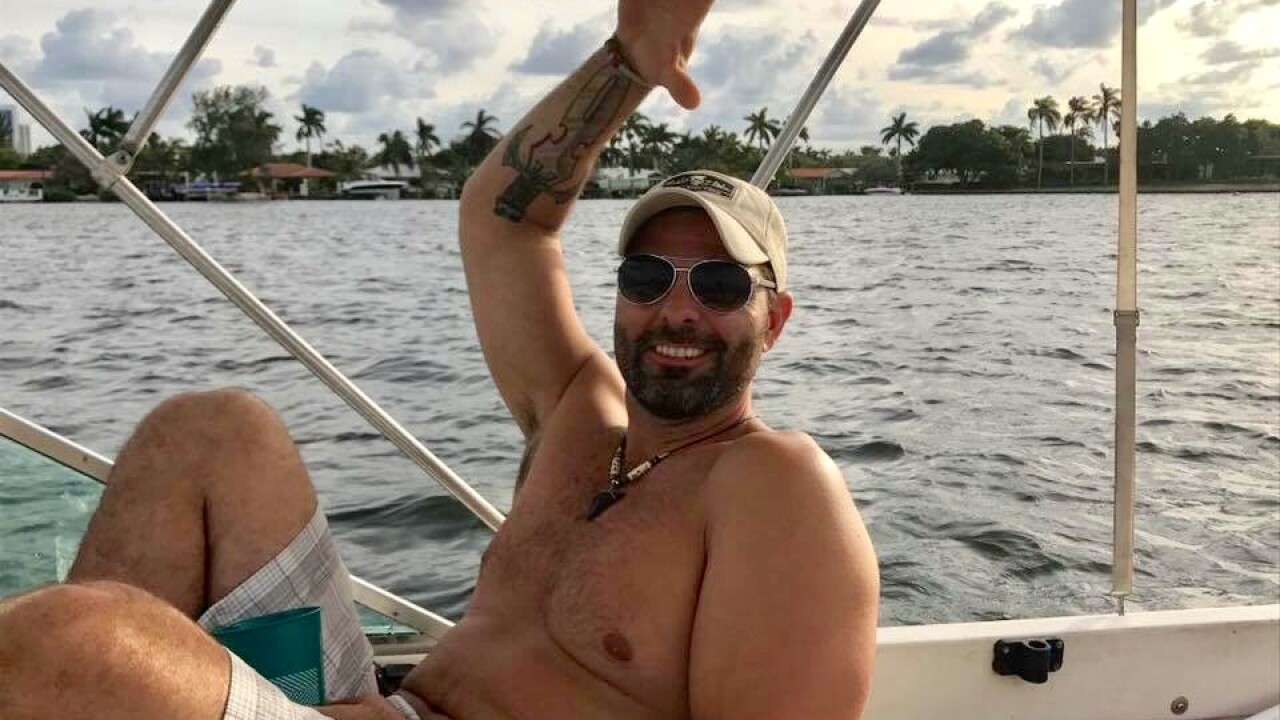 CHESTERFIELD COUNTY, Va. -- The families of Lawrence Howell and Sarah Federico breathed a sigh of relief outside the Chesterfield Courthouse Thursday afternoon.

Joshua Federico, Sarah’s estranged husband, was convicted on seven felony charges connected to an August 2018 shooting at Sarah’s home on Second Branch Road that killed Howell and left Sarah permanently paralyzed. Howell and Sarah Federico, who began a relationship in the months prior, found out they were pregnant only weeks before the shooting, their families said following the verdict.

“I just said, 'Thank you, Jesus,” said Brenda Leyva, Howell’s mother. “All those thoughts, like, 'Oh now he won’t be at our picnics.' Those have gone through our minds and will... always.”

Leyva testified during sentencing about what she loved most about her son: his heart for other people. During her testimony, multiple jurors were seen wiping tears from their eyes.

“I could have attacked Joshua, and told him how miserable he made our life. Or I could let people know what a loss we have with Larry -- and I chose to do that,” Leyva said.

“They couldn’t give him anymore, I don’t believe, so yeah, we’re satisfied with that. I’d settle for about five minutes with him,” said Edward Grove, Sarah Federico’s father.

During trial, Joshua’s defense questioned Sarah’s honesty and fidelity. Sarah left Joshua and moved in with Howell a few months later, according to testimony. Grove said it took every ounce of energy for Sarah to stand before the court and tell jurors he was the one who shot her.

“It took every ounce of energy she had to come in and sit, what, 10 feet away from that monster,” Grove said. “The defense decided that their best case was to trash my daughter. I think the jury speaking to the two life terms plus 43 years says that was not the way to go.”

Following the jury’s verdict, friends of Joshua Federico declined to comment. During sentencing, one of his longtime friends said Federico loved his two children, who he had from a previous marriage, and that he had never seen him yell, let alone act violently, in 20 years.

Howell and Sarah Federico’s families said they were madly in love despite only meeting a few months before moving in together. The couple learned the were pregnant only a few weeks before the shooting, their families said.

“She didn’t allow them to give her narcotics in the hospital because she didn’t want to hurt the baby, so she just endured,” said Grove about his daughter's recovery from multiple gunshot wounds.

Sarah gave birth to a their child, LJ, earlier this year, and both families said the baby is healthy.

“LJ’s given her something to live for. That’s the key,” Grove said.

“We will not raise him or Larry’s other children with doom... I promise Larry that we will raise them and play pretend games and laugh and play and it’s OK, Daddy’s in heaven,” Leyva said.

Joshua Federico will be formally sentenced in November. His bother and mother are charged in connection to a “murder-for-hire” plot. Investigators said they helped Federico try to hire a hitman to kill Sarah, her father and her brother.

All three Federicos have a status hearing in that case next month.

Depend on WTVR.com and CBS 6 News for complete coverage of this important local story.