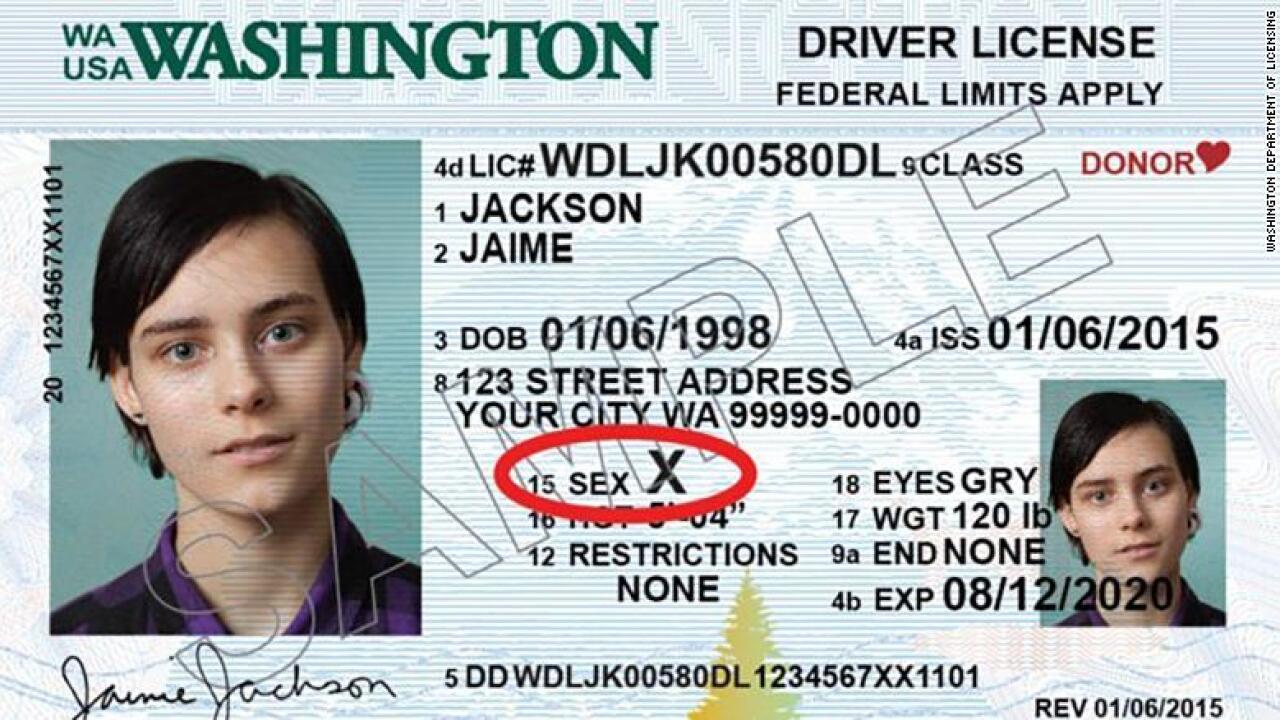 Washington state will offer a third option for gender on state ID cards, allowing those who do not identify as male or female to identify as X.

Washington state will offer a third option for gender on state ID cards, allowing those who do not identify as male or female to identify as X.

Washington state and Pennsylvania will offer a third gender option on driver’s licenses, so people who don’t identify as female or male can choose X instead.

The changes will bring the number of states that offer a third option to at least 14. Washington, DC, and New York City do, as well.

“The driver’s license or the state-issued ID cards are your primary identification documents. So by us acknowledging there are more than two forms of gender, we are acknowledging basic human rights,” said Berntsen, whose department will hold public meetings to get feedback on proposed language for the rule change.

The third option for gender could be available as early as October, Inslee said in the statement.

In Pennsylvania, the third gender option is “something that’s been on our radar and people have been asking for,” state Department of Transportation spokeswoman Erin Waters-Trasatt told CNN.

Pennsylvania officials are still hashing out what would be required of residents who want to identify as X and aim to offer the option by 2020, Waters-Trasatt said. The licenses would also be Real ID-compliant, she added.

‘Movement at a lightning pace’

The District of Columbia and Oregon in mid-2017 were among the first to add a third option for gender on driver’s licenses. Since then, the trend has grown.

“In three years, there’s been movement at a lightning pace on this issue,” Gillian Branstetter, a spokeswoman for the National Center for Transgender Equality, told CNN.

“These policies have been adopted in so many states so quickly because they are common sense,” she said.

Having to present an ID that doesn’t conform with a person’s gender presentation also can result in mistreatment, Branstetter said. People can be turned away or even outed because their license doesn’t reflect who they are.

“This is a big step toward recognizing the rights and dignity of transgender people,” she said of the Washington state and Pennsylvania initiatives.

Washington state in 2018 began allowing a third gender option on birth certificates, and adults seeking to change a birth certificate no longer need a doctor’s letter to do so. Since that rule took effect, 59 people have requested a gender X designation on their birth certificate, according to Inslee’s statement.