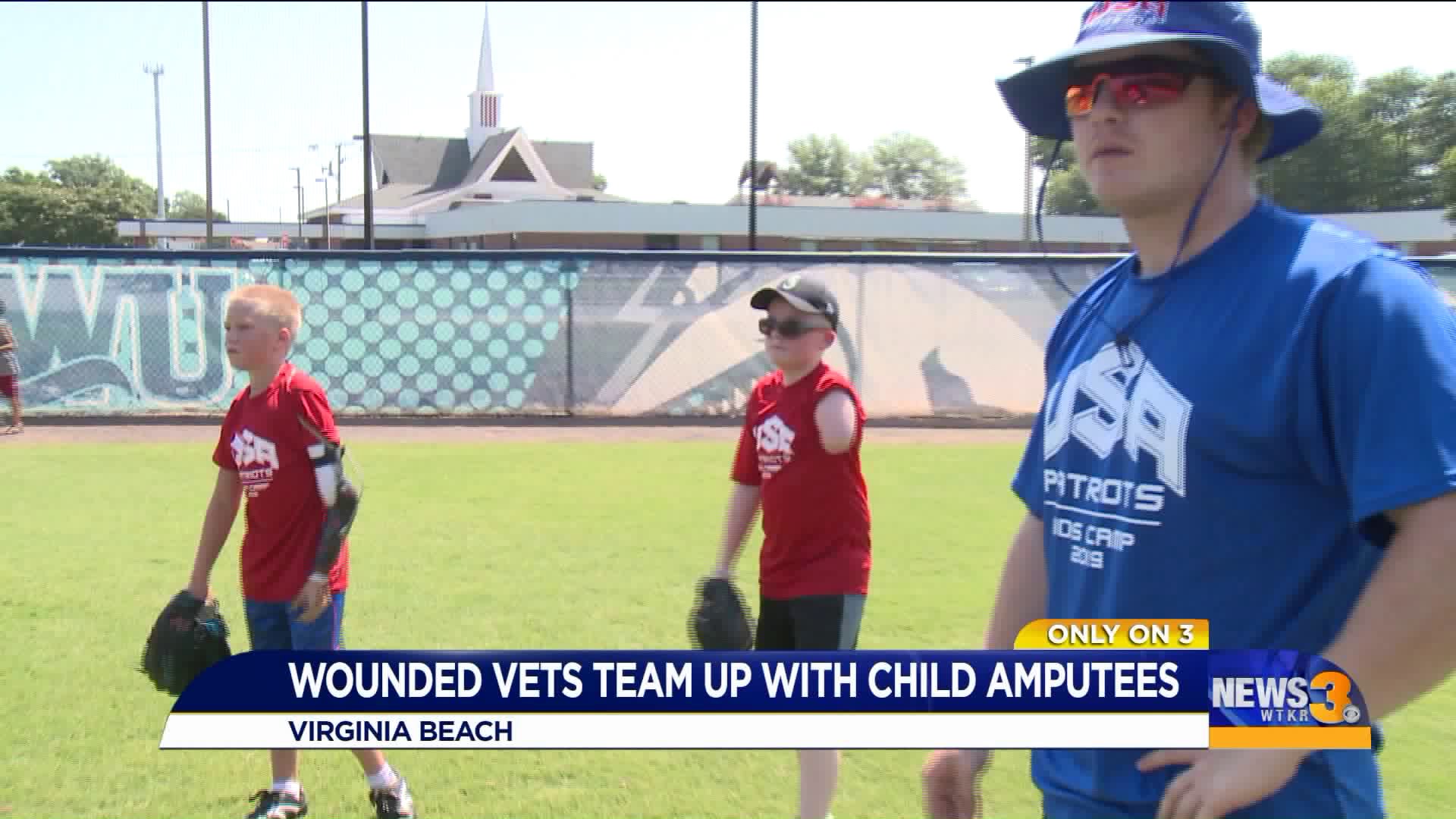 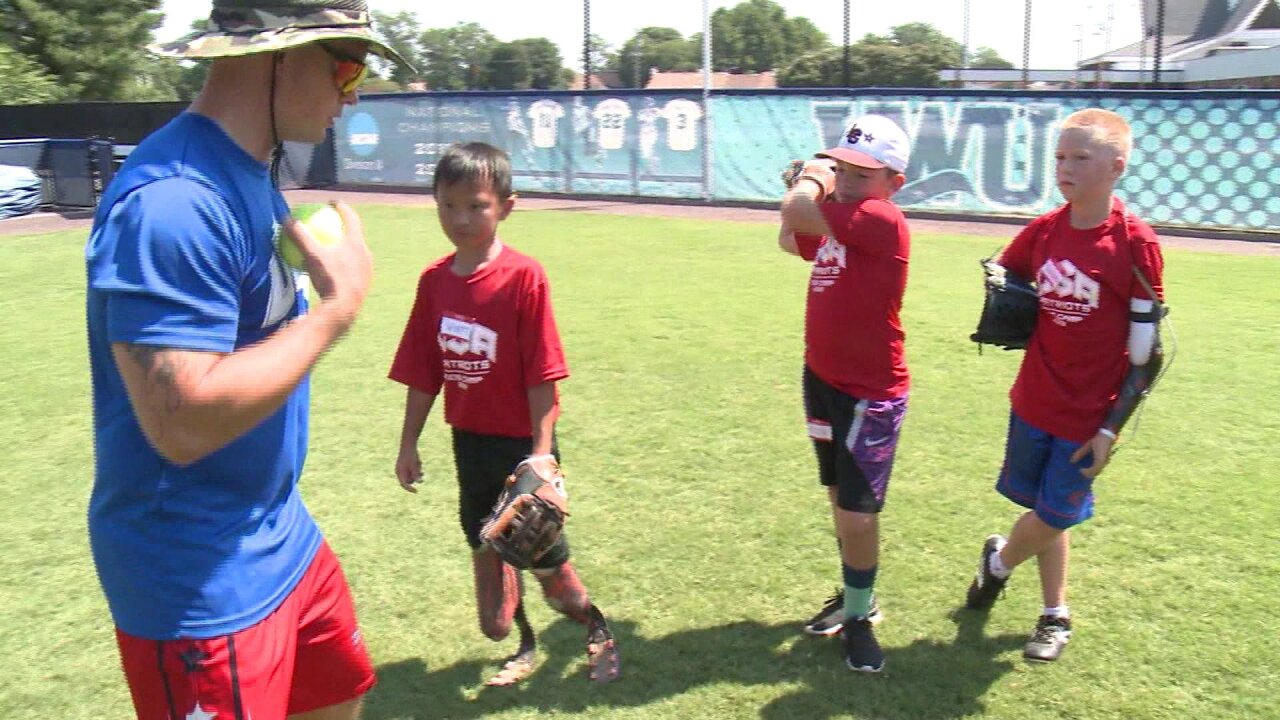 VIRGINIA BEACH, Va. -- A group of wounded veterans are taking action for children with disabilities this week in Virginia Beach.

The coaches and players come from all over the country, according to WTKR.

This week, leaders with the group USA Patriots are teaching kids who live with congenital limb loss or have suffered amputation from illness or injury the basic fundamentals of playing ball sports.

Mother of six Kristy Filbrun drove 12 hours from Ohio with her six children to attend the group's Kids Camp, which is formerly known as the Wounded Warrior Amputee Softball Team.

Her 9-year-old son Wyatt and 12-year-old daughter Jemma both participated in the camp.

“My injury is honestly one of the biggest blessings in my life,” said Josh Wege.

Wege said he signed up for the U.S. Marine Corps when he was 18 years old. He said he lost both legs in Afghanistan when his vehicle hit a 200-pound IED.

He said his injuries put life into perspective.

“I don’t put socks and shoes on in the morning. I literally have to strap legs to my body to be able to walk,” said Wege. “It changed my perspective, and I could share that with anybody else that comes out.”

He and the other veterans are sharing that positive perception with 17 kids.

“They deserve to be kids. We get to bring them out to teach them how we’ve gone through it and also learn from them, too,” said Wege.

Organizers say Virginia Wesleyan University allows them to use the fields and stay on campus for free, which saves the organization about $30,000. They said they fundraise all year to pay for the kids and one parent to be flown to Virginia Beach. They said they pay for all activities and meals while they are here.

“We want them to come here carefree and simply have a great time,” said Ellison.

“We’re here to pop that bubble that society has put on them that they’re disabled. They’re not. They’re just kids - they just got a couple more challenges to go through,” said Wege.

Filbrun said it is a powerful example for the kids to see and learn from the veterans who know the challenges they're facing.

“We got knocked down, but we got right back up and we’re still leading by example. That’s what the military taught us to do, so we're going to keep doing that,” said Wege.

The camp runs from July 29 until August 3 at TowneBank Park on the Virginia Wesleyan campus.

This is the seventh year the group has hosted the event.

The USA Patriots, formerly known as Wounded Warrior Amputee Softball Team is a 501(c)(3) public charity whose mission is to inspire and educate others while enhancing the health and welfare of Wounded Warrior Amputees. The WWAST represents some of our nation’s bravest and most determined heroes, soldiers and veterans. These men and women have sustained severe injuries resulting in amputation, and through extensive rehabilitation, they have become competitive athletes again, playing against able- bodied teams in exhibition games across the country. Their armor now includes prosthetic legs and arms, along with extreme perseverance and attitude, allowing them to continue Serving Beyond The Uniform®. Together they are the USA Patriots, America’s Amputee Softball Team.