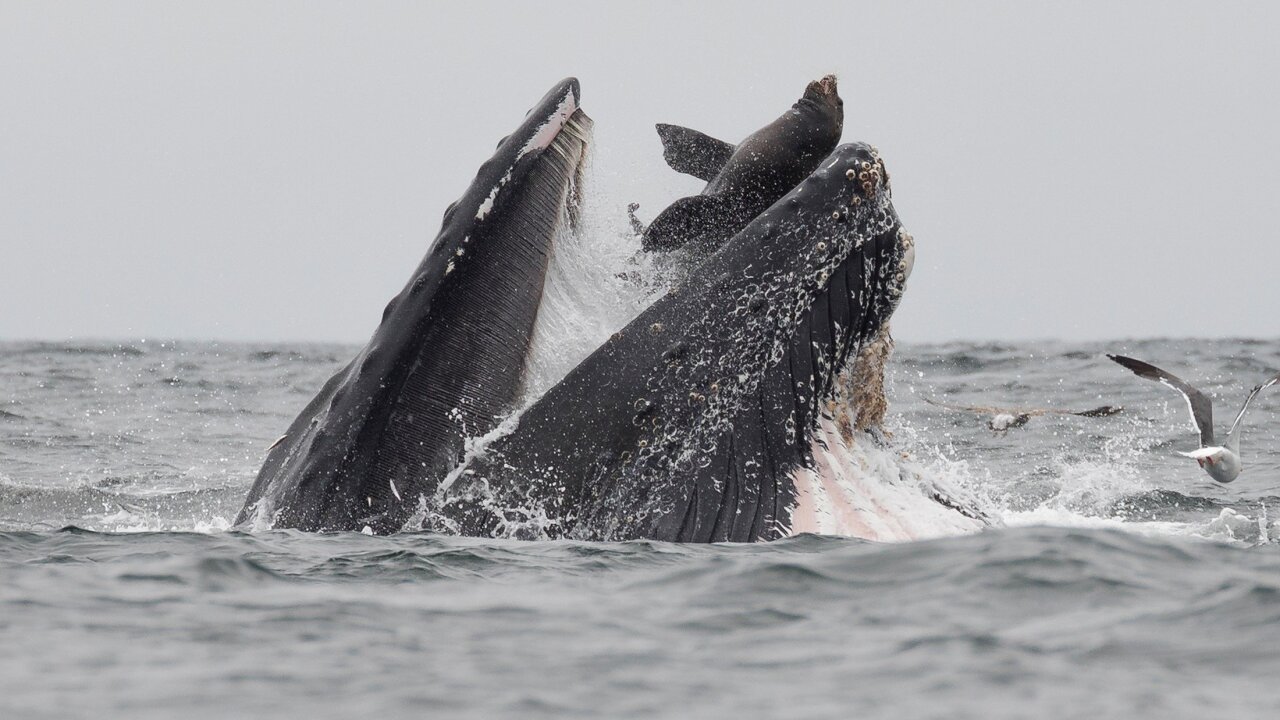 Photographer Chase Dekker has been watching whales his whole life but does not expect to see this ever again. (Courtesy Chase Dekker)

MONTEREY, Calif. – This sea lion found itself in the wrong place at the wrong time.

Chase Dekker has been photographing wildlife for nearly a decade but has never captured a shot like this. He was on a routine whale-watching boat trip last week in Monterey Bay, California, when he noticed a sea lion stuck on the nose of humpback whale.

“I didn’t even look at my camera,” Dekker said. “I just leaped up and was screaming to everyone aboard.”

The results were incredible, as Dekker was able to capture the moment when the sea lion fell into the whale’s mouth.

Don’t worry, that sea lion managed to escape to open waters, though it was probably a little shaken up.

Humpback whales are filter-feeding animals who have no interest in consuming sea lions. In fact, that whale’s esophagus is only about the size of a grapefruit or small melon, making it impossible to swallow such a creature.

To feed, these humpback whales open their mouths wide and take in large amounts of water. They filter out tiny ocean creatures such as plankton and krill, pushing the water back out. A humpback whale can hold up to 5,000 gallons of water in its mouth, according to the Maui Ocean Center.

Because the two animals are often feeding together, it makes sense that a whale accidentally catches a sea lion now and then, but up to this point, no one is known to have captured the moment.

The feeding congregation Dekker came across in this photo was made up of only three whales and maybe 200 sea lions. This was a relatively small one, according to the photographer, who has seen groups as large as 100 whales and 3,000 sea lions.

He is a native of Monterey Bay and works often as a marine biologist and photographer on Sanctuary Cruises. He is now heading to Tonga to photograph more humpback whales — but he doesn’t expect to see a sight quite like this one ever again.