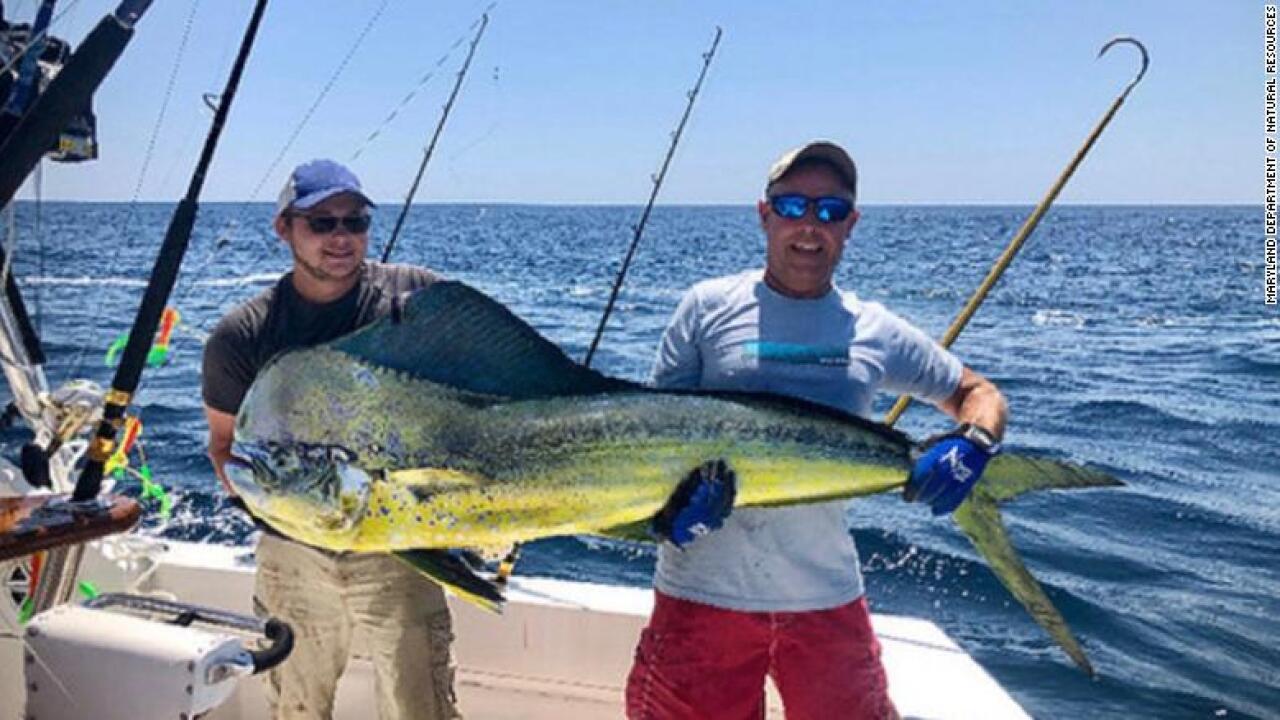 Jeff Wright spent nearly half an hour Sunday trying to reel in a monstrous mahi mahi.

He finally caught the 72.8-pound fish and is now the proud record holder for nabbing the heaviest common dolphin fish, or mahi mahi, in Maryland, according to the state Department of Natural Resources.

The fisherman caught the mahi mahi off the coast of Ocean City while practicing with friends for the upcoming White Marlin Open, the agency said.

“It literally took 25 minutes to get this in,” Wright, of Cambridge, Maryland, said in a statement. “I had to play it until it finally gave up.”

Wright’s record beat the one held by Kim Lawson by 5 pounds. It was set in July 1985.

“It’s really exciting to see anglers like Wright break records that have been on the books for decades,” Recreational Fishing Outreach Coordinator Erik Zlokovitz said. “It just shows that with a little patience you could find yourself a part of Maryland’s angling history.”