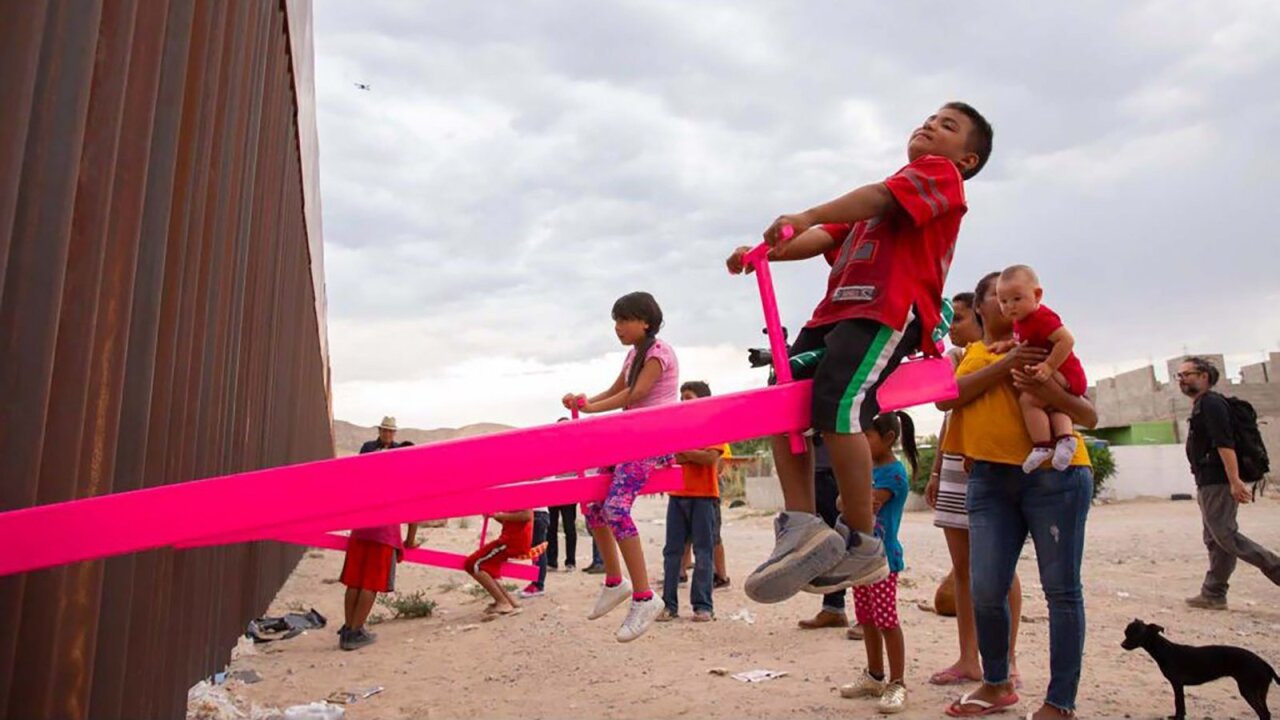 The idea for a “Teeter-Totter Wall” came from Ronald Rael, an architecture professor at the University of California, Berkeley, and Virginia San Fratello, an associate professor of design at San Jose State University — and it was a long time coming.

It may seem like an ordinary scene: children and adults playing on pink seesaws, carelessly laughing and chatting with each other.

But this is a playground unlike any other. These custom-built seesaws have been placed on both sides of a slatted steel border fence that separates the United States and Mexico.

The idea for a “Teeter-Totter Wall” came from Ronald Rael, an architecture professor at the University of California, Berkeley, and Virginia San Fratello, an associate professor of design at San Jose State University — and it was a long time coming.

In 2009, the two designed a concept for a binational seesaw at the border for a book, “Borderwall as Architecture,” which uses “humor and inventiveness to address the futility of building barriers,” UC-Berkeley said.

The New Mexico town is also where a militia detained migrants this year and where a private group built its own border wall using millions of dollars raised in a GoFundMe campaign.

But along another stretch of the border in Sunland Park Monday, the scene was dramatically different.

People from both sides came together to play in a “unifying act,” the University of California said in a statement. Participants on the Mexico side had no planning, it said.

In an Instagram post, Rael said the event was “filled with joy, excitement, and togetherness at the borderwall.”

“The wall became a literal fulcrum for U.S -Mexico relations and children and adults were connected in meaningful ways on both sides with the recognition that the actions that take place on one side have a direct consequence on the other side,” he wrote.

Rael said counterproposals for the wall created by his studio “reimagine, hyperbolize, or question the wall and its construction, cost, performance and meaning,” according to the book’s website.