Northam reflects on how democracy came to be at Jamestown commemoration 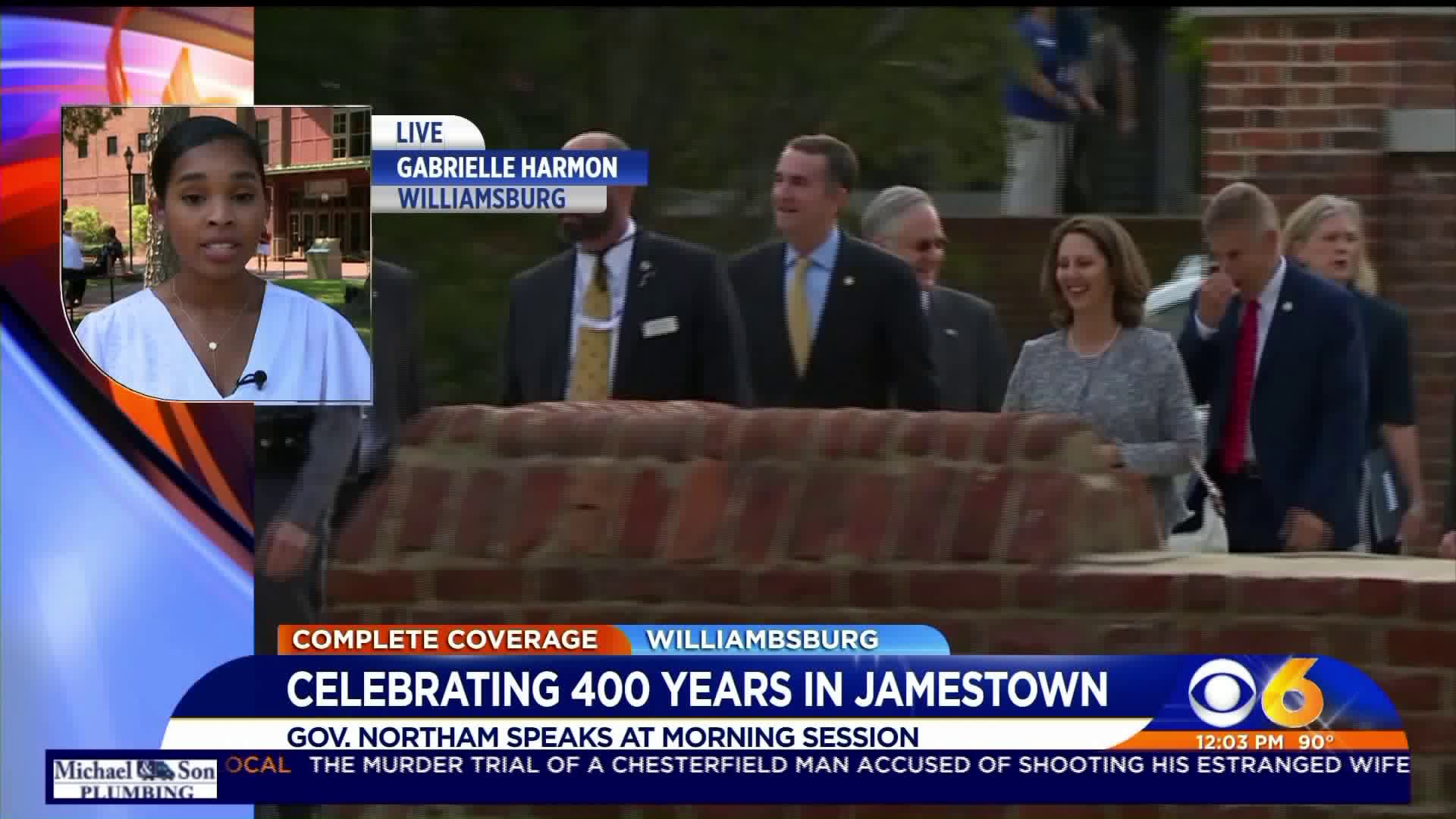 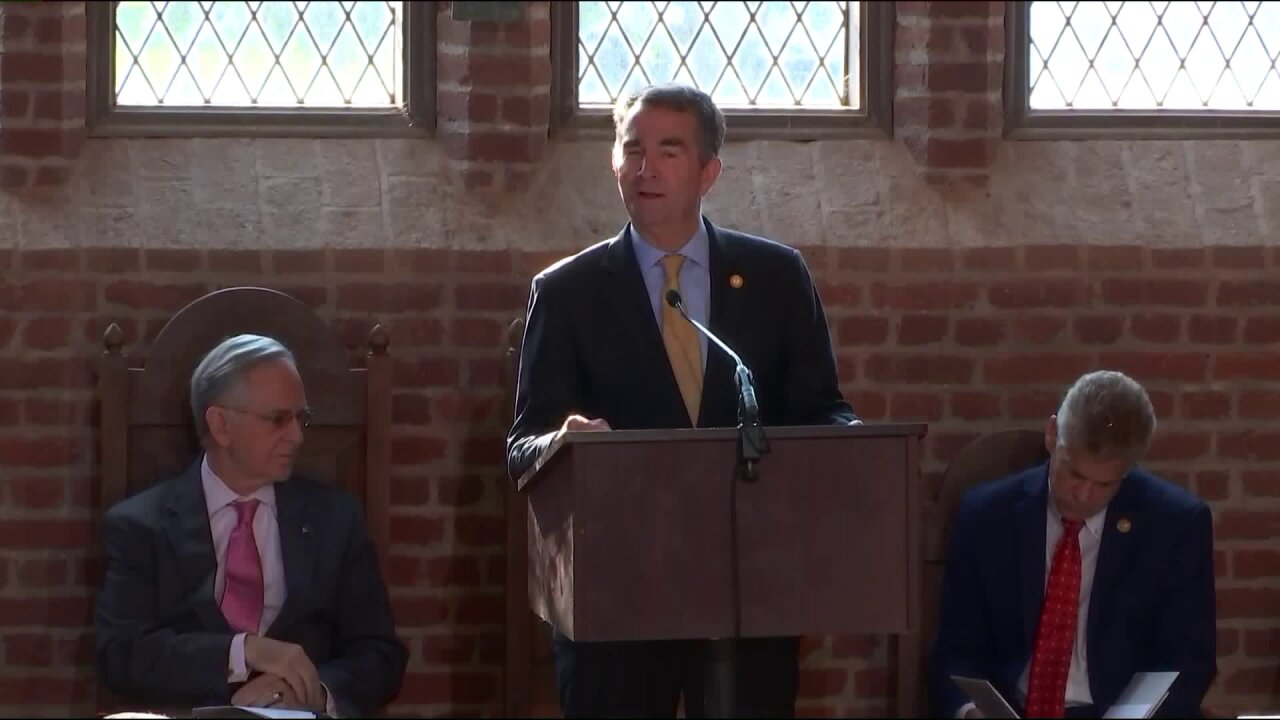 JAMESTOWN, Va. -- Several state leaders including Governor Ralph Northam spoke Tuesday morning on the importance of Virginia’s history and how democracy came to be.

The remarks came during the morning session of the 400th-anniversary celebration of the First Representative Legislative Assembly at Historic Jamestown.

Four hundred years ago, something unheard of happened in Jamestown.

“To save the colony, the men of Virginia began to make changes to make the place more attractive,” said Governor Northam.

The people of Virginia were granted the right to elect representatives to meet and create laws. An action only British Parliament at the time, was able to do.

In the summer of 1619, 22 burgesses in the Virginia Colony met and their gathering marked the first representative legislative assembly in the New World and became a model for American democracy that has influenced the world.

Now known as the Virginia General Assembly, it has the distinction of being the oldest continuous law-making body in the Western Hemisphere.

Educators in Jamestown say the settlement struggled at first.

“The significance was the settlement started in 1607, but they really struggled. They had a tough time. It was almost utopian in a way what they thought was going to happen,” said Willy Balderson, Director of Education and Interpretation for Jamestown Recovery Foundation.

But when the settlers had the ability to elect their own representatives and to create their own laws, the way Virginia was looked at was changed.

At the same time of this historic moment, another moment in history would come three weeks later.

The arrival of the first Africans in Virginia.

They were two monumental events that not only changed Virginia but the world.

“We are one of the first continuous running churches established by slaves,” said Lucy Arrington Communication Director for First Baptist Church. “We felt a strong kinship to the remains of these individuals and so we wanted to make sure we were represented here to show our honor and commitment to never forget how we arrived.”

It’s a rich history that Northam says everyone should remember and respect.

“Today as we hold these commemorations. As we commemorate the first free assembly in the free world, we have to remember who it included and who it did not. That’s the paradox of Virginia and America and of our representative democracy. A full count says we must confront and discuss those aspects of our history,” said Northam.