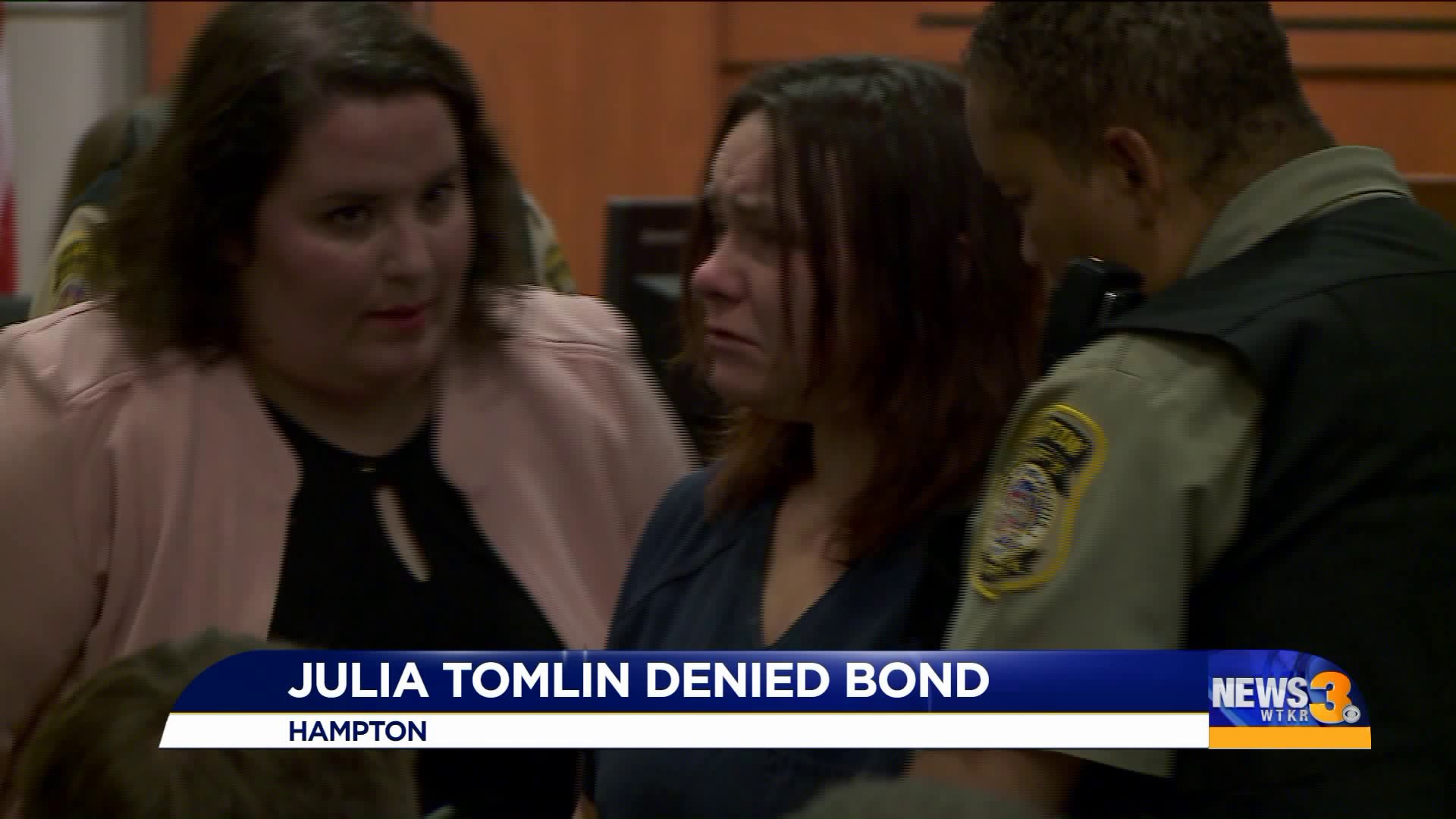 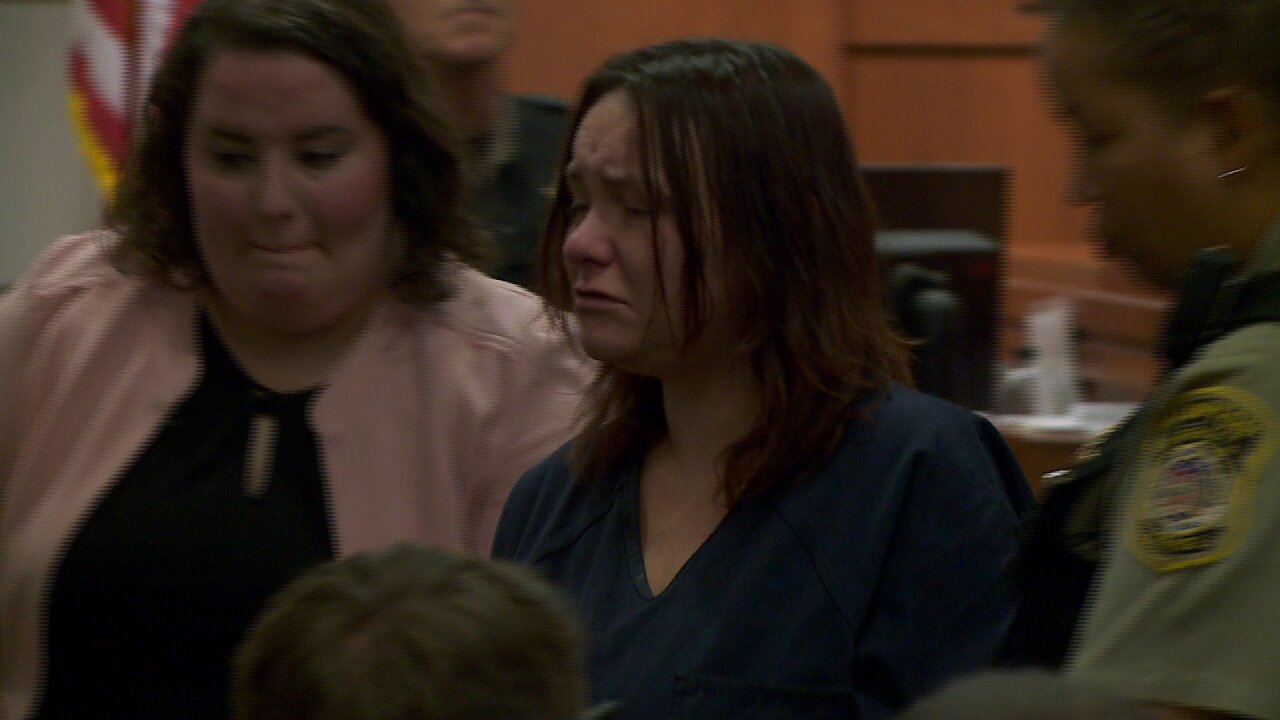 HAMPTON, Va. -- The mother of Noah Tomlin, the 2-year-old boy who disappeared and died in Hampton, will remain behind bars.

Tomlin has been charged with three counts of felony child neglect. The Commonwealth told the judge Monday more charges could be filed against her after the medical examiner releases the cause and manner of Noah's death. Both are currently pending.

After more than a week of searching, Noah's body was found at a Hampton steam plant. No one has been charged in his death.

In court, Julia was scheduled to have her preliminary hearing on the three felony child neglect charges. Instead, that proceeding was continued and her attorney asked the judge to release her on bond.

Julia's attorney said the 34-year-old mother is not a flight risk because she has lived in the community her whole life. They also said she has never failed to appear in court before.

The Commonwealth argued that Julia is a flight risk and said she is dangerous because she faces the same charges now as she did nine years ago. In 2010, Julia served five months in prison for felony child neglect. Court documents say her then-1-year-old daughter was severely burned after Julia sat her on a hot stove. The Commonwealth also told the judge that Julia has a heroin and alcohol addiction.

The judge ultimately sided with the Commonwealth, saying Julia is a danger to herself and the community.

Her preliminary hearing has been scheduled for September 17. She will remain at the Hampton Roads Regional Jail in the meantime.