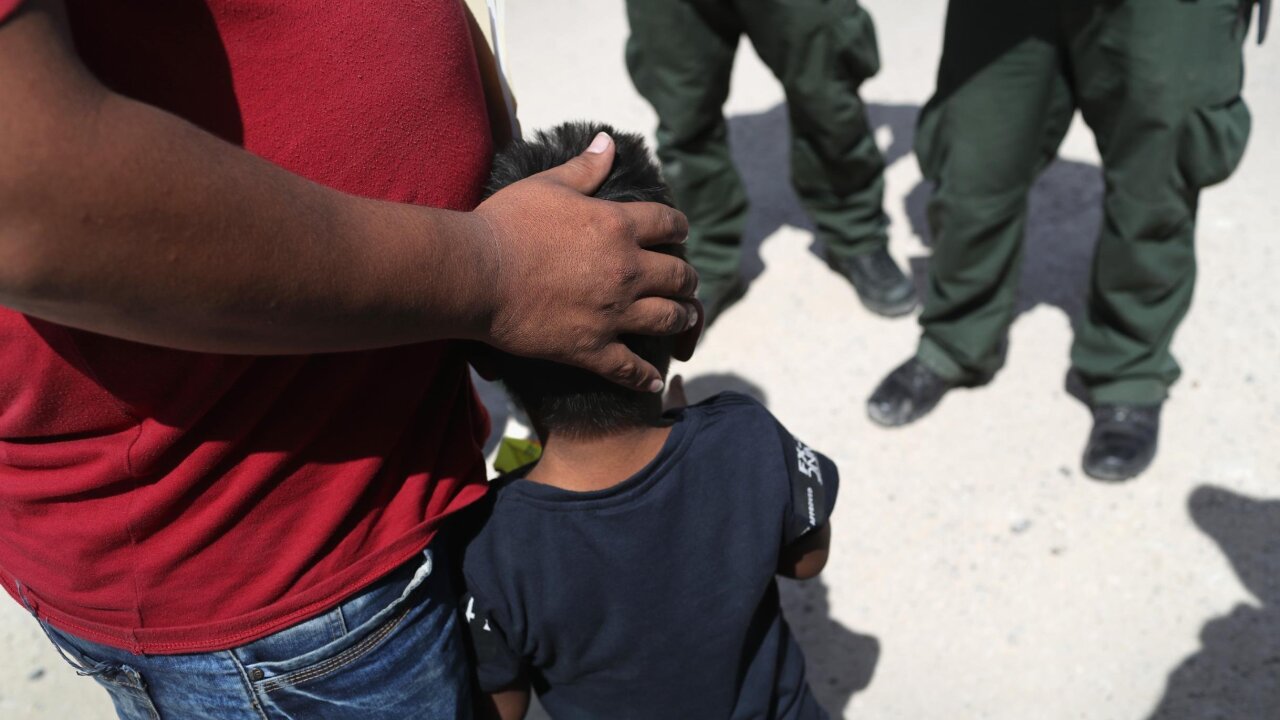 U.S. Border Patrol agents take a father and son from Honduras into custody near the U.S.-Mexico border on June 12, 2018 near Mission, Texas.

The American Civil Liberties Union asked a federal judge to block the Trump administration from separating migrant children from their parents, claiming that more than 900 children, “including numerous babies and toddlers,” have been separated since late June 2018.

Tuesday’s filing is regarding separations that occurred after the administration’s controversial “zero tolerance” immigration policy resulting in family separations had ended.

A federal court had ordered family separations to end last year except in cases where a parent is unfit or presents a danger to the child. But the ACLU filing Tuesday maintains that US Customs and Border Protection agents continue to do so despite the court order, based on minor offenses like traffic violations.

“Some of the separations are for offenses that took place many years ago. And some are for mere allegations or arrests without convictions,” the filing reads.

The filing includes anecdotes of children separated from parents upon entry into the US. In one case, three young sisters were allegedly separated from their father last November because of his HIV-positive status, according to a declaration by Kids in Need of Defense, an advocacy group for unaccompanied migrant children.

In another case, it was unclear why a 6-year-old was separated from his father in March, according to the group. That child was sent to a shelter in New York, while his father remained detained in California. The boy was eventually moved to a facility closer to California, but, according to an attorney for Kids in Need of Defense, the agency charged with caring for unaccompanied children didn’t know he had been separated from his father.

Tuesday’s filing marks yet another development in the family separation lawsuit that began in 2018. Earlier this year, a federal judge ruled that potentially thousands more parents and children the US government split up at the southern border would now be included in the lawsuit over family separations.

Acting Homeland Security Secretary Kevin McAleenan said at a recent House hearing that fewer than 1,000 migrant children have been separated from their parents at the southern border this fiscal year, out of 450,000 families who have crossed.

There is a long-standing policy that allows immigration officials to separate a child from a parent if there are concerns for the child’s welfare.

The Ms. L et al. vs. Immigration and Customs Enforcement et al. case was initially prompted by the separation of a Congolese woman from her 7-year-old daughter. The ACLU originally filed the case last year and it was later expanded to become a class action lawsuit.