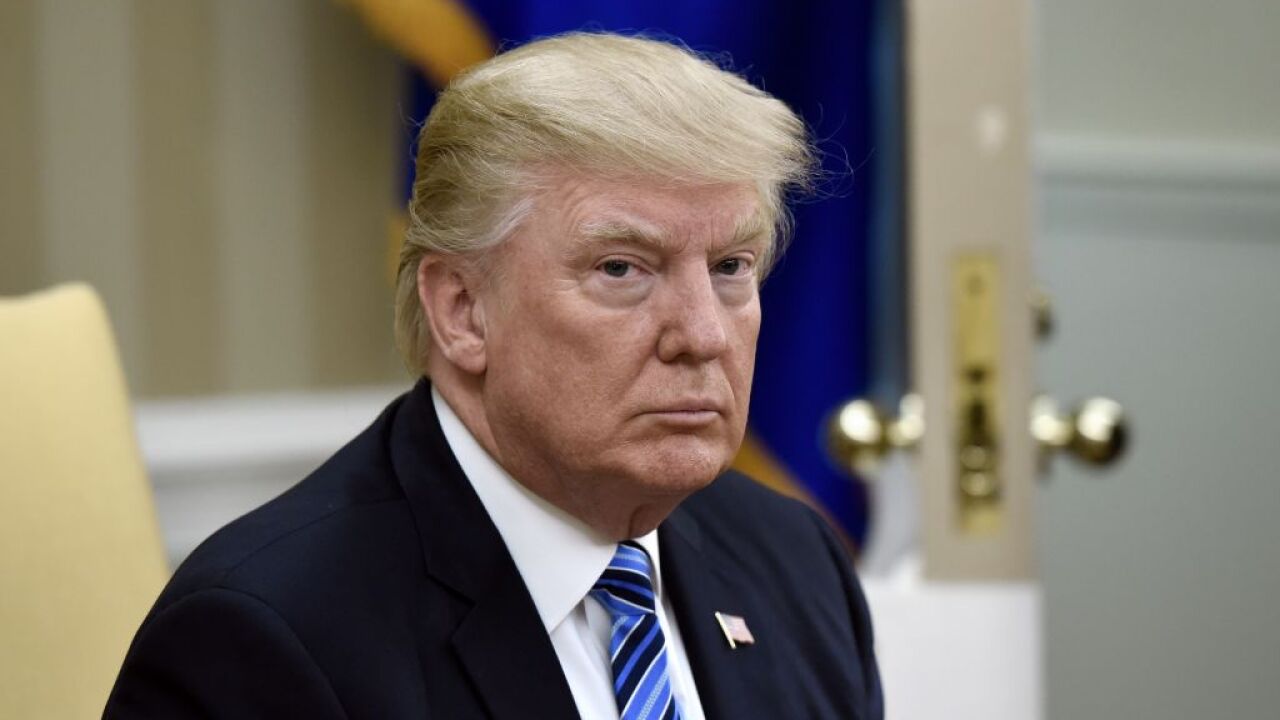 WASHINGTON, DC – JUNE 30: (AFP OUT) U.S President Donald Trump looks on during a meeting with South Korean President Moon Jae-in in the Oval Office of the White House on June 30, 2017 in Washington, DC. President Trump and President Moon will hold an Oval Office meeting and then give joint statements in the Rose Garden. (Photo by Olivier Douliery – Pool/Getty Images)

President Donald Trump‘s pick to be the nation’s second highest military officer is expected to be questioned on allegations of sexual assault from a former aide in his confirmation hearing on Tuesday morning.

General John Hyten’s hearing before the Senate Armed Services Committee will likely have echoes of Brett Kavanaugh’s Supreme Court nomination hearing and Hyten is expected to fully address and deny the allegations including that he assaulted Col. Kathryn Spletstoser in a California hotel room in December 2017, according to several defense officials.

Spletstoser went public with her allegations, which were originally made just after Hyten was nominated in April, last week in the New York Times, the most serious being the assault in the hotel room where she said he pressed himself against her and ejaculated.

“He stood up too, pulled me to him and started kissing me on the lips and holding me tight while he pressed himself against me. After a while, maybe over a minute, he came and I pushed him away and asked him why he did that. He said he thought I would like it too,” according to a statement provided by her lawyer.

CNN has obtained one page of the Air Force’s report into the allegations where it is noted that Spletstoser’s sweatpants were tested for DNA in May 2019, almost a year and a half after the alleged incident in the California hotel room. The page stated Hyten’s DNA was not found. CNN has not seen the rest of the report.

A source directly familiar with Spletstoser’s thinking says she decided to go public with her allegations even after the investigation was completed because she felt she had to. “She had nothing to gain, except to relieve her conscience.”

Spletstoser was reassigned from her role with Hyten in March 2018.

Members of the committee met separately with Spletstoser and Hyten last week behind closed doors to discuss the allegations. Following those meetings the committee’s leadership decided to schedule Tuesday’s hearing.

At her meeting with the committee, Spletstoser warned lawmakers that if Hyten’s nomination went forward it “sends a very dangerous message to sexual assault victims across our military. That even if the investigators determine that there was no evidence to show that the victim was lying. That no one will believe her anyway so why even bother reporting,” according to her opening statement to the committee obtained by CNN.

“If you are sexually assaulted by your superior officer, as long as he does it behind closed doors not only will your perpetrator not be prosecuted in a court of law, but he may end up getting promoted to an even higher position. I beg of you not to let this happen,” she added.

Democratic Sen. Tammy Duckworth said she found Spletstoser’s testimony to be credible, telling reporters last week that it was a “really tragic” and “very emotional” situation. She thanked Hyten for answering questions and said he was credible, noting he is a four-star general and “has served this country well.”

“There is still a lot of unanswered questions that maybe neither he nor the accuser can answer,” she said. “But that has to do with how DOD treated this case.”

Some members of the committee have questioned whether Hyten received preferential treatment during the investigation because of his position. In some cases officers are moved out of their jobs while misconduct investigations are conducted.

Republican Sen. James Inhofe, the chairman of the committee, met with Hyten on Monday but would not confirm if the sexual assault allegations would be addressed in the hearing.

“You know better than to ask that,” he told a reporter.

Spletstoser told CNN that “it is possible” that she will attend the hearing but said the committee had denied her request to testify in public.

A spokesperson for the committee told CNN that “the committee took its responsibility very seriously here, dedicating hours to reviewing all facts, documents and other available information. This included hearing directly from Colonel Spletstoser, who testified for more than three hours, before any decision was made to proceed with a nomination hearing. In accordance with long-standing Committee practice, the only witnesses at Senate Armed Services Committee nomination hearings are the nominees.”

In her testimony to the committee last week Spletstoser said: “I wish I could go back and do so many things differently with Gen. Hyten. Maybe I was not forceful enough the first few times he came on to me? Maybe I should have told someone and gotten help? But my biggest regret is that I did not report him then. If I had we would not be here today.”