Beautiful or terrifying? Architect designs hotel suspended over a cliff 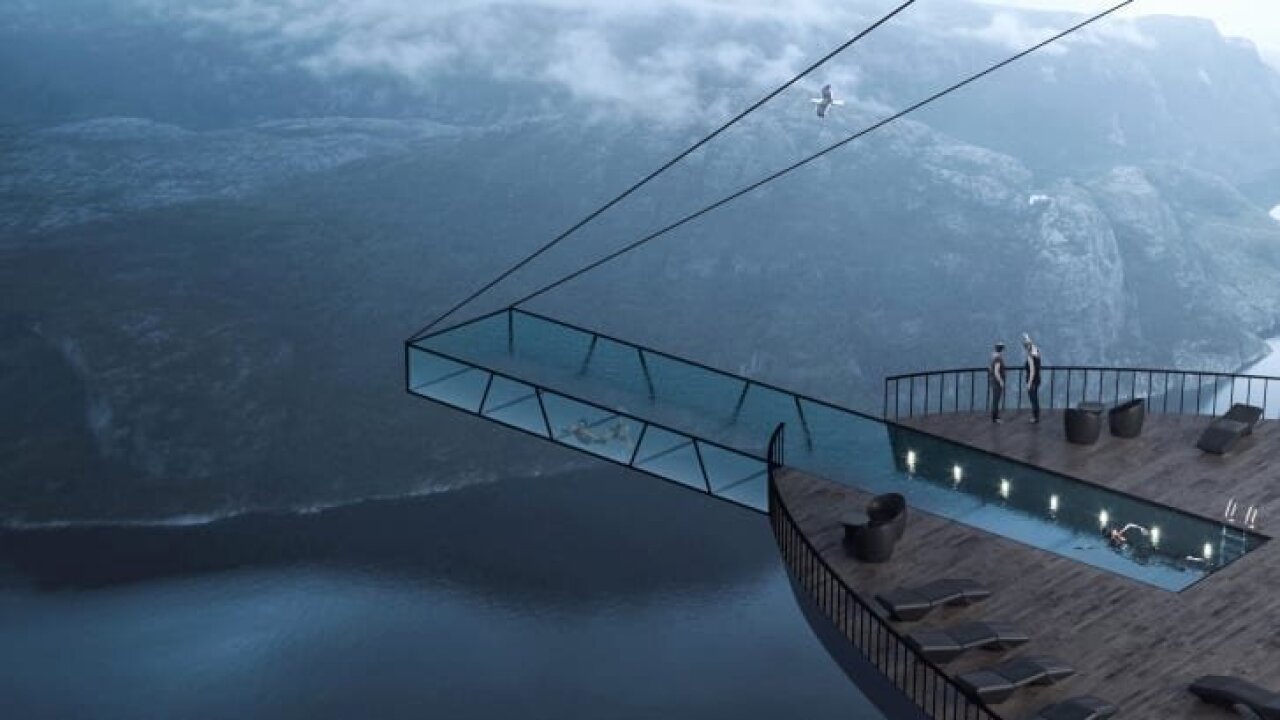 Norway’s spectacular fjords make a dramatic backdrop for any building, and now a Turkish architectural design studio has proposed a boutique hotel built into one of the nation’s famous cliffs.

The concept would be built to look like part of Preikestolen, a 1,982-foot cliff in southern Norway that has become a popular tourist attraction.

It features a large viewing platform on the top deck that doubles as the entrance to the building, with three floors of guest quarters below.

Each level has a protruding balcony that provides stunning views over the surrounding landscape.

On the lowest level, a long, narrow swimming pool juts out from the cliff face, with a viewing deck that provides a place for guests to relax.

The concept was dreamed up by Hayri Atak, an architectural design studio based in Istanbul.

But don’t rush to book your room yet — there’s been no word on whether the hotel will ever be built.

It is the latest design concept to feature an unusual swimming pool.

In June, designs were revealed for an infinity pool on the roof of a skyscraper in London, which would offer 360-degree views of the British capital.

The pool would sit atop a 55-story building, to be called Infinity London, according to Compass Pools, its designers.

They say the concept is a world first, describing the structure as “the only building in the world to incorporate a 360-degree infinity pool.”