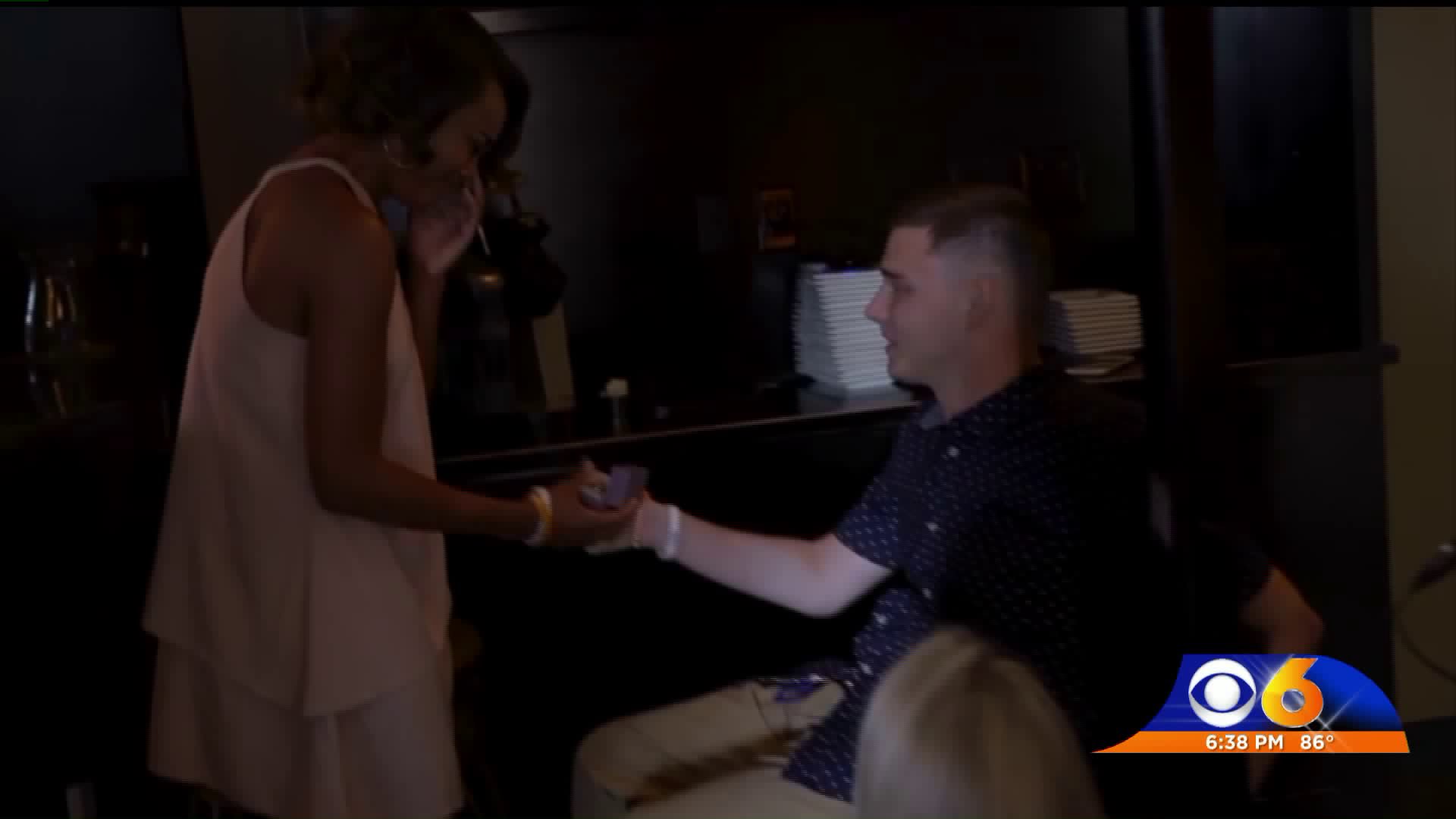 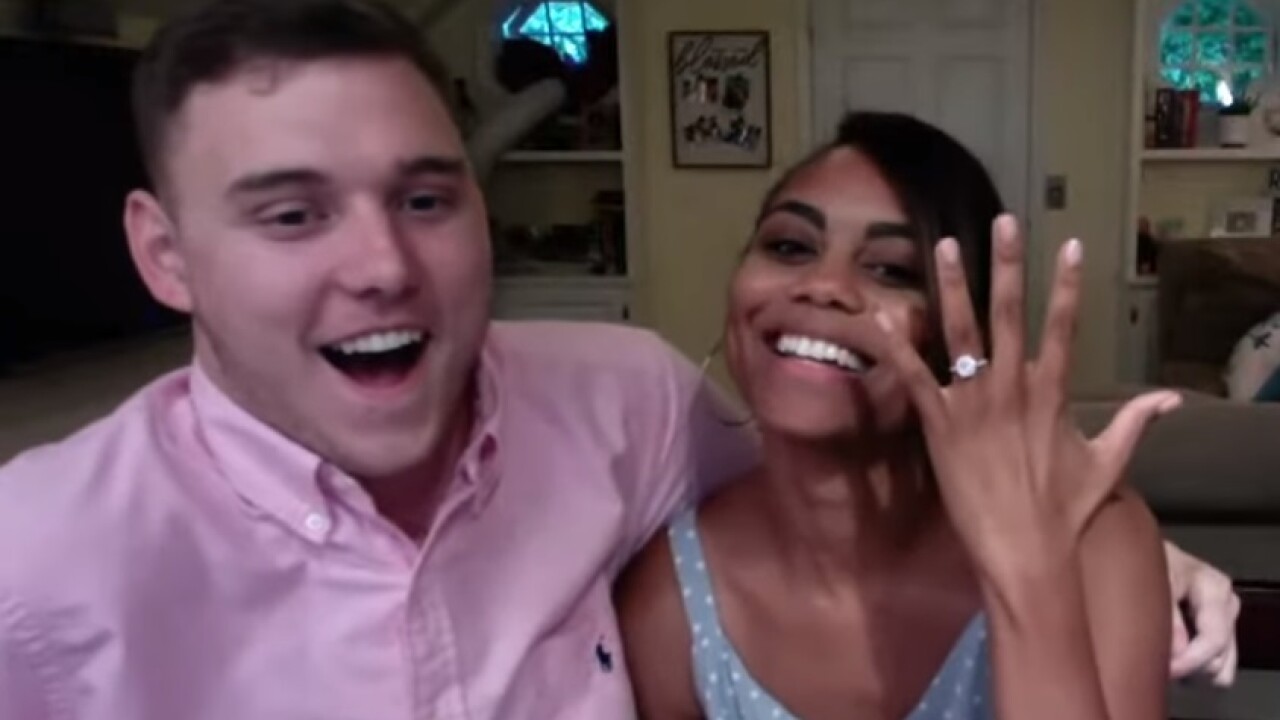 RICHMOND, Va. – An area couple whose memorable love story has inspired thousands of people around the world is engaged.

Hanover native Cole Sydnor's life changed when dove into the James River in August of 2011 at age 15. The impact shattered his vertebrae, rendering him a quadriplegic.

"I saw this beautiful girl walking around Sheltering Arms," Cole recalled with a smile in an interview with WTVR CBS 6 in February.

“He slid in my DMs,” Charisma told The Washington Post.

Those direct messages turned into direct conversations and from there, love was born.

The couple’s story inspired the Roll with Cole and Charisma YouTube channel, which has nearly 175,000 subscribers.

Cole said that after he and Charisma sang a duet at an event Thursday, he performed an original song and then popped the question.

“I could not hold back the emotions I felt at that moment,” Charisma said. “It was amazing.”

"I wish I could have held it together a little bit better,” he said. SShe started crying and she wasn’t expecting to cry. And then I saw her crying and [I thought], ‘Oh no! I can’t do it!”

Fittingly, the couple later shared the surprise on their YouTube channel.

"We were up until 4 a.m. editing that sucker last night," Cole revealed in a follow-up live "engagement celebration" YouTube video with his bride-to-be.

Cole and Charisma said they plan to get married after Charisma graduates from college. They are hoping for a winter wedding.

WARNING: Before you watch the video, make sure you have tissues at the ready.