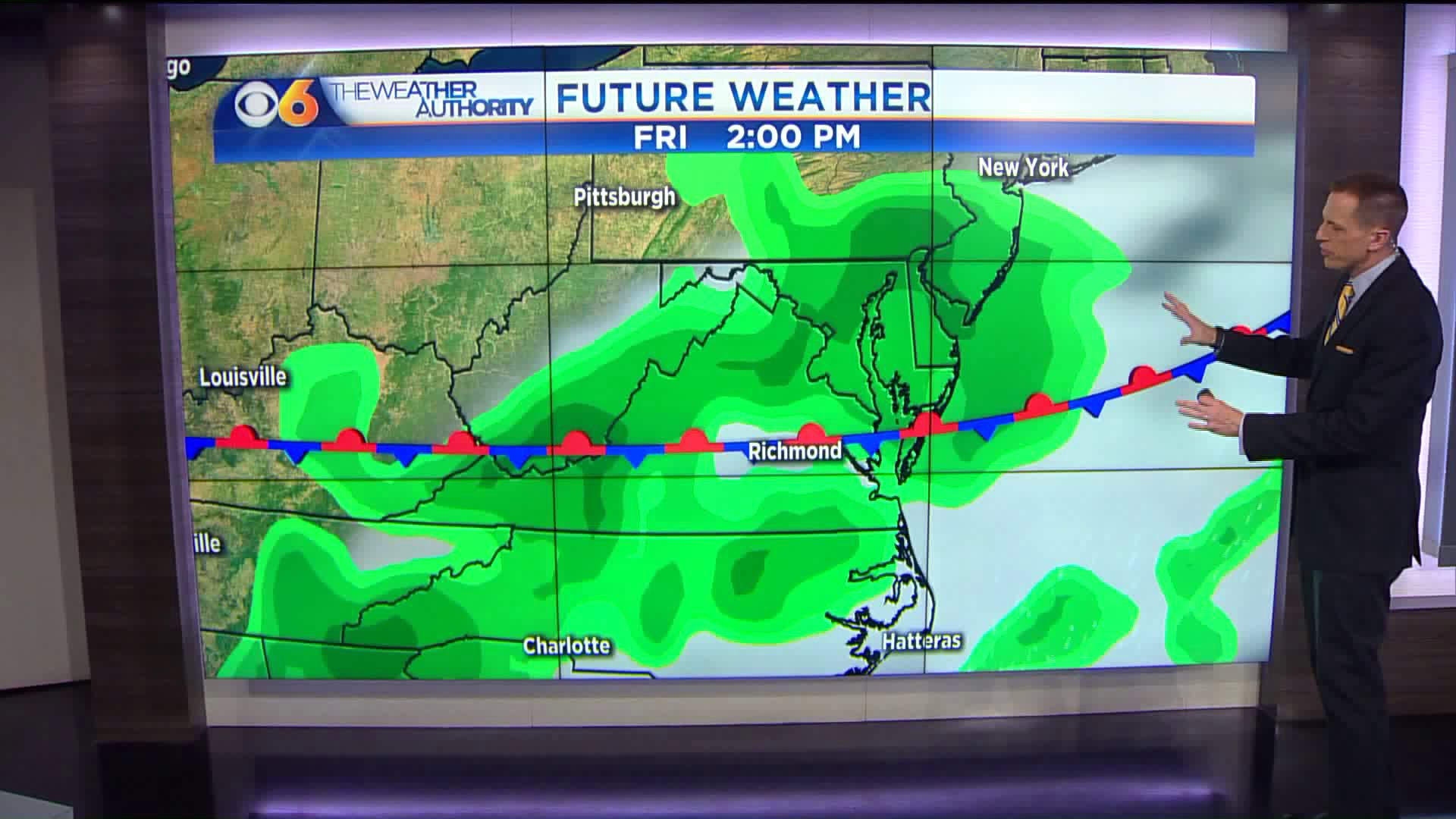 Highs will be in the 90s through mid-week. Rain chances increase after Tuesday. 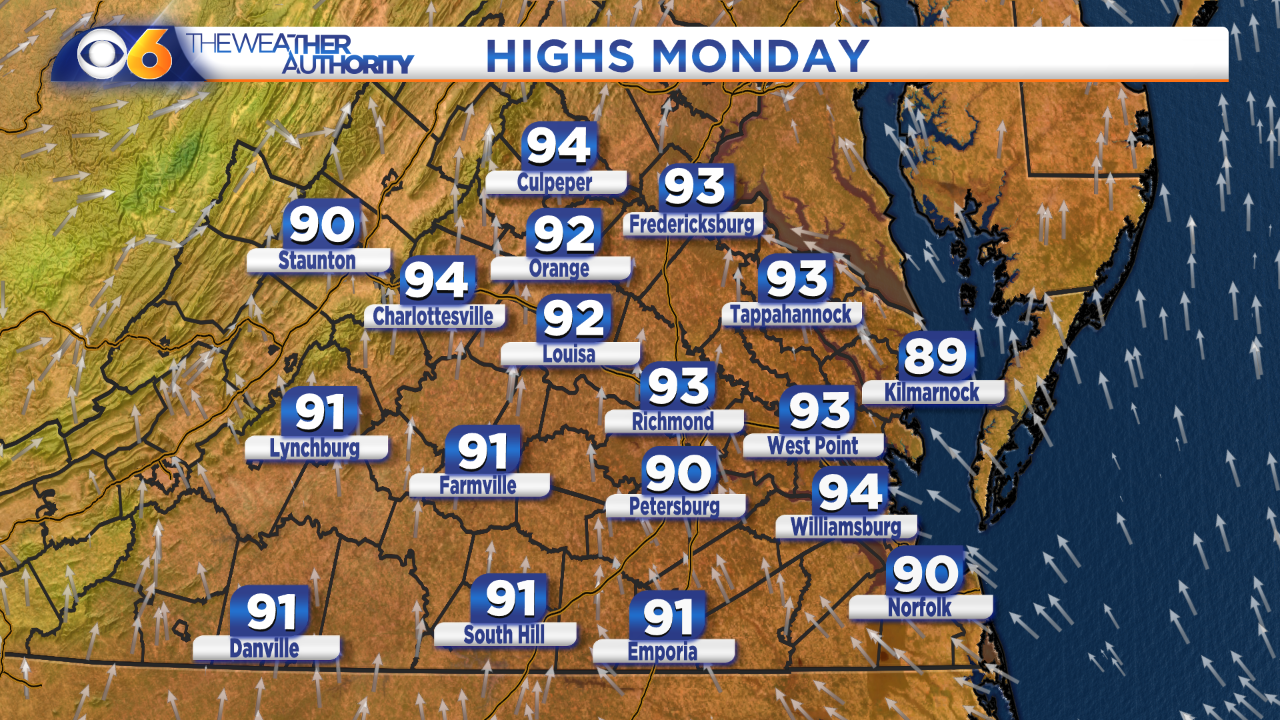 RICHMOND, Va. -- Last Sunday had the hottest weather in about two years across the area with temperatures around 100° and a heat index exceeding 110° in some locations.

We saw a significant cool-down on Tuesday, but temperatures have been increasing since then.

Temps will jump another degree or two Sunday, with highs near or above 90°.  It will be a little cooler in the mountains and at the coast.

Highs Monday will be another degree or two hotter, with many locations in the lower 90s.

Humidity levels will also climb a bit, although we are not expecting the sauna-like conditions from last weekend, when dew points were in the mid to upper 70s.

The warming trend will continue into Tuesday, when some areas could hit the mid 90s.  The heat index will be 95° to 100°.

A cold front will move into the area later in the week.  This will bring some storms at times, along with some cooler temperatures.  Highs will be in the mid to upper 80s heading into next weekend.