🇺🇸Strangers attend WWII veteran’s funeral: ‘He would be thrilled’ 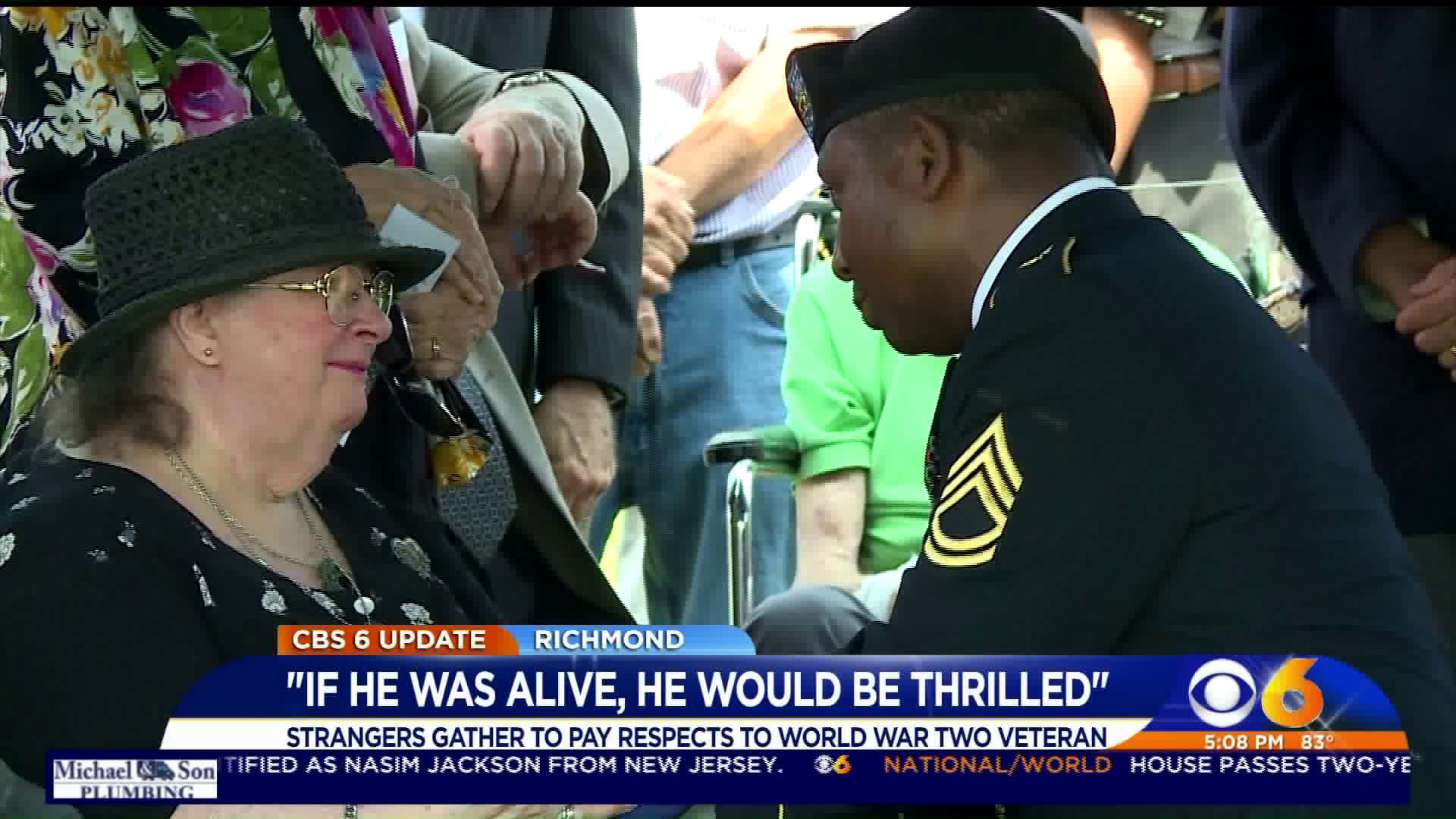 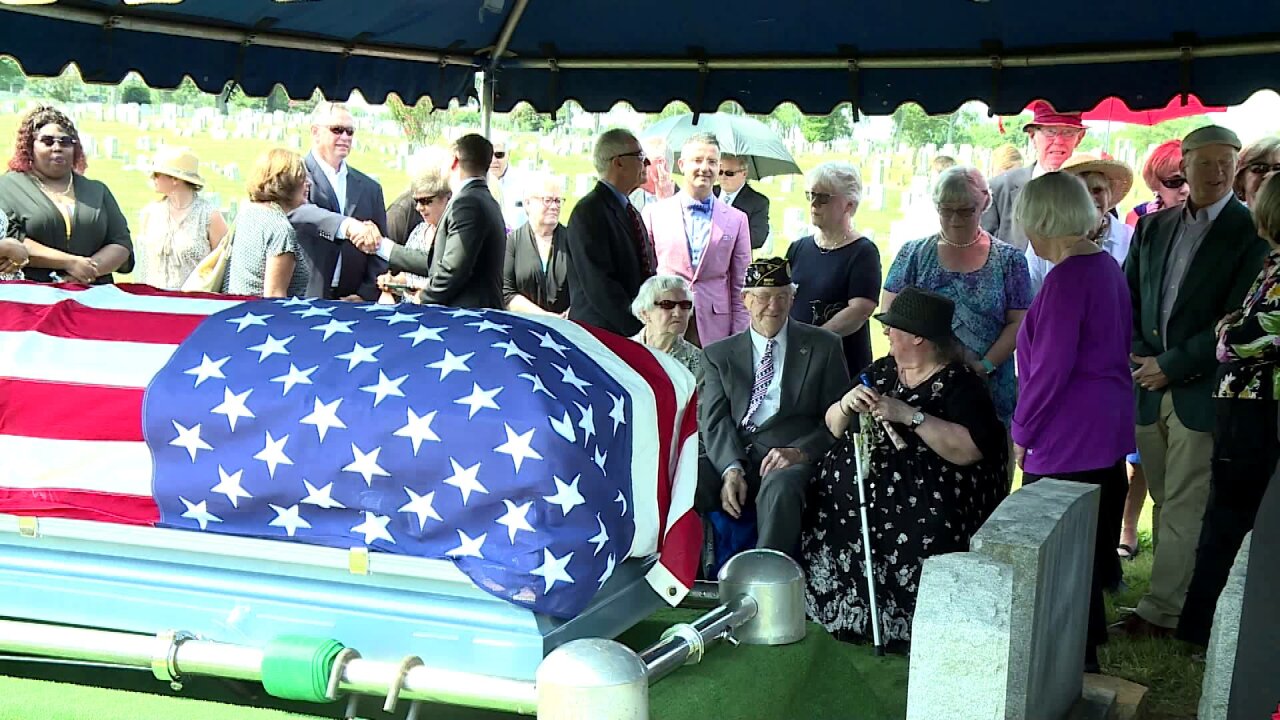 RICHMOND, Va. -- Dozens of veterans turned up for the funeral of a World War II veteran after his family put the call out  earlier this week for their attendance.

The family of Linwood Stanley Broach, who passed away at the age of 95 on Monday, asked any active duty military or veterans able to attend, to do so and help them give their patriarch a final sendoff.

Broach’s son-in-law said the turnout was ten times what the family was planning for.

“Overwhelming,” said Rebecca Broach White, one of Broach’s daughters. “That so many people turned up is just a gift from the military to my dad.”

The service was held at the Riverview Cemetery in Richmond.

The veterans who attended said it did not matter that they did not Broach.

“He was still a brother-in-arms,” said Steve Bunker, the Sergeant-At-Arms for Central Virginia Chapter 273 of the CMVA. “We’ve all served. We’re all veterans. We’ve all been through a lot during our time in the military.”

“We’ve all given quite a bit. Some of them have, certainly, given a lot more than I have,” said Ronald Kimler, 94, one of at least two WWII veterans who were able to attend. “We all did the same thing. Two million of us at the same time. So, it’s just in tribute to his sacrifice and the sacrifice of his family.”

“And I know if he was alive he would be thrilled. I’m sure he’s watching,” said White.

The family said it is still planning a celebration of life to be held at a later date. 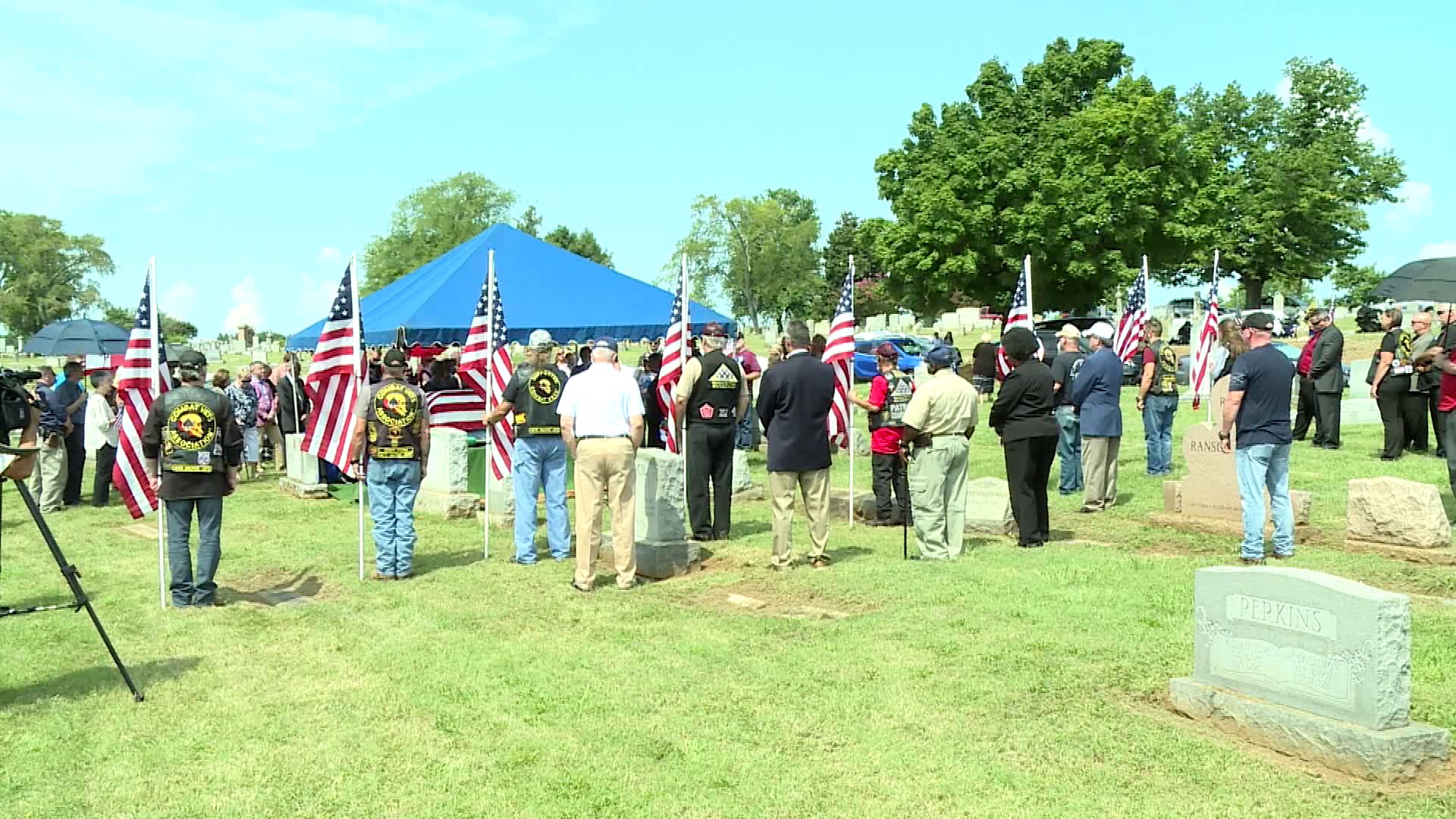