‘Situation under control’ after explosion inside Colonial Heights meat plant 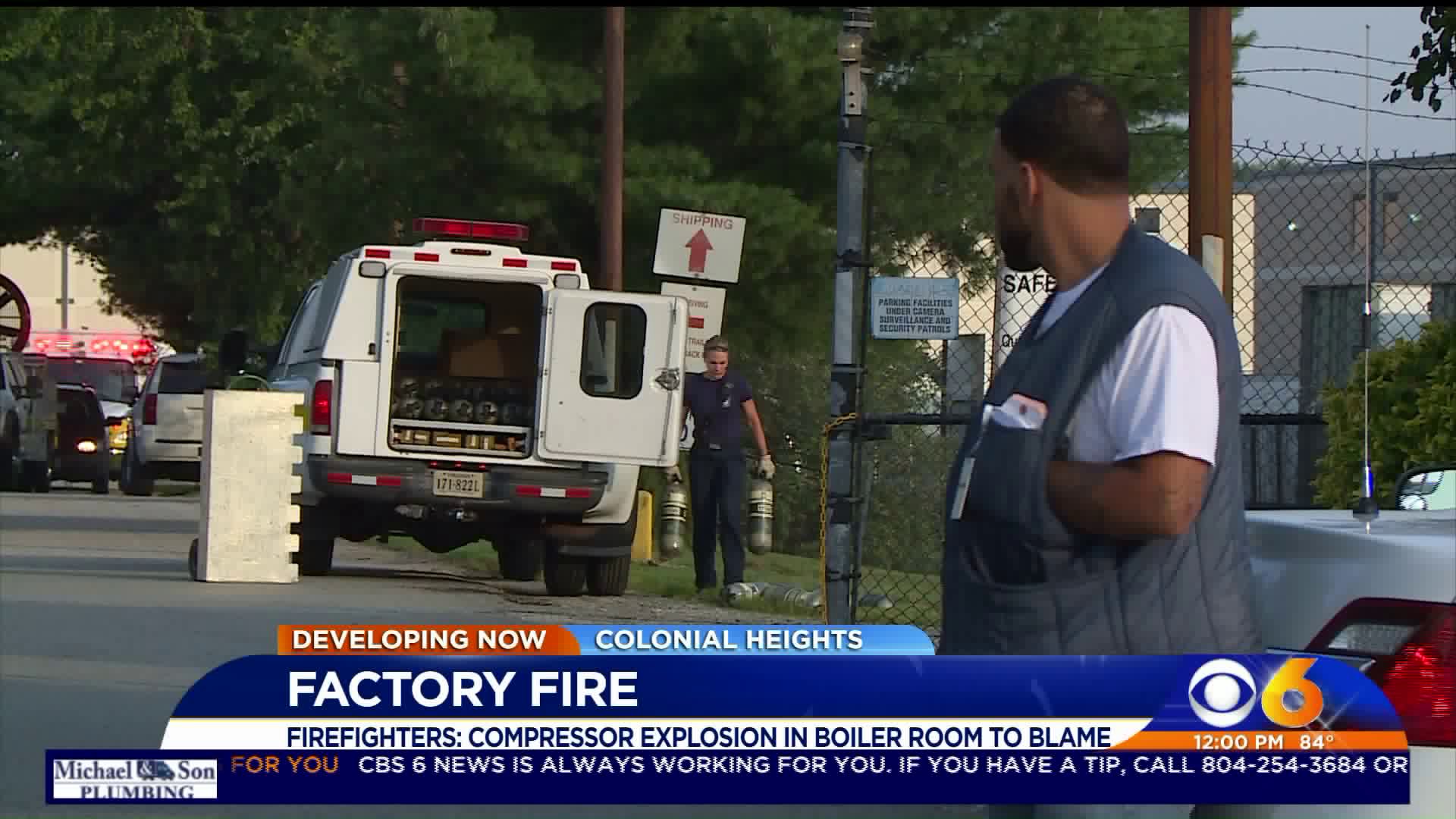 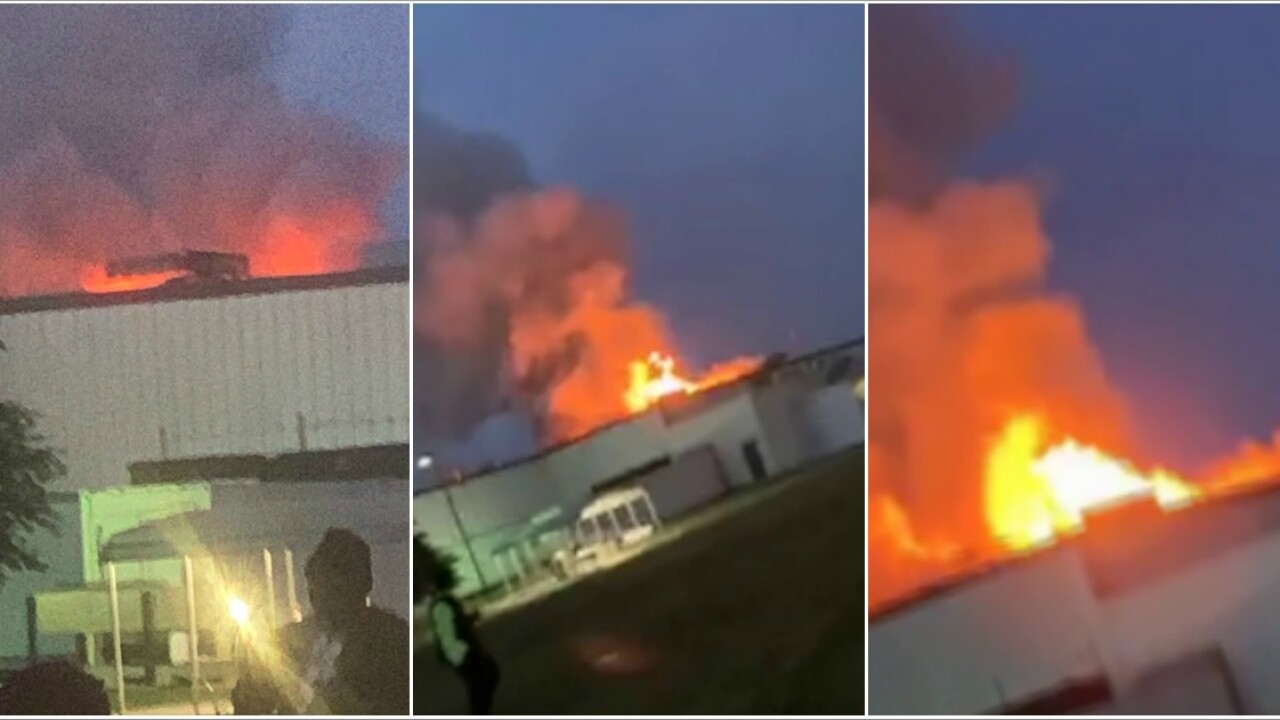 COLONIAL HEIGHTS, Va. -- Fire crews responded to Fiorucci Foods after a compressor exploded in the boiler room of the building Friday morning.

Chesterfield Fire got the call around 5:40 a.m. and had to request a second alarm at 5:55 a.m. to bring in more resources.

About 50 firefighters were on scene following the second alarm, and crews took about an hour to get the fire under control, Elmore said.

"We’re not sure if the explosion occurred first or if it was a fire that caused the explosion," said Lt. Elmore,  "But that will be part of the investigation and we’ll look into that."

Lt. Elmore said blast doors above the boiler room helped to control the fire, but a heavy amount of smoke was pushed through the entire building. Crews, he said, were working to remove smoke from the building. 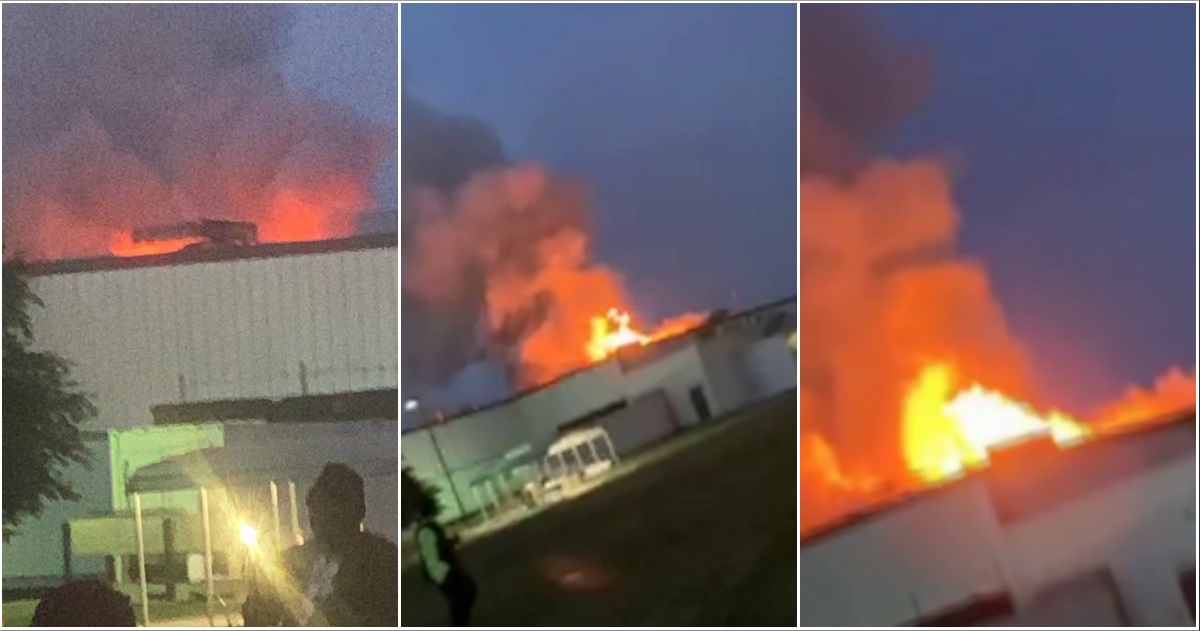 Fiorucci Foods Supervisor, Tina Taylor said she was in the freezer when the alarm went off.

"As I was going out another employee was like, 'Get out, get out!' So I just figured it was a false alarm," said Taylor. "When I get around the corner I see fire coming from everywhere."

Lt. Elmore said the business would be closed for at least a few hours while they worked to remove smoke. He said there was damage to the compressor and blast doors. He also said The Department of Agriculture would be contacted to find out what the business needs to do to be restarted.

#BREAKING: A look at the scene at Fiorucci Foods on Ruffin Mill Rd. Chesterfield Fire says a compressor exploded in the boiler room. They say no one was injured and the fire is under control. @CBS6 pic.twitter.com/n6LI1qFEIm