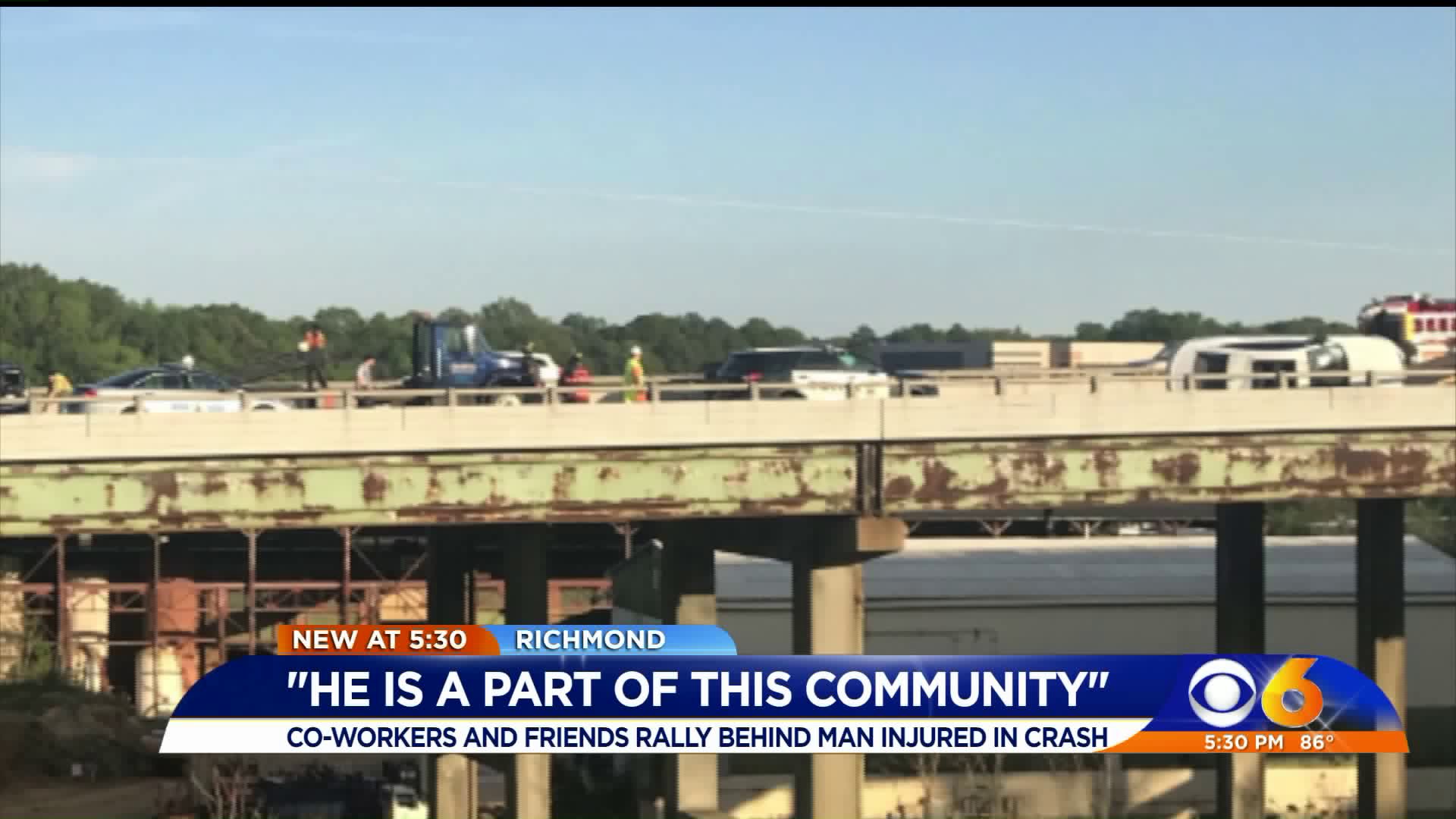 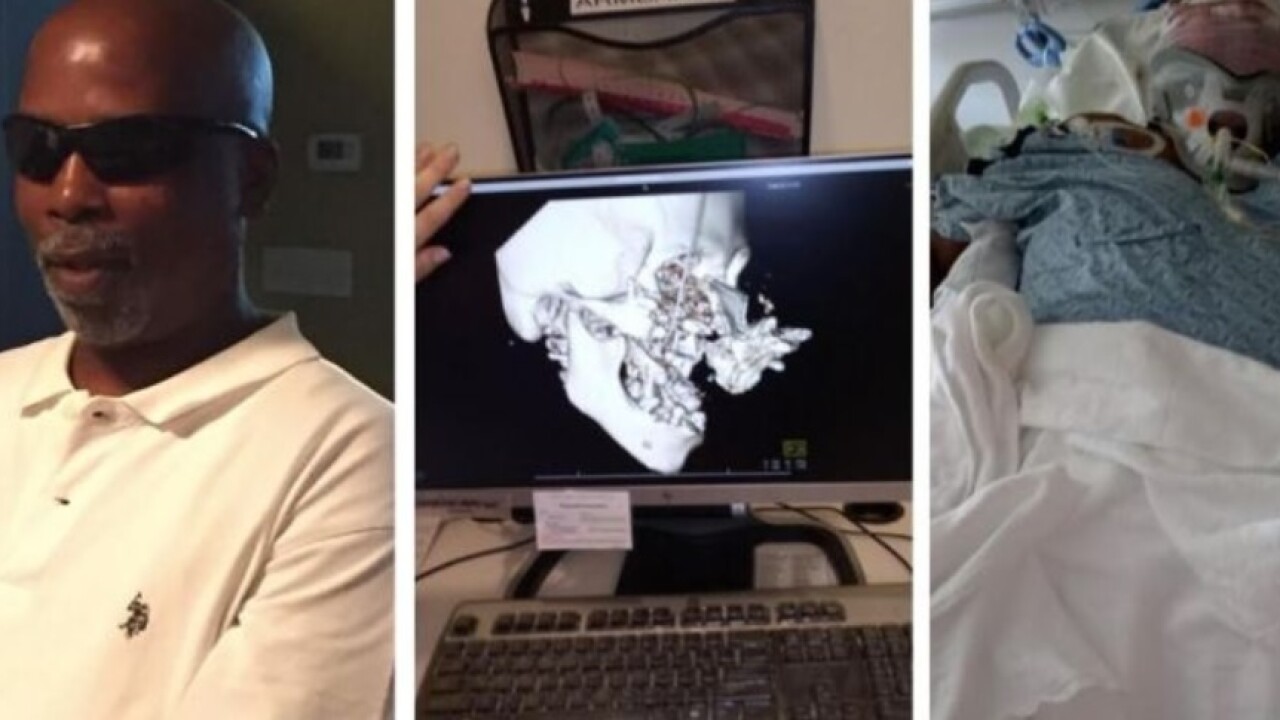 RICHMOND, Va. -- A GoFundMe has been created for a beloved maintenance technician seriously injured in a chain-reaction crash on the Shockoe Valley Bridge.

Jerry Green has been the go-to maintenance man at the Tobacco Row Apartments in Shockoe Bottom for nearly 30 years.

"He was part of this community and this is a huge community. Everybody knew him, knew him by name and knew he was good for a laugh," Green's former coworker Mary Fernandez recalled. "I couldn’t stop crying because he’s one of my best friends at the office."

A Chevy Colorado pickup heading west near mile marker 191 swerved into another car that the struck Green's Chevy Impala, according to troopers. Witnesses said Green's car flipped several times before coming to rest on its side. 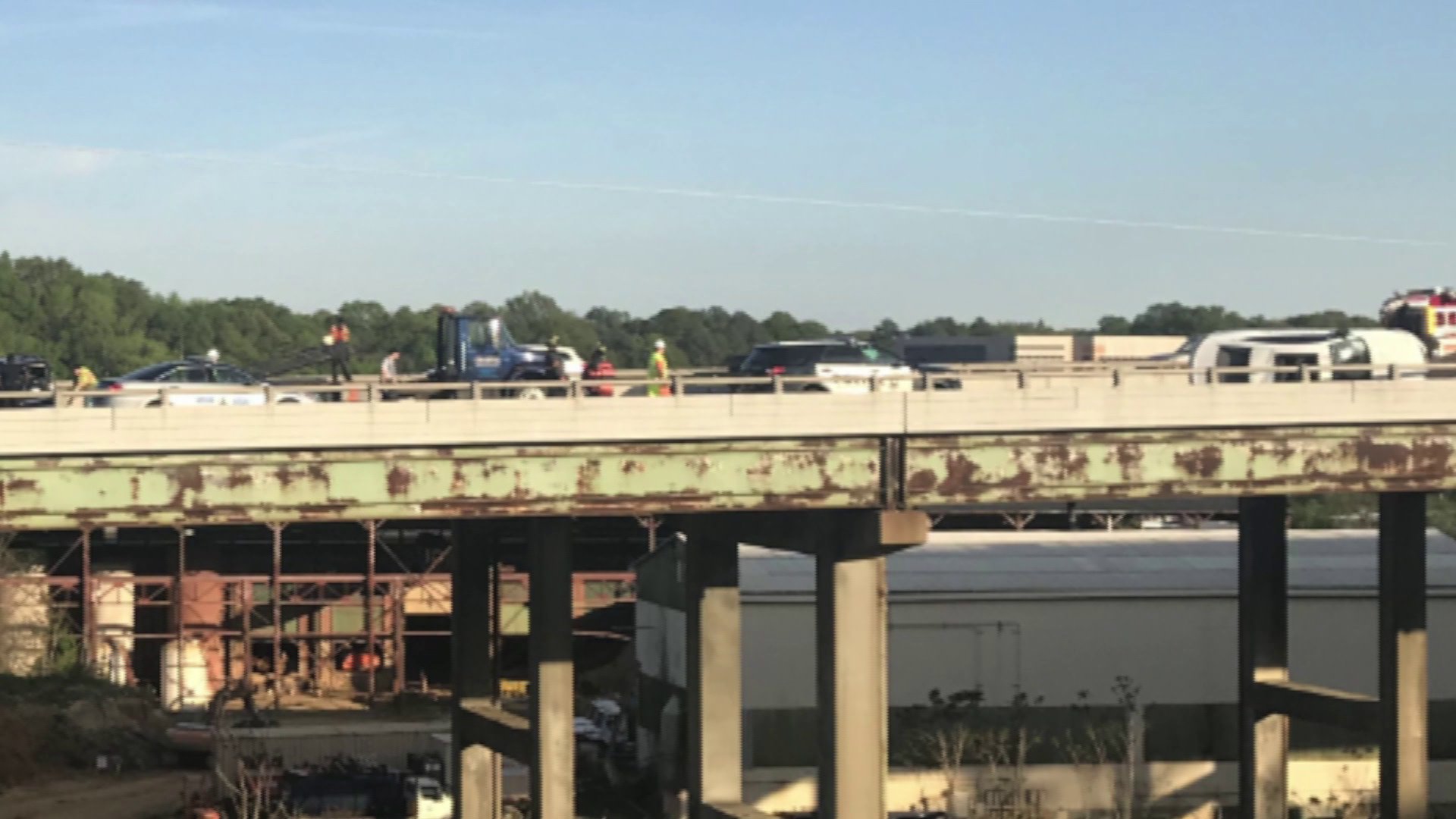 "I know his head was injured and his head may have come out the sunroof," Fernandez explained. "We knew he wasn’t breathing on arrival and thought he was going to be gone."

He survived, but his face, throat and abdomen were completely torn apart by his steering wheel, seatbelt and the road, according to the GoFundMe created by a tenant.

Green's injuries have required numerous surgeries and rehabilitation. But, he has had an incredible recovery that some call a miracle.

"They always say God doesn’t give you anything you can’t handle, right?" Fernandez said. "He's always a very bright personality and very funny."

Troopers charged the driver of the pickup, 25-year-old Jason West of Henrico, with reckless driving.