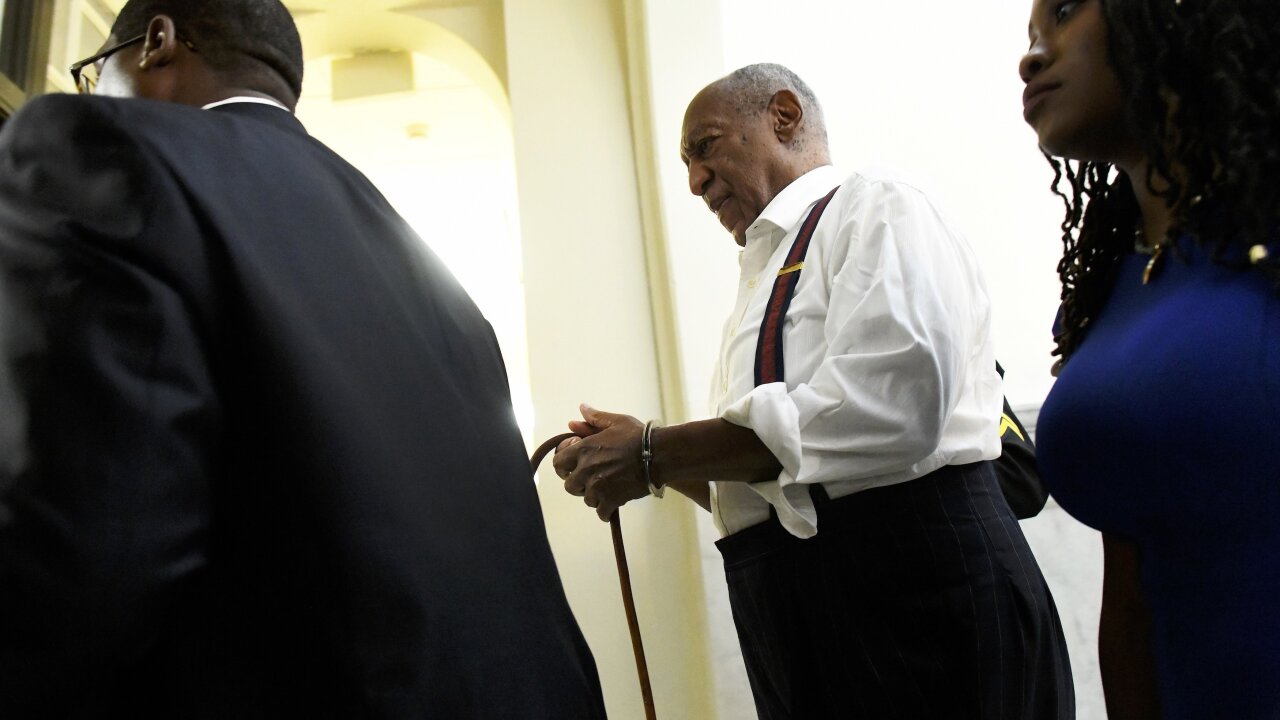 The defamation lawsuit began when Dickinson, 64, said in 2014 that Cosby had drugged and assaulted her in 1982 after the two had dinner in Lake Tahoe, Nevada. Cosby’s lawyer at the time, Marty Singer, accused Dickinson of lying about it, and Dickinson then sued Cosby for defamation.

“Truthfully, a settlement is a victory and a measure of justice,” said Dickinson, who was flanked by her attorney.

Bloom said Dickinson will be “fully compensated for being called a liar” and is free to tell her story. The settlement amount will remain confidential, but Bloom described it as “epic” and later presented Dickinson with a bouquet of flowers and called this “her victory press conference.”

Dickinson said she lost her innocence after the rape in 1982 and “nothing can replace the before and after.”

“Let’s stop yielding our power to the perp,” she said, urging sexual assault victims to come forward. “Tell your story and stand up for your rights.”

But Cosby’s spokesman said the settlement was not an admission of guilt.

“To be clear, AIG’s settlement of this lawsuit has no bearing whatsoever on the merit of Ms. Dickinson’s claims. Mr. Cosby has every confidence that, had the case proceeded to trial, a jury would have found that the statements issued by his former attorney — statements which Mr. Cosby himself never spoke and which he played no part in preparing — were not defamatory,” he said.

Cosby, 82, was convicted of three counts of aggravated indecent assault last year and is serving a three-to-ten year sentence in a Pennsylvania prison.

Those charges dealt solely with his assault of Andrea Constand, but Dickinson also testified at his criminal trial as a “prior bad acts” witness to show that Cosby had a pattern in his illegal behavior.

Dickinson’s 2002 autobiography, “No Lifeguard On Duty,” mentions the Lake Tahoe visit does not mention Cosby’s alleged assault. But in court, she testified that Cosby gave her a blue pill over dinner, and soon after she felt had trouble getting words out and then was rendered motionless. She said that’s when she was raped..

In April, AIG reached a settlement in a defamation case against Cosby filed by seven women. The plaintiffs in that case had all publicly accused Cosby of sexual misconduct and claimed that Cosby damaged their reputations through statements to the media.

At the time, Cosby said in a statement on Facebook that the AIG settlement was done “without my knowledge, without my permission and without my consent.” He accused the insurance company of failing to defend him.

Wyatt made a similar argument in his statement on Thursday.

“This is the third example in recent months of AIG robbing Mr. Cosby of the opportunity to clear his name in a court of law, where evidence and truthfulness are supposed to be elevated above headlines and gossip,” Wyatt said.

“AIG’s apparent strategy to have Mr. Cosby tried exclusively in the court of public opinion has become clear, and its decision to settle each of these lawsuits over Mr. Cosby’s objections is illustrative of AIG’s bad faith.”.