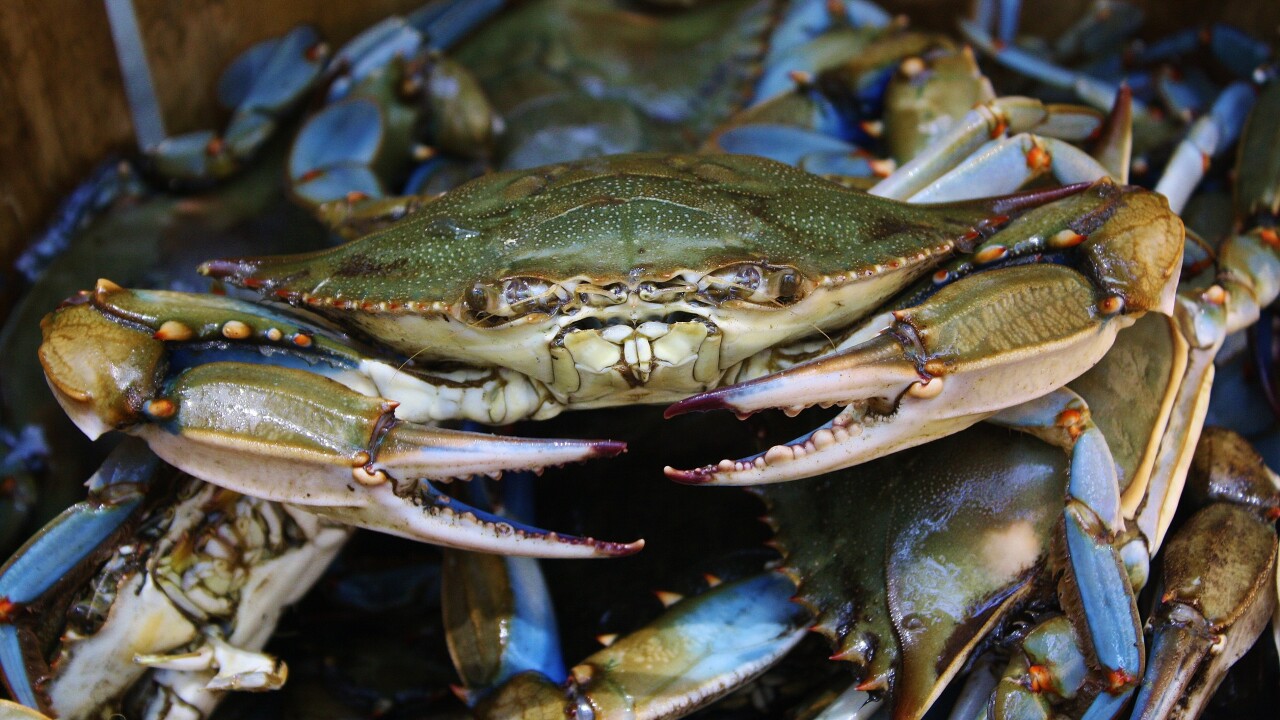 This is a picture of Maryland Blue Crabs in a bushel basket.

It’s safe to say 183 tons is a lot of crab meat. It’s certainly a lot of crabmeat to import from other countries and repackage as U.S.-raised blue crab.

The vice president of a Virginia seafood company pleaded guilty in federal court this week to taking part in this weighty scam. According to a release from the Department of Justice, Michael P. Casey of Casey’s Seafood in Poquson admitted to conspiring with others within the company to falsely label imported crab meat and re-sell it to grocery stores and retailers.

All in all, the crabmeat involved in the five-year-long bait-and-switch amounted to a wholesale value of $4.3 million.

G. Zachary Terwilliger, U.S. Attorney for the Eastern District of Virginia, said the scam violated the Lacey Act, which prohibits the import, export or sale of fish plants or wildlife that have been possessed or acquired in ways that violated state or federal law. It also violated the trust of the local seafood industry.

“This fraud causes real financial harm to the fragile maritime economies here in the region, and threatens to tarnish the good name of the watermen and women who have worked this estuary for generations,” Terwilliger said.

The Justice Department noted a significant blue crab decline beginning in 2010, which Casey claimed in his plea deal made it harder for Casey Seafood to produce enough blue crab to meet demand.

“As part of the guilty plea, Casey further admitted that beginning at least as early as 2010, and continuing through June 17, 2015, he was aware that company employees had been directed to unpack foreign crab meat from suppliers’ containers, comingle it with domestic blue crab and other types of crab, and re-pack that crab meat into Casey’s Seafood containers, all of which were labeled ‘Product of USA,'” the release reads.

Michael P. Casey is the second person at the seafood company to plead guilty to the scam. James R. Casey the founder of Casey’s Seafood Inc and Michael P. Casey’s father, was sentenced to three years in prison in January for his part in the scam.

Those involved in the ongoing investigation said this kind of behavior endangers consumers and keeps them from making informed decisions about their food.

“U.S. consumers expect the origin of their seafood to be correctly identified,” Mark S. McCormack of the FDA Office of Criminal Investigations said. “When sellers are deceptive about their products’ origins, they deprive the public of important information about their purchasing decisions. We will continue to investigate and bring to justice those who put profits above fair dealing.”