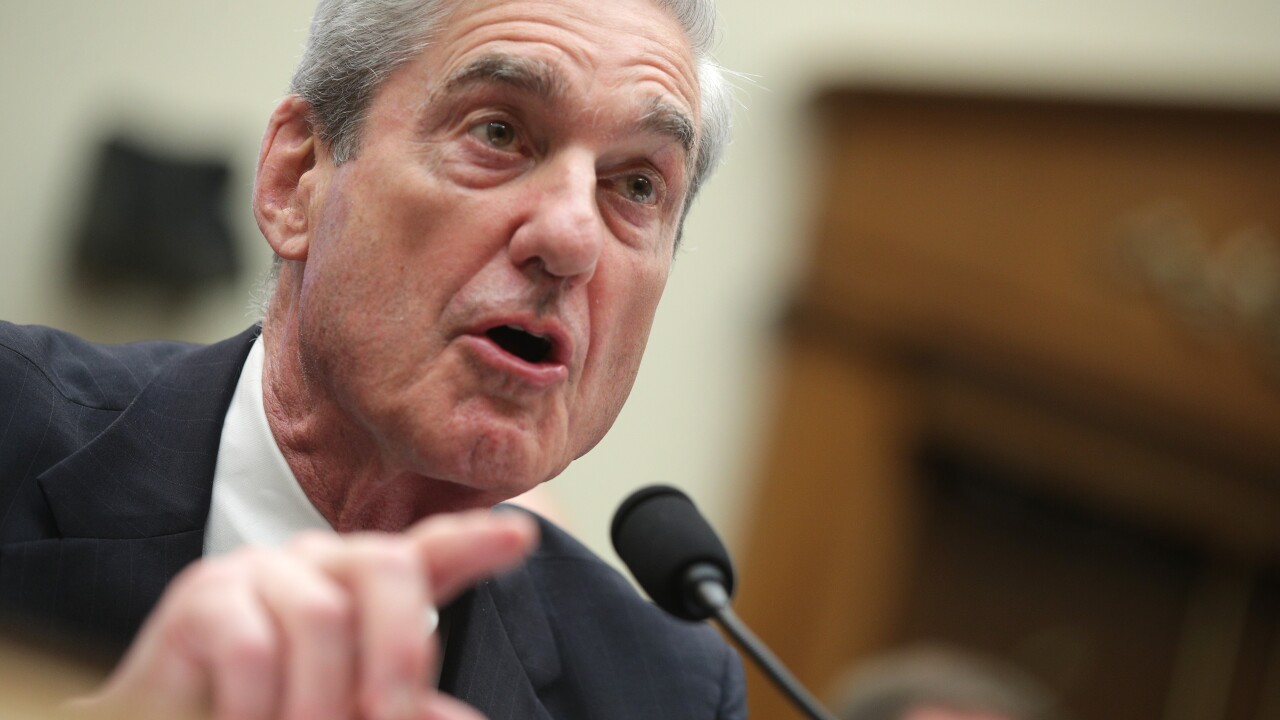 Former Special Counsel Robert Mueller testifies before the House Intelligence Committee about his report on Russian interference in the 2016 presidential election in the Rayburn House Office Building July 24, 2019 in Washington, DC. Mueller testified earlier in the day before the House Judiciary Committee in back-to-back hearings on Capitol Hill. (Photo by Alex Wong/Getty Images)

WASHINGTON — Former special counsel Robert Mueller hasn’t testified on Capitol Hill in six years, and his performance on Wednesday was notably shakier during his high-stakes return.

Many of Mueller’s responses were halting and wobbly. His voice was stilted at times. He let Republicans speak over him and sometimes stood down when given opportunities to fight back. After a brief break, he showed flickers of humor and his demeanor warmed up slightly.

On several occasions, Mueller struggled to follow along with the convoluted, rapid-fire questions from Republicans, which would be challenging for any witness to navigate. He asked lawmakers to repeat themselves throughout the House Judiciary Committee hearing, even when they spoke slowly. This same style continued at the House Intelligence Committee in the afternoon.

It’s not clear whether this was an intentional strategy or a reflection of a culture clash between a veteran public servant and the current political climate.

Former Special Counsel Robert Mueller testifies before the House Intelligence Committee about his report on Russian interference in the 2016 presidential election in the Rayburn House Office Building July 24, 2019 in Washington, DC. Mueller testified earlier in the day before the House Judiciary Committee in back-to-back hearings on Capitol Hill. (Photo by Alex Wong/Getty Images)

On the eve of the hearings, the Justice Department imposed sweeping limits on what Mueller could discuss. Even though legal analysts have questioned some of those restrictions — Mueller is a private citizen, after all — Mueller said at the very beginning he’d honor these limitations.

Two sources close to Mueller told CNN that the former special counsel was trying to be careful and keeping his answers as close to the report as possible. This fits with Mueller’s lifelong style as a by-the-book prosecutor, not a grandstander who might seize the moment to put on a show.

He kept things dry while surrounded by partisans from both parties in the middle of a political food fight. Republicans wanted to bolster the President, Democrats tried to drag him down.

Mueller made it obvious from the start that he would not use his testimony for a dramatic retelling of what’s in his report. That narrative, in short, tells the damning story of how President Donald Trump tried to curb the investigation, tried to fire Mueller, how he ordered subordinates to lie to the press, and tried to influence key witnesses who could potentially testify against him.

But essentially none of that came through during Mueller’s testimony. Mueller’s style deprived Democrats of the made-for-TV moments they hoped to create, possibly to move the needle on impeachment among the public. This was a style decision by Mueller — he could have answered those questions if he wanted to. Instead he demurred and repeated, “I stand by the report.”

Perhaps the biggest moment came at the very beginning, when Mueller said unequivocally that his investigation did not exonerate Trump on the allegations of obstruction of justice, despite Trump’s claims. He suggested that the only reason he couldn’t indict Trump was because of the Justice Department guidelines that say a sitting President cannot be charged with crimes.

But at the second hearing at the House Intelligence Committee, Mueller was forced to correct that statement about the Justice Department guidelines, as not to give the impression that Trump would have been automatically charged by Mueller if the guidelines weren’t there.

He did push back on one major Trump claim — he said the probe was “not a witch hunt.”

Though as the hearings dragged on, Mueller frustrated Democratic lawmakers who tried to get him to lean into the possibility that Trump broke the law and should face impeachment.

Mueller has given testimony plenty of times before as FBI director, so he knows how the process works. In the past, he has shown a quick wit and a willingness to respond to attacks.

His demeanor on Wednesday was markedly different. Former Obama White House senior adviser and CNN senior political commentator David Axelrod noted that Mueller “does not appear as sharp as he was then.” CNN contributor Garrett Graff, who has interviewed Mueller, observed that Mueller was “shaking off the rust” with his lackluster performance in the earlier stages of the early morning hearing.

Mueller appeared confused during an exchange with Georgia Rep. Doug Collins, the top Republican on the House Judiciary Committee, about the difference between “collusion” and “conspiracy.” Collins tried to trip up the special counsel with questions about the definitions in his report.

But Mueller missed an opportunity to give a clear answer and explain to the public why he investigated “conspiracy” while Trump spent the past two years clamoring about “collusion.” Instead, Mueller offered a conflicting response and let the moment pass without fighting back.

He showed some flickers of fire in an exchange with Republican Rep. Louie Gohmert of Texas, a right-wing firebrand who has embraced anti-Mueller conspiracy theories and mentioned some of them during the hearing. Mueller defended his conduct. But when given a chance to deliver a full-throated rebuttal, Mueller responded dully with a strange statement: “I take your question.”

To be sure, Mueller faced a unique situation testifying as the lead prosecutor of an investigation of the president that has consumed much of the political discourse since Trump took office in January 2017. That’s more difficult than talking about national security threats as FBI director.

“Mueller’s testimony is putting in place the essential pieces of the mosaic showing culpability, maybe not in the most dramatic and vivid way but very convincing,” Democratic Sen. Richard Blumenthal of Connecticut told CNN during the hearing. “…He is showing tremendous caution and restraint.”