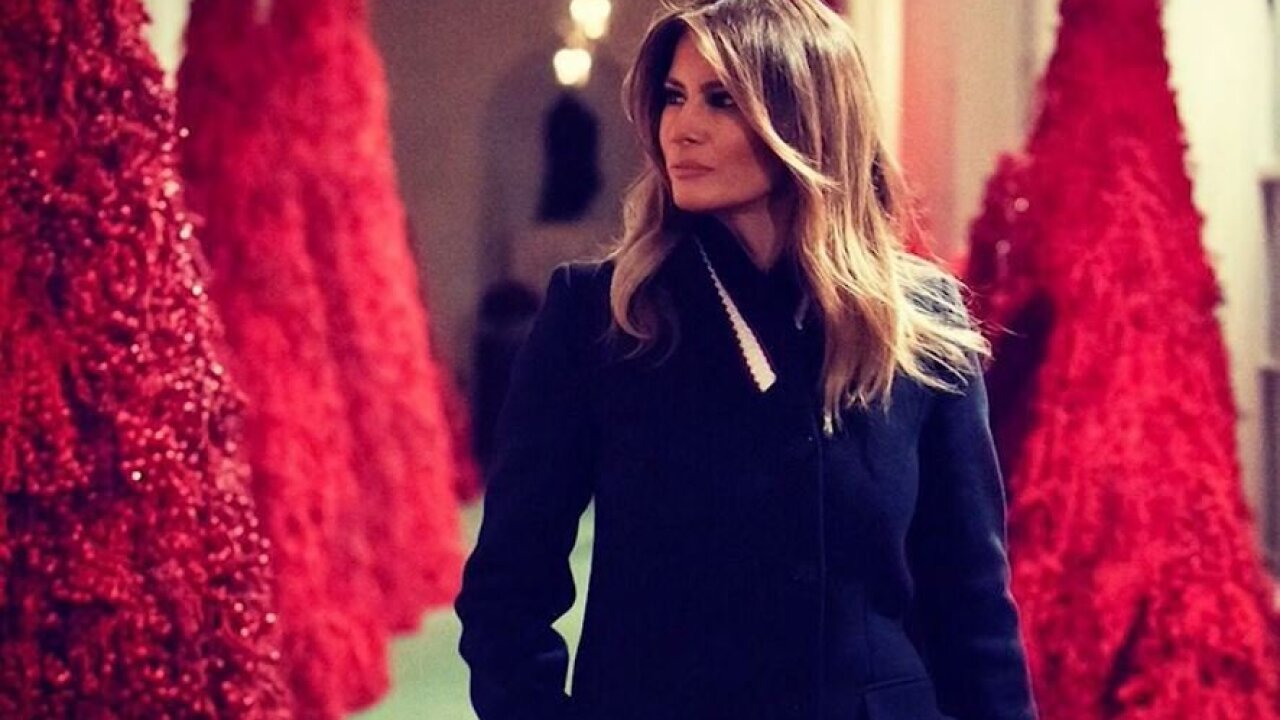 “#Christmas planning has begun in the East Wing at the @WhiteHouse. I’m looking forward to sharing our final vision for this unique tradition in the coming months,” the first lady tweeted.

It is not unusual that the first lady is already working on her holiday creativity this far in advance — planning and execution for the extensive White House décor often takes several months — but hers is an activity in stark contrast to the drama unfolding before Congress.

Melania Trump’s tweet said nothing about politics or Mueller’s testimony. Instead, the first lady included four photos of herself, handling what appear to be fabric samples and gold silk flowers. Wearing a white dress and her signature nude high heels, Trump in one of the pictures is meeting with a staffer, perhaps discussing what decoration theme will be.

In 2018, Trump’s aesthetic decision to line the East Wing Colonnade with deep-red trees made of thousands of cranberries as part of the Christmas theme earned her the ire of critics, some of whom compared the decorations to eerie, blood-colored cones; Vogue magazine said they appeared to channel “The Handmaid’s Tale,” a popular dystopian drama.

Trump defended her choice of the red trees during an interview shortly after the internet unleashed its opinions, saying: “We are in 21st century, and everybody has a different taste. I think they look fantastic. In real life, they look even more beautiful.”