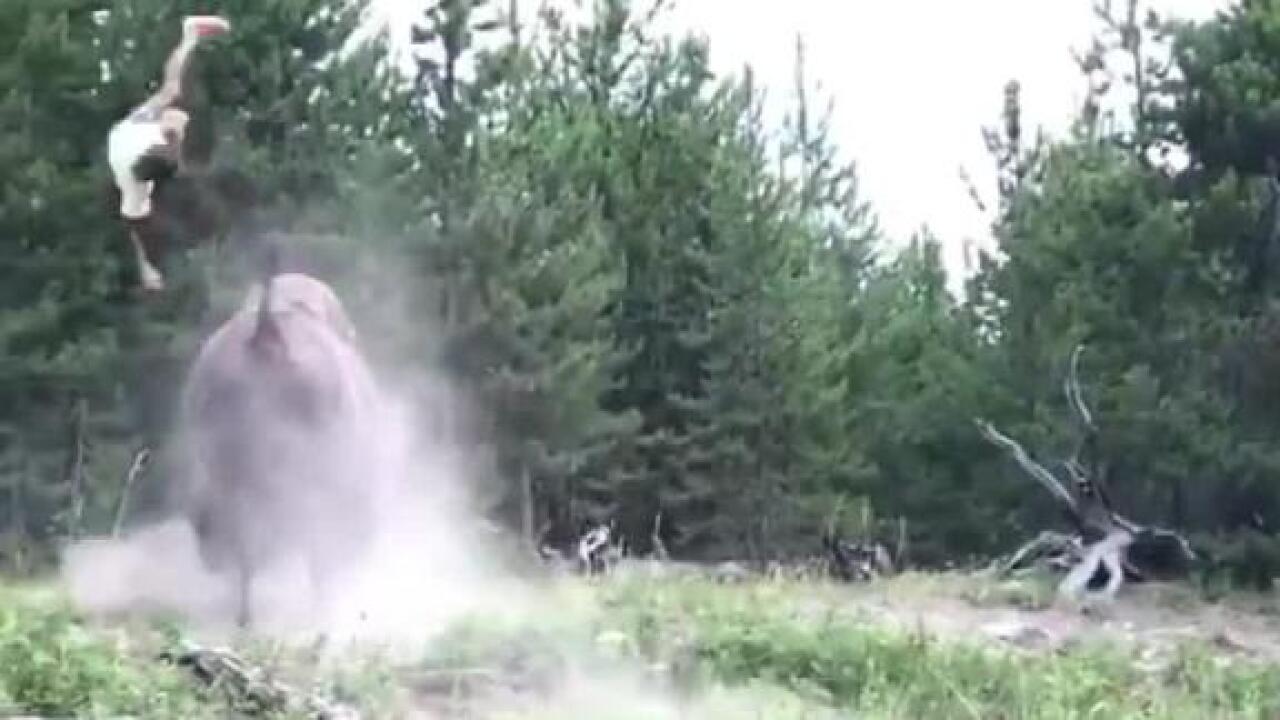 A 9-year-old girl was injured after a bison charged her in Yellowstone National Park on Monday, the park’s public affairs office said.

Yellowstone officials tell CNN they are looking into a video posted to Twitter on Monday night and being circulated by local media. While Yellowstone hasn’t confirmed the authenticity of the video, it shows a bison charge three people. An adult man and woman run away, while a little girl is violently thrown into the air by the bison.

The girl was part of a group of about 50 people near Observation Point Trail in the park’s Old Faithful Geyser area, a news release said.

The group was gathered about 5 to 10 feet away from the bison for at least 20 minutes before a bull bison charged and tossed the girl, who is from Odessa, Florida, into the air.

No citations have been issued, and the incident is still under investigation, according to the release.

Park officials warned visitors to stay at least 25 yards (75 feet) away from all large animals. Yellowstone is home to 4,527 bison, according to an August 2018 estimate.

A male bull weighs up to 2,000 pounds. The animals can be aggressive and can run up to 30 miles per hour.