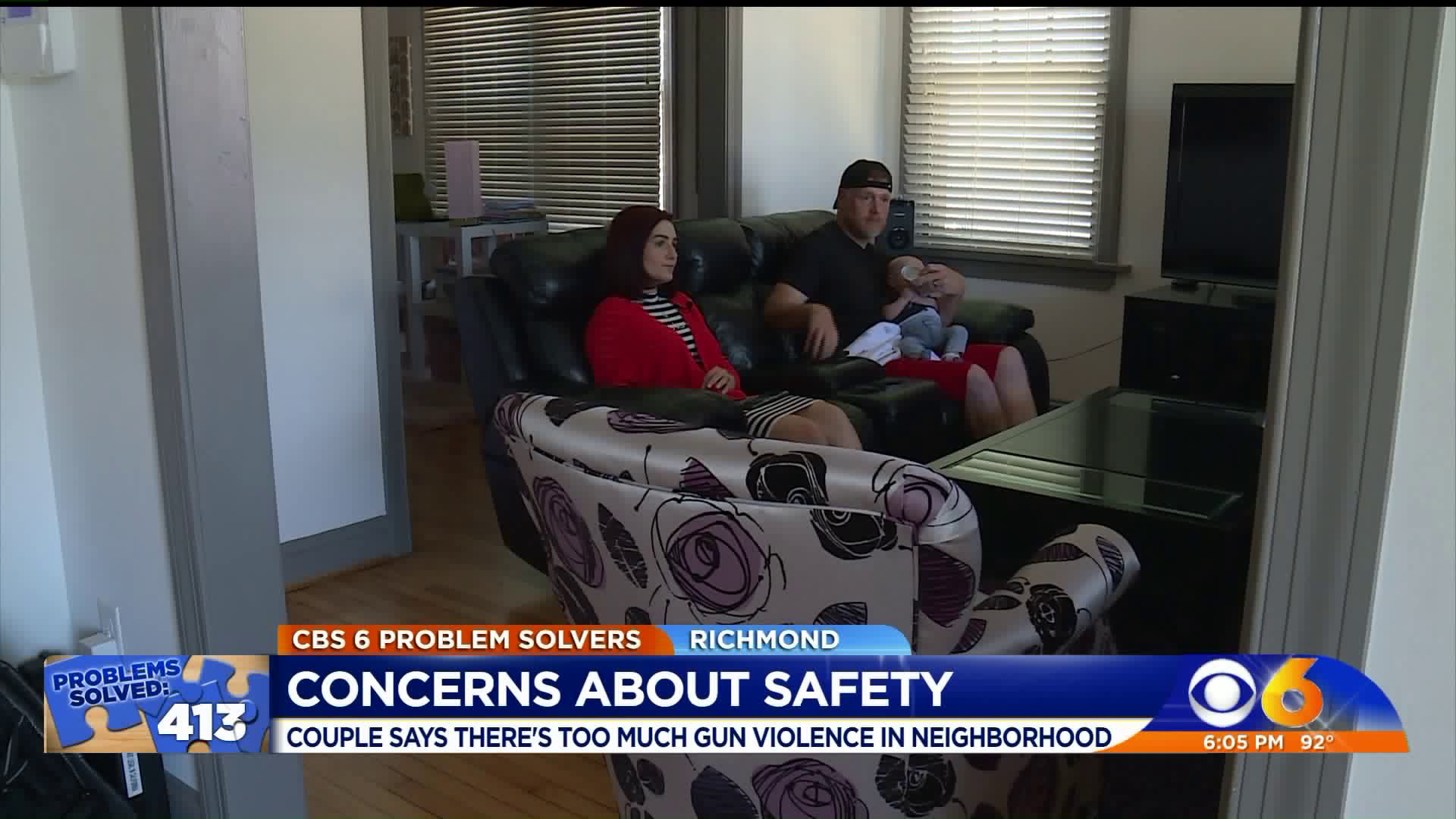 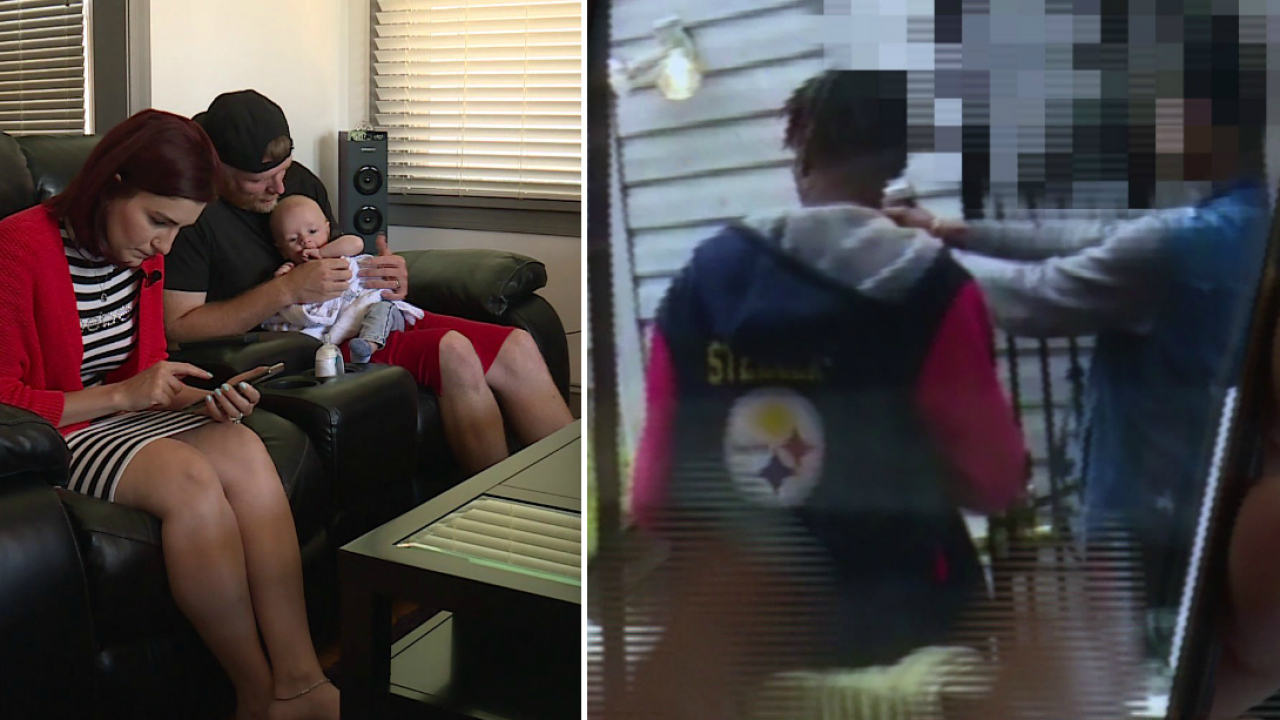 RICHMOND, Va. -- Box by box, Amy Warner and her husband Robert are packing up their household belongings.

The couple and their children are moving from the home they love on Everett St. in Richmond, but say it’s not by choice.

The two say too much gun violence, and constant drug dealing in front of their home has them fearing for their safety. The couple says a few troubling neighbors have many people on their street on edge.

The Warners say they’ve witnessed neighbors brandishing a shotgun and multiple times firing guns in their yard for no reason.

“There was even one time when we saw the guy on our security camera point a gun at his sister’s head. We could hear her saying you’re not going to shoot me while the guy pointed the gun at her,” Warner said.

She also showed CBS 6 Problem Solvers a clip of that security camera video. Multiple bullet holes on her husband’s vehicle and video of her car’s shattered window serve as scary reminders.

The Warners showed us this video of two people— just outside of their window a few feet away shooting round after round in broad daylight.

The two happened to be shooting towards the back yard in the direction of other nearby homes. It’s video that the couple’s security camera caught. They’re willing to share it with police.

After random gunfire incidents kept happening just feet away from their home, the couple installed the cameras.

“The last straw was the time we saw the neighbors sitting on their porch with a shotgun talking about retaliating against someone who shot at their car. We saw them usher all the kids and people out of their house and send them away. Then they sat on the porch for several hours with a shotgun waiting for someone. We heard them say they would shoot the person when he came by. So that was it for us,” Warner said.

A Richmond police spokesperson says their department has only one report from the Warner’s address. That was five months ago when their cars -- and the cars of four neighbors -- were shot.

The couple is worried that one day they might get shot. They say on one visit the police department to ask for help, they were encouraged to move out of the home that they are renting.

“The lady said she could tell I looked stressed out. I was 9 months pregnant. About two weeks from delivering my baby and she said you don’t need the stress. She said if I were you, it’s to the point that you should just move. She said I’d start drafting a letter to the landlord and then she gave me the report numbers that I shared with you. She said show the landlord these report numbers so he can know that you have been to the police. So the landlord will let you out of the lease,” Warner explained.

“We love our home. We don’t want to move, but we have to put our children’s safety first. We have a three-month-old and a thirteen-year-old and we aren’t going to wait until someone gets injured. Then it’ll be too little too late,” Warner said.

The couple also said they were told by a property manager that the owner didn’t have control over what the neighbors did and that he expected them to honor their lease by paying rent through December.

CBS 6 Problem Solvers reached out to Churchill Ventures, LLC and Mr. Hild for a statement. We also reached out to another representative named Jeri Dilts. That person recently announced to tenants that she would be the new property manager and any property related concerns should be forwarded to her office.

An attorney for the company sent the following statement to CBS 6. It said “Please be advised that Michael Hild is not an owner/member of Church Hill Ventures, LLC and has no authority to make decisions regarding the tenants."

In the meantime, the couple will pack up their 3-month-old and teenage daughter and move out as soon as they can.

They are still worried about the other neighbors on their block left behind to deal with the violence.