Ceiling collapsed on couple while they were asleep in their bedroom: ‘Nobody cares!’ 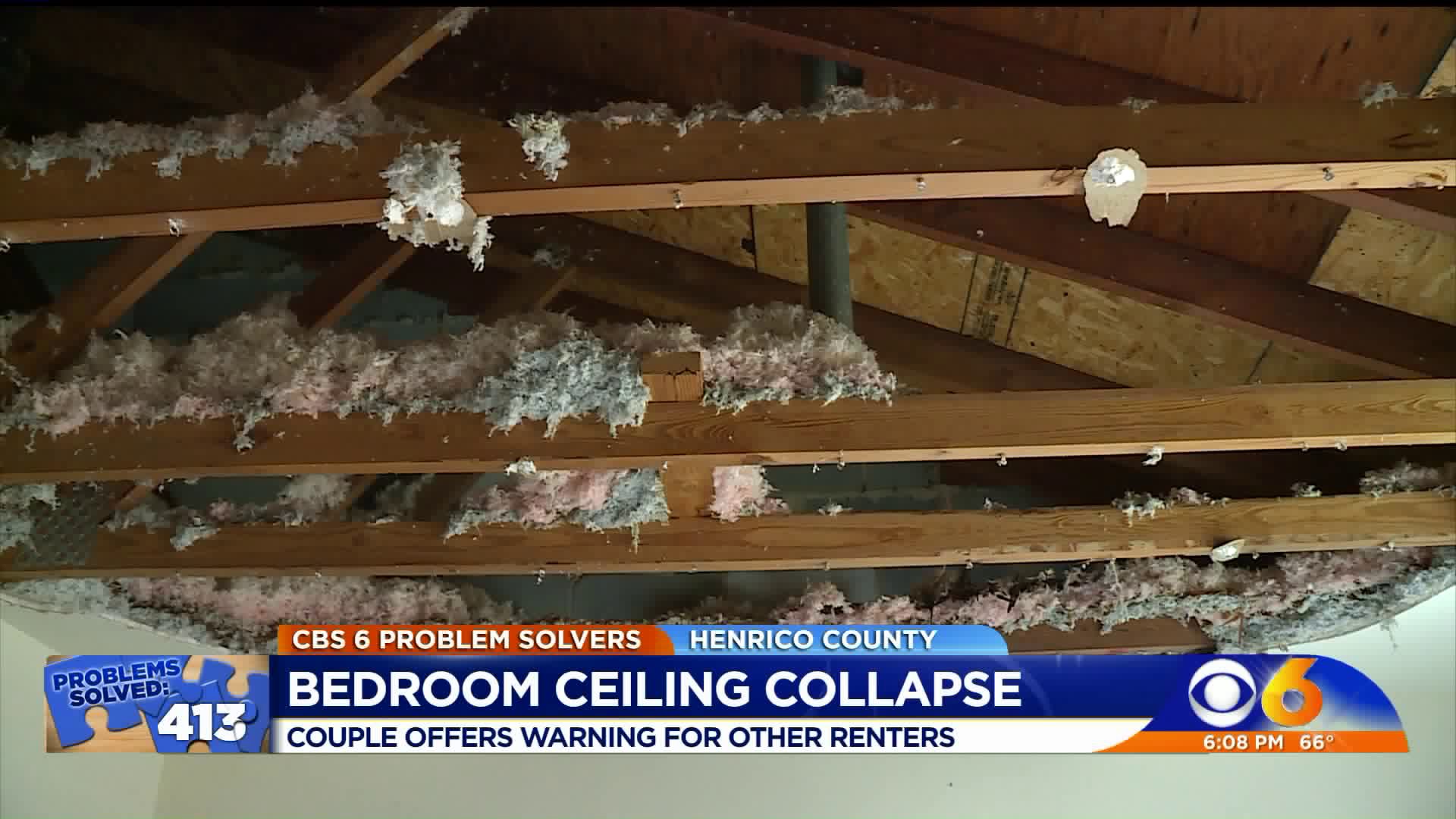 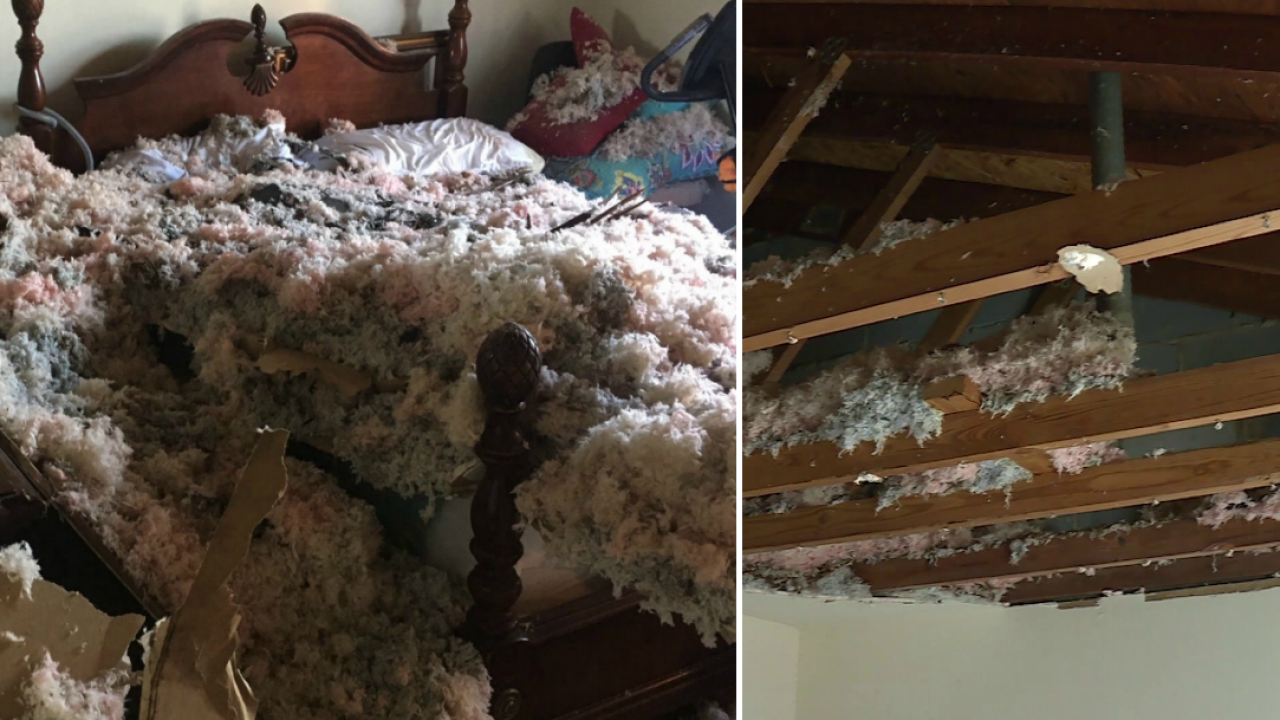 HENRICO COUNTY, Va. -- A couple said the only warning they got was a loud "ripping" sound at 4 A.M. Sunday before their bedroom ceiling fell on them while they were sleeping.

They contacted the Problem Solvers after they felt they were not getting answers from the apartment complex.

Raul Robles and his wife lived at the Wilton Apartments on Patterson Avenue since 2005, but Raul said they have not been able to shake the events of Sunday.

Before heading to bed Saturday night, Robles' wife noticed a large crack in their ceiling above their bed, and reported the situation to Wilton Apartments through an online resident portal.  Raul wrote, "we noticed our bedroom ceiling is totally cracked and about to fall."  A few hours after that message, the Robles woke up to the sound, and they were covered in insulation and drywall.

"All this floor here was about this high with fiberglass," Robles said while holding his hands thigh high.  "You couldn’t see a thing here [on the floor]."

A representative for Landmark Property Services, Inc., which owns the Wilton Apartments, said the incident this weekend did not show any evidence of a leak or water damage.  The apartment is currently investigating the cause of the collapse, the rep said.

"A comment was made on the portal at 11:00 P.M. Saturday night by the resident but an emergency call was not made," Pinson Neal III with Landmark Property wrote in an email to CBS 6.  After a follow up email from CBS 6, Pinson said residents are told to call the emergency line if they spot an "emergency issue."

Robles said they heard the sound of water dripping above them in the past and reported the sound to management, but the large crack in the ceiling did not form until late Saturday night.  Neal said a work order for a roof link in the Robles' unit was ordered and completed in June 2018.

Both Raul and his wife went the hospital.  Raul said his wife was hit in the head with debris, his leg was bruised from his hip to his calf, and both were covered in itchy fiber glass.  Outside of the trauma of having their ceiling collapse while sleeping, Robles said no one from management at the complex contacted them until Monday morning, more than 24 hours after ceiling fell.

"The management office was closed on Sunday and management was made aware Monday morning," Pinson wrote after CBS 6's follow up message.

Since first talking with CBS 6 Sunday afternoon, Robles maintained he and his wife want out of their lease because they are "afraid" to move back in after what happened.  Management called the Robles Tuesday morning to apologize and say they would work to let them our of their lease, Robles said.

Pinson said the Robles were given "options" after living at Wilton properties for more than a decade.

"I would like for the neighbors to be informed of what happened here, to have their apartments checked. It could happen to someone with children in their bedrooms," Robles said.