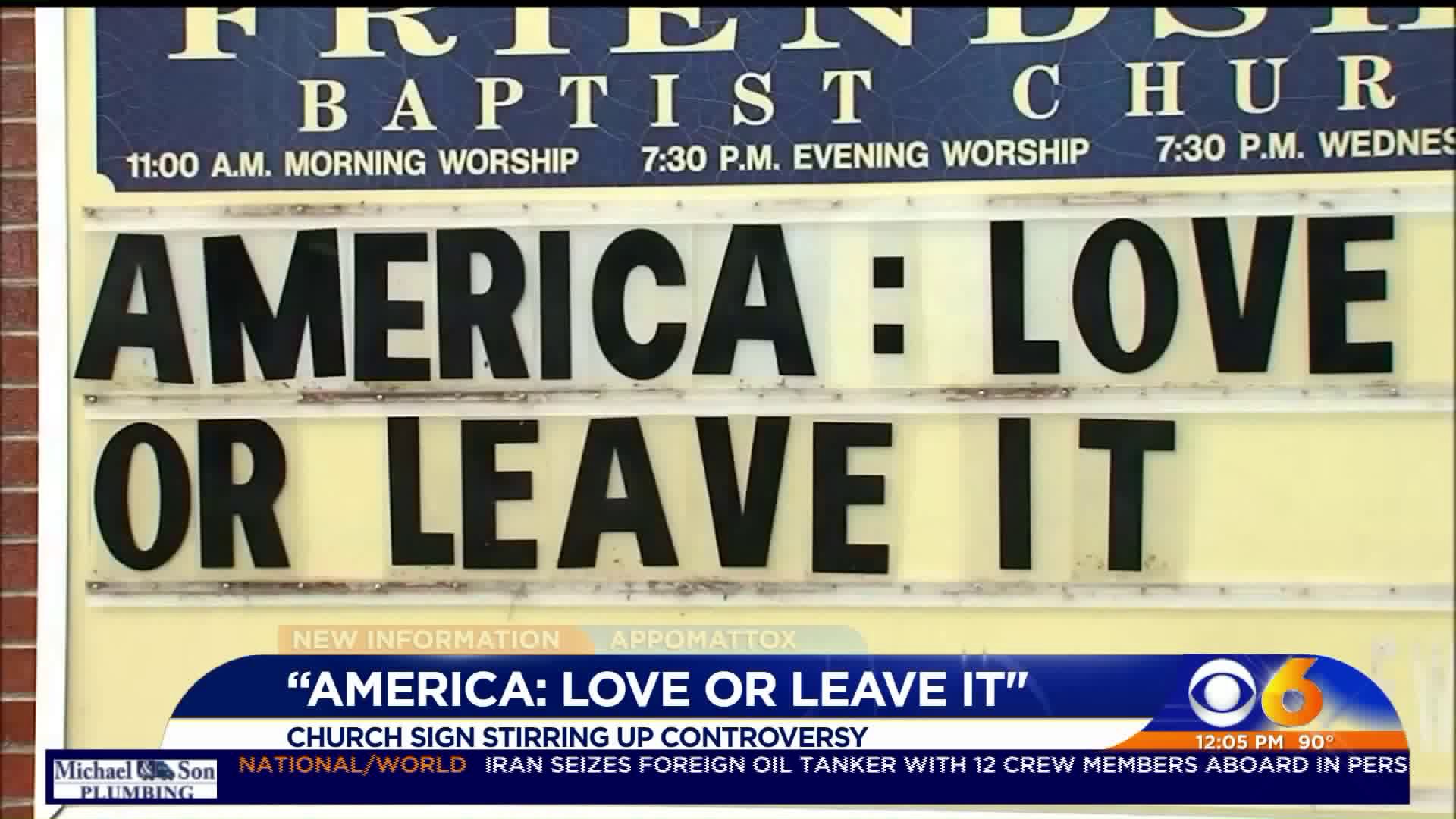 That’s the message on a sign outside a church in Virginia. Images of the sign spread on social media this week.

You’ll find it outside Friendship Baptist Church in Appomattox, Virginia. Pastor E.W. Lucas, the founder of the church, said the message was meant to be a commentary on politics, according to WSET.

As you can imagine, he’s received a lot of feedback—both negative and positive.

Lucas has been placing messages in front of the church since its founding in 1979. While some have taken exception to the sign—especially the “leave it” part—Lucas said people should take a step back.

While he understands the U.S. faces challenges, he believes Americans have it better than people in many other countries.

"People that feel hard about our president and want to down the president and down the country and everything, they ought to go over there and live in these other countries for a little while," Lucas told WSET.