House chaplain prays to cast ‘spirits of darkness’ from Congress 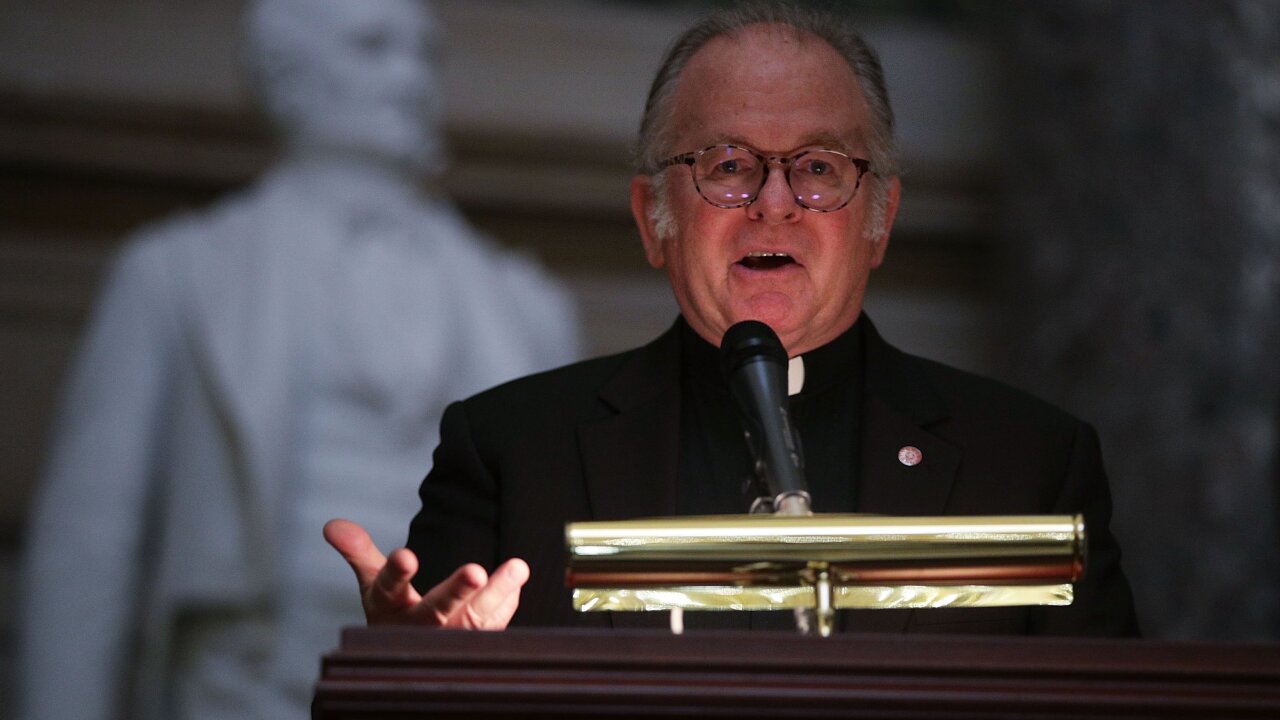 You know things are bad in Congress when the chaplain’s morning prayer on the House floor sounds like an exorcism.

You know things are bad in Congress when the chaplain’s morning prayer on the House floor sounds like an exorcism.

On Thursday, the Rev. Patrick Conroy told members of Congress it has been a “difficult and contentious week in which darker spirits seem to have been at play in the people’s house.”

“In Your most holy name, I now cast out all spirits of darkness from this chamber, spirits not from You,” continued Conroy, a Jesuit priest who has been chaplain of the House of Representatives since 2011. As he prayed, Conroy closed his eyes and raised his hands in supplication.

At times, Conroy’s prayer sounded strikingly similar to the Catholic Church’s old Rite of Exorcism, in which a priest cast “unclean spirits” from a possessed person. (The rite was revised in 1999.)

House Chaplain Pat Conroy’s opening prayer: "This has been a difficult and contentious week in which darker spirits seem to have been at play in the people's house. In Your most holy name, I now cast out all spirits of darkness from this chamber, spirits not from You." pic.twitter.com/DleRYUtLWV

In a brief interview afterward, Conroy said the echo was intentional. But he added that his prayer, which he wrote himself, was more inspired by traditional blessings for homes or other buildings.

“Anoint your servants here in the House with a healing balm to comfort and renew the souls of all in this assembly,” Conroy prayed. “May your spirit of wisdom and patience descend upon all so that any spirit of darkness might have no place in our midst.”

The idea for the prayer came to him, the chaplain said, after Tuesday’s contentious House vote to condemn as racist President Donald Trump’s tweets telling four Democrat congresswomen to “go back” to their home countries. Three were born in the United States, the fourth is a naturalized citizen.

“I was on the House floor on Tuesday,” Conroy told CNN, “and to me, it felt different than other days. It felt like there was something going on beyond just political disagreement. The energy of the House was very off. No one was relishing what was happening.”

Thursday wasn’t the first time Conroy has prayed for peace amid congressional squabbles.

“At the end of a contentious week, let Your spirit of peace descend upon this place and those who work here,” he prayed on June 29.

But while Conroy often invokes God to provide wisdom and aid to House members, he rarely mentions the darker side of the supernatural.

“If you are a person of faith,” Conroy told CNN on Thursday, “ultimately everything in our lives, our communities and our culture is a battle between darker spirits and our better angels.”

Conroy’s term was approved by the House in January, less than a year after he was briefly ousted in a controversial move by then-Speaker of the House Paul Ryan.

On Thursday, the 68-year-old Jesuit priest said his prayer was intentionally non-partisan.

“You heard it, I wasn’t picking sides,” he said. “That’s ultimately the goal every day. I want every member of the House to be able to say ‘amen.'”