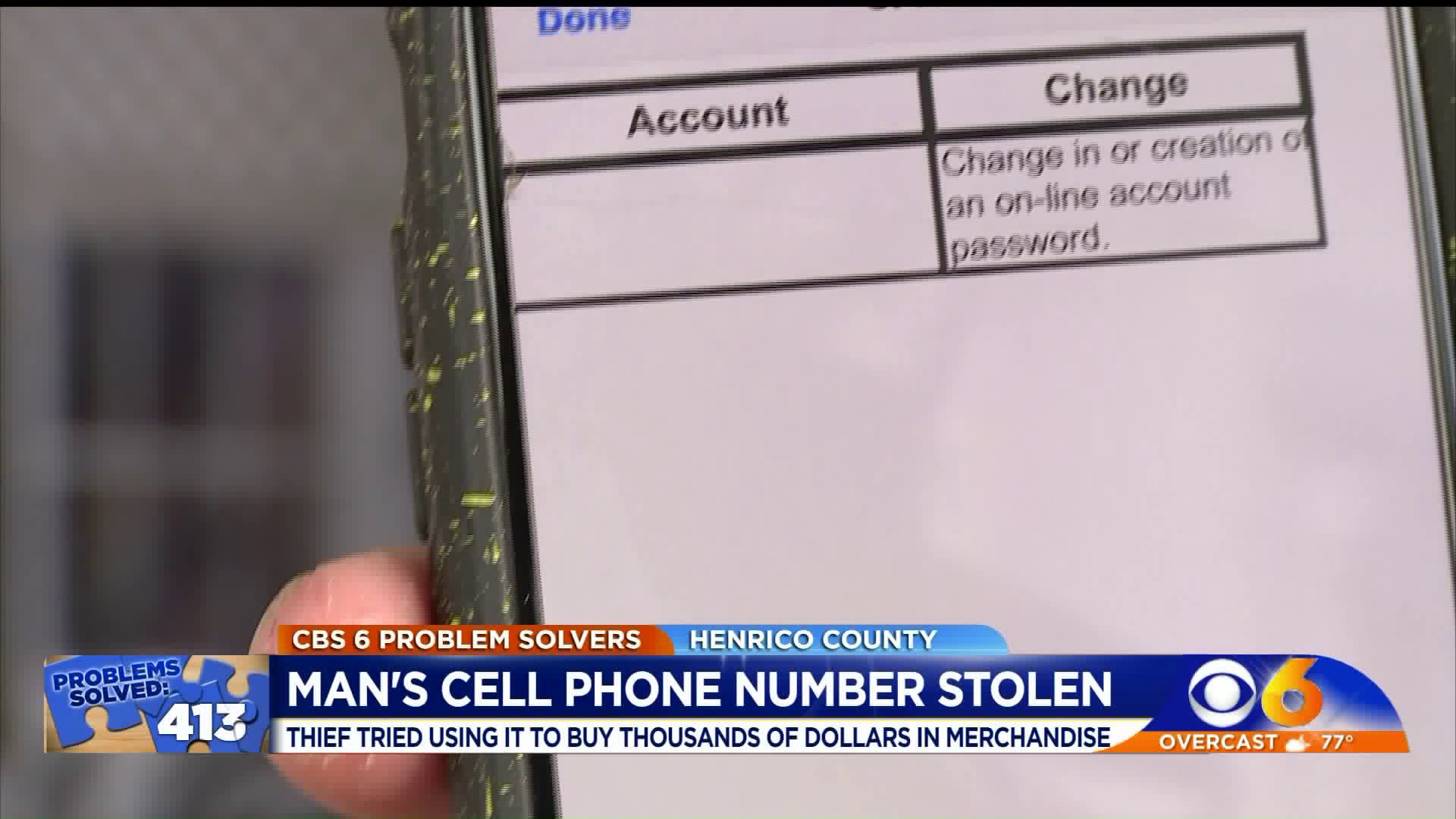 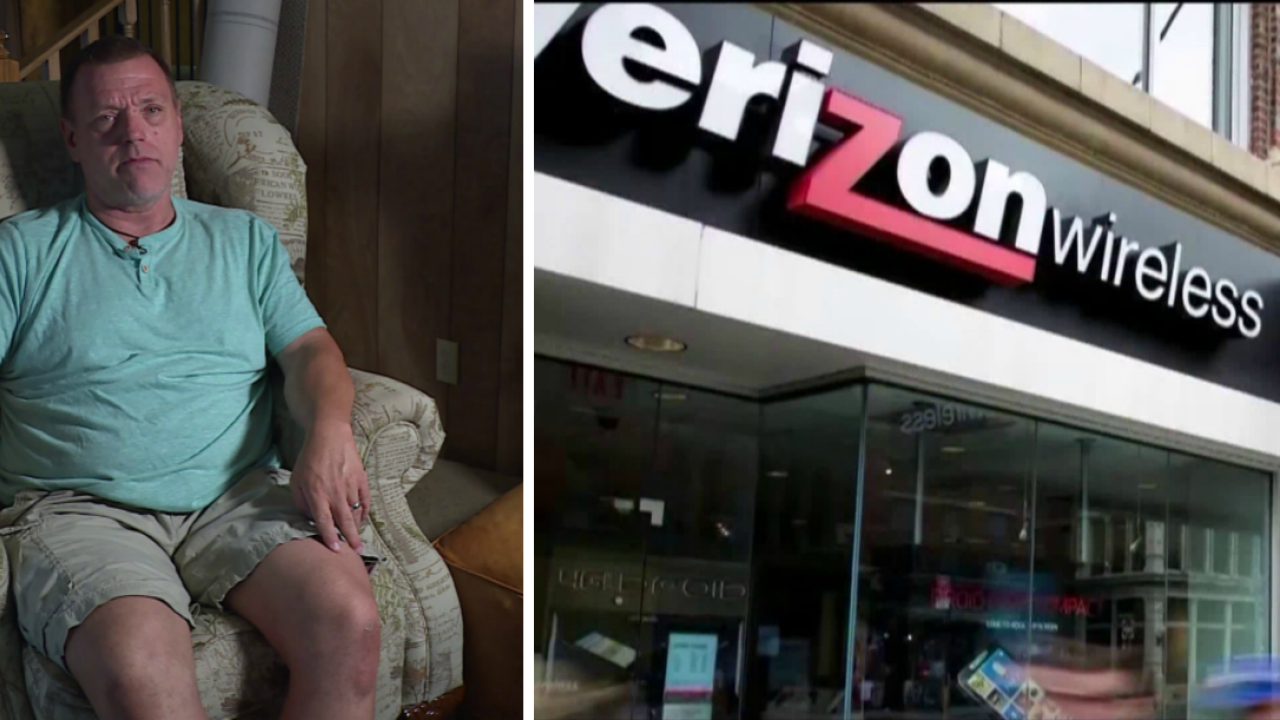 GLEN ALLEN, Va. -- A Glen Allen man is warning others of a phone scam after his phone number was hacked and used to make unauthorized purchases.

It happened to David Ezzell, a plumber who uses his phone every day for work.

“That’s how I make my living, people calling," said Ezzell.

But for the last month and week, things have been very frustrating for him and his phone.

"A month ago I get a phone call from Verizon saying that I got dropped call from this telephone number and we’re returning this phone call," Ezzell said.

Ezzell told CBS 6 he thought nothing of the call in June until this past Monday, when he received the same type of phone call from Verizon, before having the call dropped again.

Verizon said that someone had taken over his account and tried to make purchases through it.

“When I had the gentleman on the phone, he said we’ve had two other purchases through your account," said Ezzell.

Ezzell said those purchases were in the thousands.

Ezzell said Verizon’s fraud team prevented the purchases from going through but it still adds concern.

“I got to log in this afternoon and it’s telling me, I can’t log in, and he shows me a different telephone number for sending a password to a different email.”

The incident left Ezzell again confused as to how someone is hacking into his phone number.

"My password the one I set, on Monday night, it was no way that anyone could guess that password, but yet they’re getting through, how," said Ezzell.

Now he just wants to get it all resolved without anyone else getting harmed.

“I feel good that Verizon’s taking care of, no money out of pocket but it’s still an inconvenience," said Ezzell.

CBS 6 reached out to Verizon and they are aware of the issue and are working with Ezzell to resolve it. Verizon said to make sure you make unique pins for all of your accounts and if you aren't sure if someone is a legit representative, hang up and call an official Verizon number.