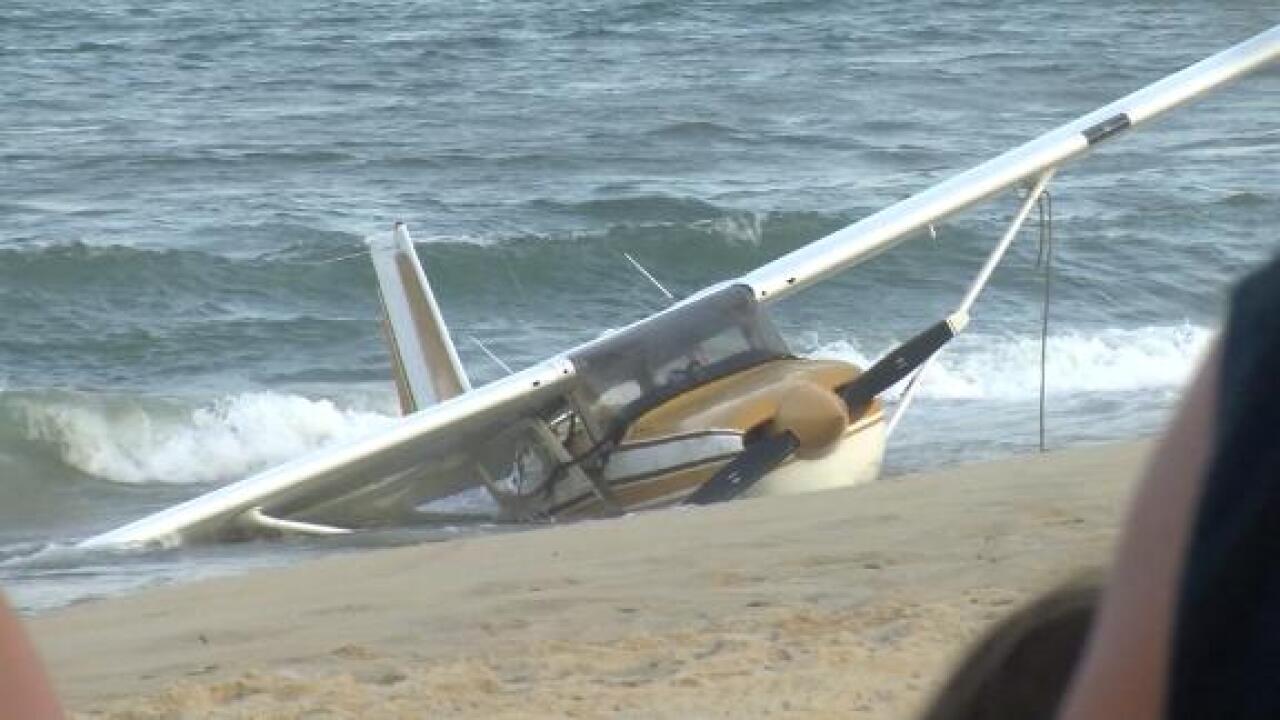 When a small plane made an emergency landing Tuesday evening just feet off the Maryland coast, Graysen Levy couldn’t believe what she was seeing.

“Do you hear that noise?” she remembered her boyfriend, Jeffrey Ratner, asking her.

They both turned to look and were shocked to see a plane hovering just a few feet above the water at Ocean City, she told CNN. Levy, who’d been taking a photo of the sky behind them, quickly started recording.

Levy thought the plane was putting on a show and would curve back up, away from the water, she said.

The aircraft got lower until it started skidding along the waves, stopping only when its nose plunged into the Atlantic surf near where Levy and Ratner had been swimming five minutes earlier, Levy said.

“Everyone started running real quick,” witness Stevie Reeve told CNN affiliate WBOC. “Then, you saw the lifeguards and everyone running, and I’m like, ‘Yeah, this is serious.'”

Thankfully, the 23-year-old pilot — and only person onboard — was unharmed, Maryland authorities said.

The plane soon began to sink, and everything in it starting floating around it, Levy said. It was towed onshore and removed.

“The pilot did a fantastic job landing the aircraft,” Jessica Waters with the Town of Ocean City told WBOC. “There was no one hurt. There were a few pieces of the plane that were recovered, so there doesn’t appear to be any kind of environmental issue.”