Two men beaten in King William County miles apart: ‘He hit me with the end of the pistol’ 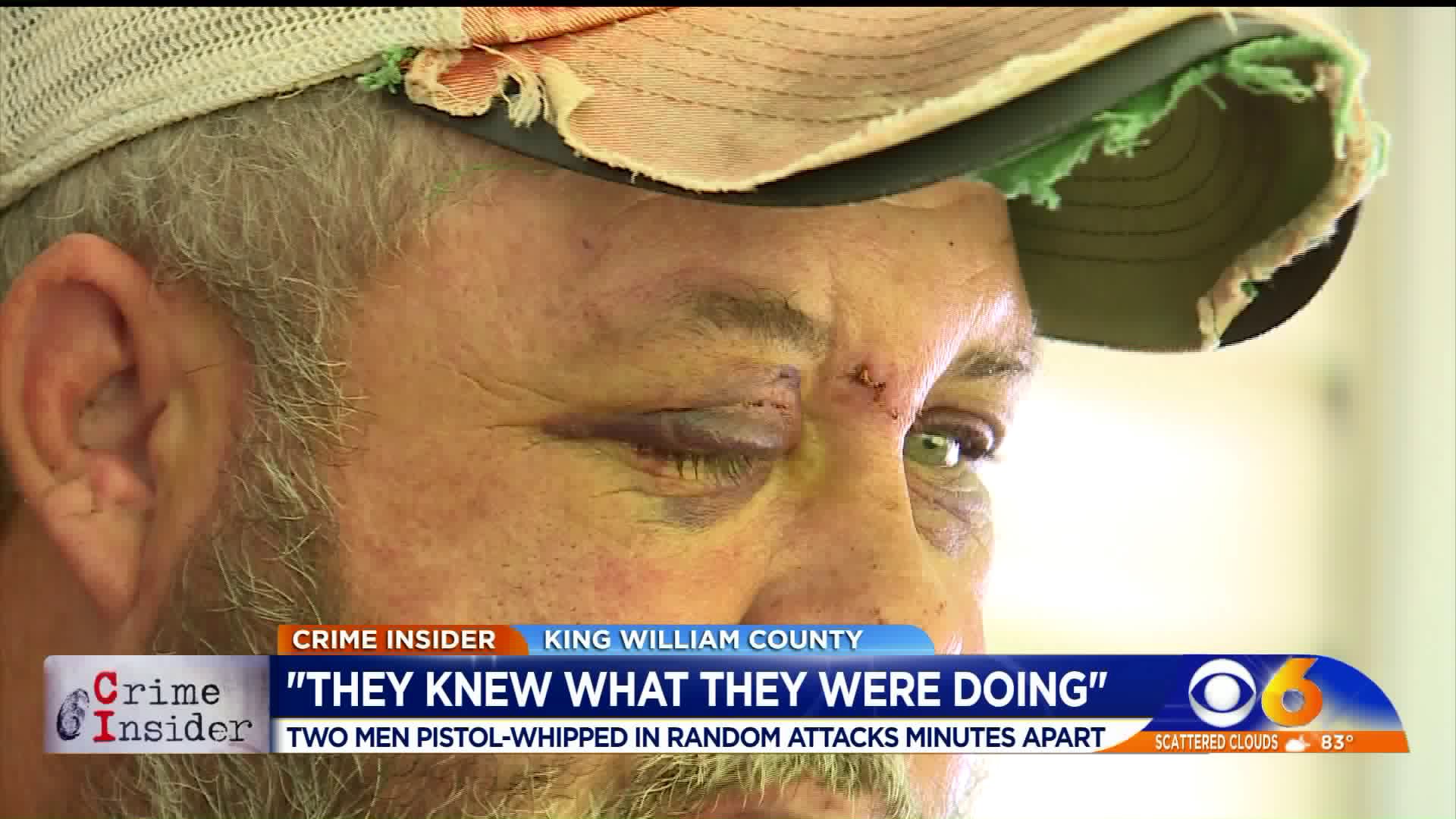 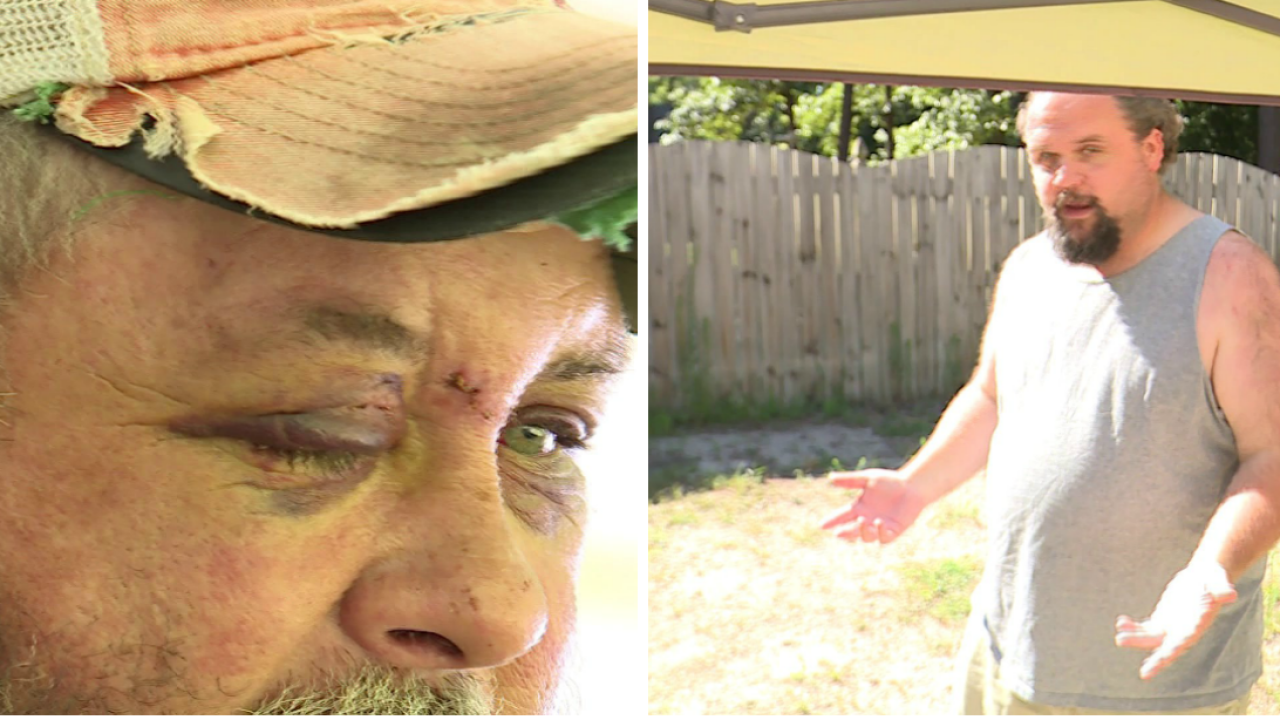 KING WILLIAM COUNTY, Va. -- Two men have been arrested in connection to two random beatings in King William County that were minutes after each other and about a mile apart last week.

One man, an Aylett construction worker, was pistol-whipped so severely that doctors say he may never see out of his right eye again.

"He hit me with the end of the pistol and when it hit my eye, well, you can see what it did," said William Dean.

The King William Sheriff's office says Damian Kelley and Vinson Holmes beat Dean in his own driveway after they asked to borrow jumper cables.

Dean owns a concrete company and his injury will make it tough to operate. He says his road to recovery will be long and costly. "They knew what they were doing,” he said. “Definitely."

Just minutes before Dean was attacked, there was another violent assault nearby.

"I look over and see someone standing right by the shed and I said, ‘Can I help you?’ and he said, ‘Get on the ground mother f’er!" said Kris Eiben.

He was then assaulted in his driveway in the Rose Garden Estates neighborhood. Home surveillance shows two men raising and pointing a gun at him.

"They were here when I got home,” Eiben said. “My family was inside.”

“I don't know if they were planning on doing something to them, but it hurts to think about it," he said. "And that's when he said, ‘Get on your hands and knees, or I will blow your head off!’"

Many move out to King William for peace and serenity., and violence in what they call the "country" is rare.

"I’ve never been much of an advocate for guns but this has made me get my concealed carry and I will be purchasing a pistol," Eiben said.

Kelley was arrested late Wednesday and Crime Insider source say his alleged accomplice Holmes was arrested Saturday afternoon by the US Marshal Fugitive Task Force, as he was going to the Powhatan Hill Park pool with his friends in Richmond.

Dean has a fundraising page to help with medical expenses.