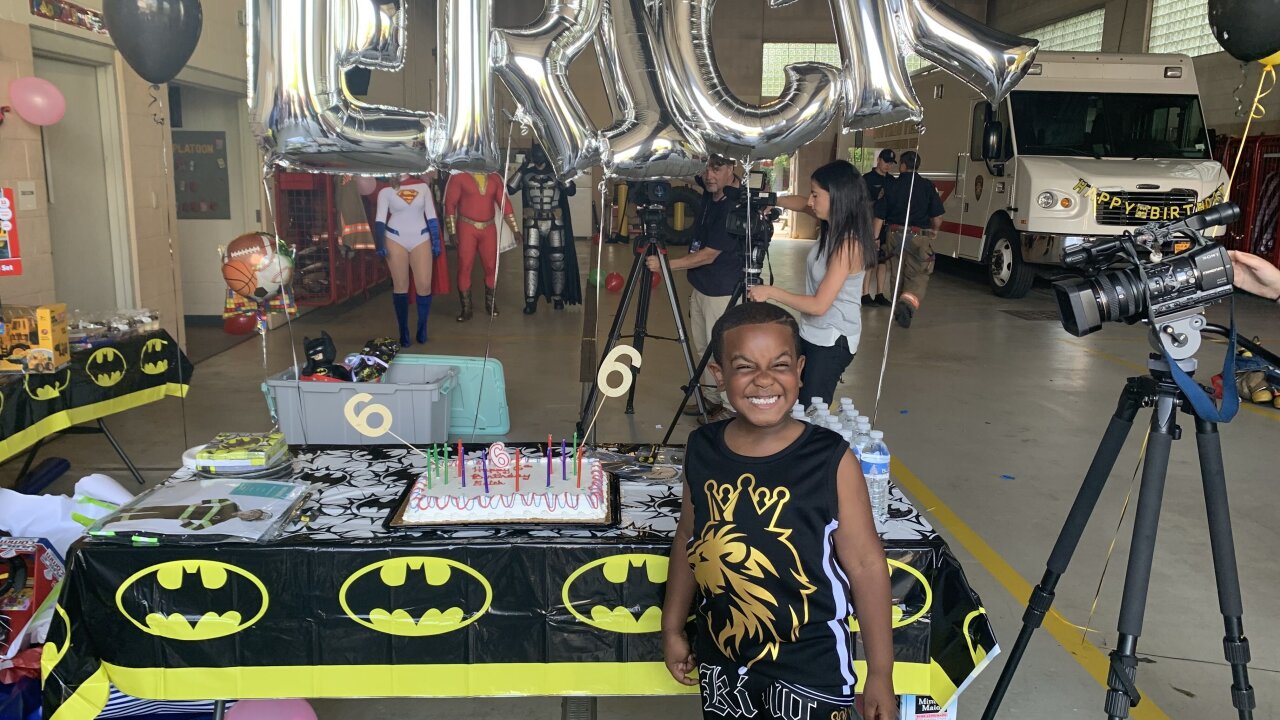 Erick Hill was supposed to spend his 6th birthday celebrating at a cookout with family and friends. Instead, tragedy struck as a fire ripped through his Buffalo home.

While everyone got out safely, Erick’s family lost almost everything, including all of his birthday presents.

Erick’s mother, Jamia Jones, was out buying balloons and decorations for the party when her cousin called alerting her to the fire. By the time she returned, the flames had gutted their home.

Knowing that Erick spent his birthday watching his house burn down, the local firefighters decided to make sure he had some happy memories of turning 6. They wasted little time throwing him the celebration that the fire took away.

Just two days later, they opened the doors of Engine 33 to surprise Erick with dozens of firefighters singing to him and trucks full of gifts.

When they found out that Erick’s favorite superhero is Batman, they made that a theme of the party and even welcomed the Caped Crusader along with some of his “super” friends.

Firefighter Brian Madison went above and beyond, building Erick a brand new custom toy box to keep his gifts. Madison put so much work into it that he was late to the party, waiting for the paint to dry.

The whole community came together for Erick. Buffalo’s Birthday Squad along with The Buffalo Peacemakers showed up to celebrate and bring gifts.

Knowing that Erick spent his birthday watching his house burn down, the local firefighters decided to make sure he had some happy memories of turning 6. They wasted little time throwing him the celebration that the fire took away.

Jones told CNN that Erick was shocked and a little overwhelmed at the surprise. With the party coming just two days after the fire, he was unsure whether he should be happy or sad. But as the party went on, Erick opened up and had plenty of fun. He even challenged some of the firefighters to dance battles.

“The fact that they took time out of their busy schedules shows that they love what they do,” Jones said.

“If we can take his mind off the stress for an afternoon, then it was a job well done. Mission Accomplished,” he told CNN.

The Buffalo community is also helping Erick’s family get back on their feet. They are donating money through a Go Fund Me fundraiser.