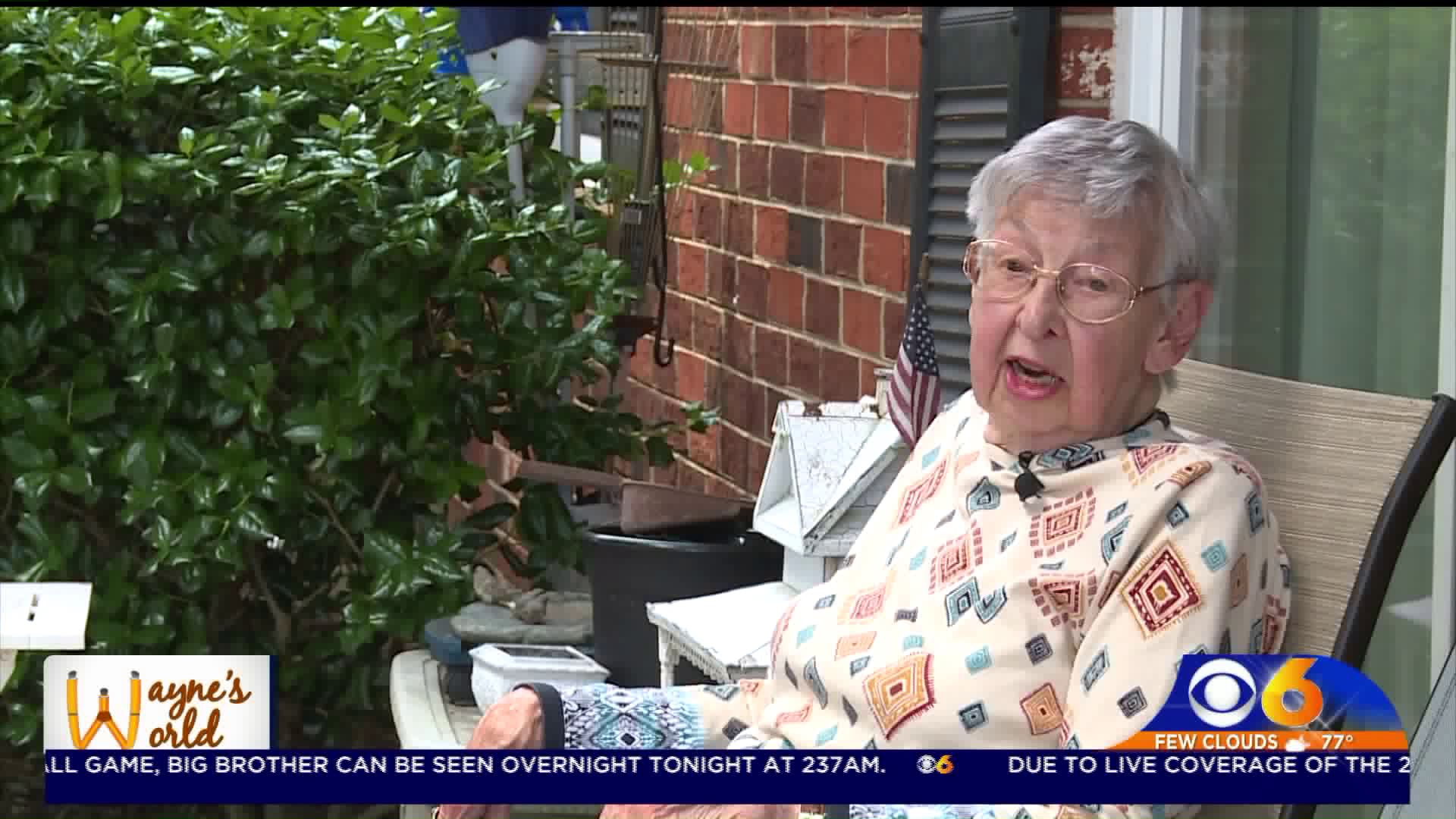 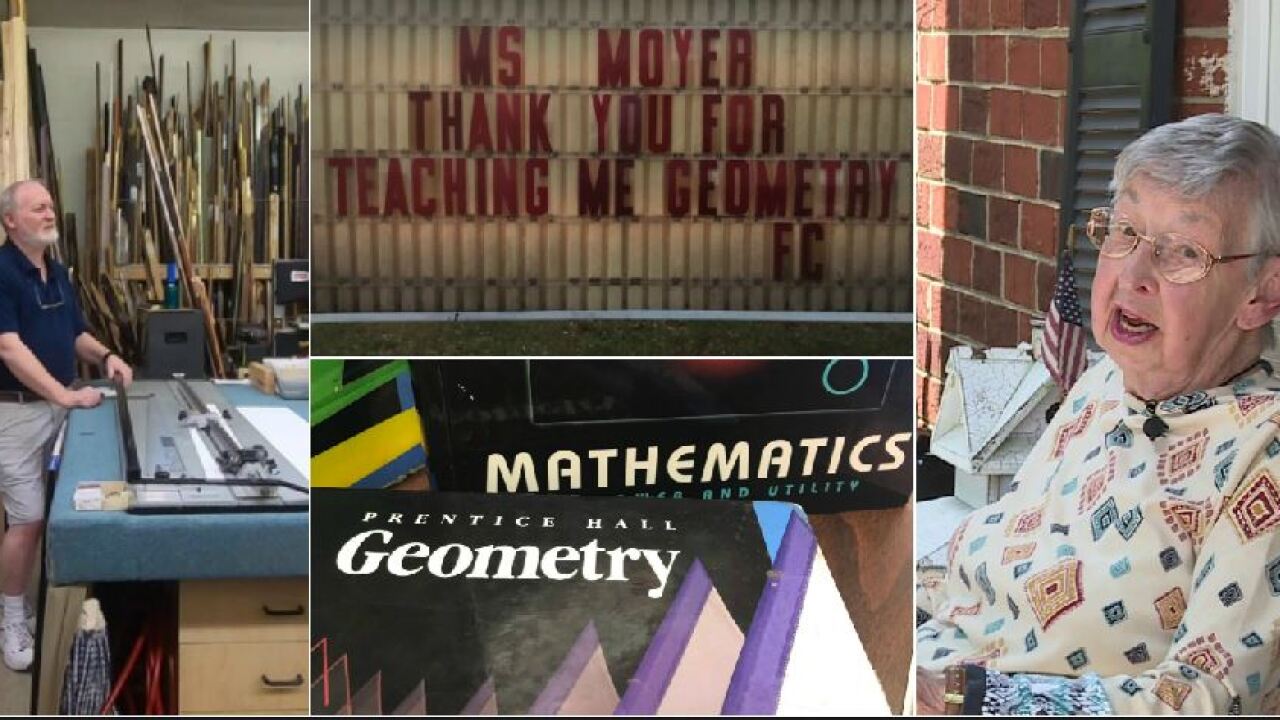 PETERSBURG, Va. -- A random act of kindness can sometimes be as simple as a few words. Especially when those words are put on a large marquee by a man who graduated in 1976, thanking a former teacher. That is exactly what a Petersburg man did, when he realized what he learned in geometry was far more useful than he ever thought it would be.

When Frank Carter was asked if he ever thought he would use the formal geometry he learned in Ms. Ellen Moyer's class, he responded, "I didn't really, at the time, like every other student in the class probably said, 'when am I ever going to use this?'"

Now, owning and working at Carter Framing and Art in Petersburg, he, "works a lot of angles and dimensions and uses it every day."

He even went as far as to say that if Ms. Moyer had not taught him the geometry she did, he would have a hard time doing this job.

Carter said during Ms. Moyer's 35-year teaching career, she was tough, to which Ms. Moyer responded she was, "firm and fair."

At 91 years of age, she stands by this firmness in teaching a subject that no other teacher wanted to teach.

While nearly five decades having passed since geometry his 10th grade year, he thought it was time to give credit where credit was due.

With Ms. Moyer browsing in his store one day, he said to her, "Ms, Moyer, I know that I wasn't a good student when I was your student, I never turned in my homework, but I want to let you know that what you were teaching sunk in and that I appreciate it and use it every day."

He then put on a large marquee for the world to see, "Ms. Moyer, thank you for teaching me geometry."

Nearly every student has had the same thoughts sitting in class as Frank did - when will I ever use this?

Years (even decades) later, you never know what tough lessons sunk in, making the future a bit easier to navigate.