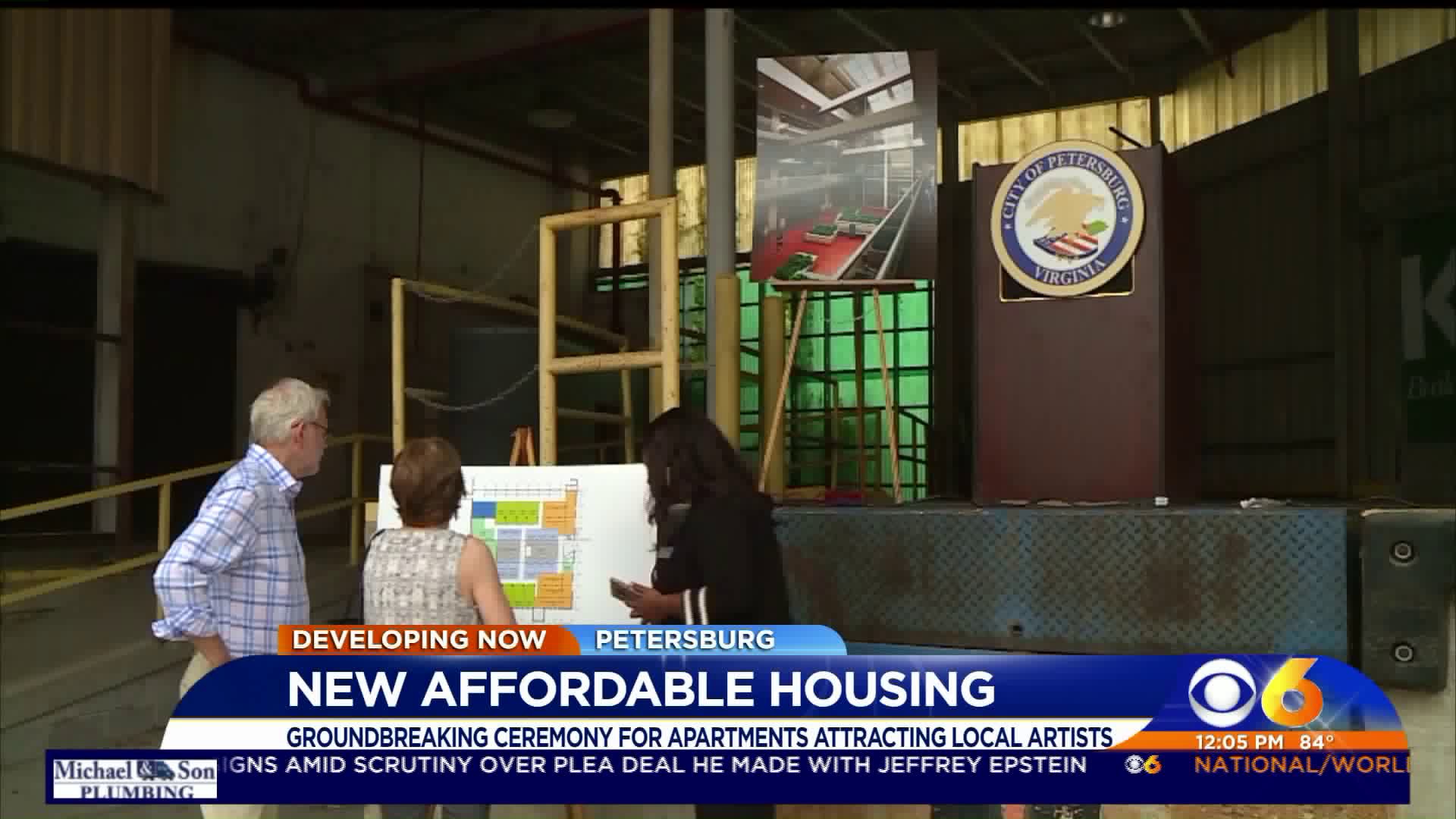 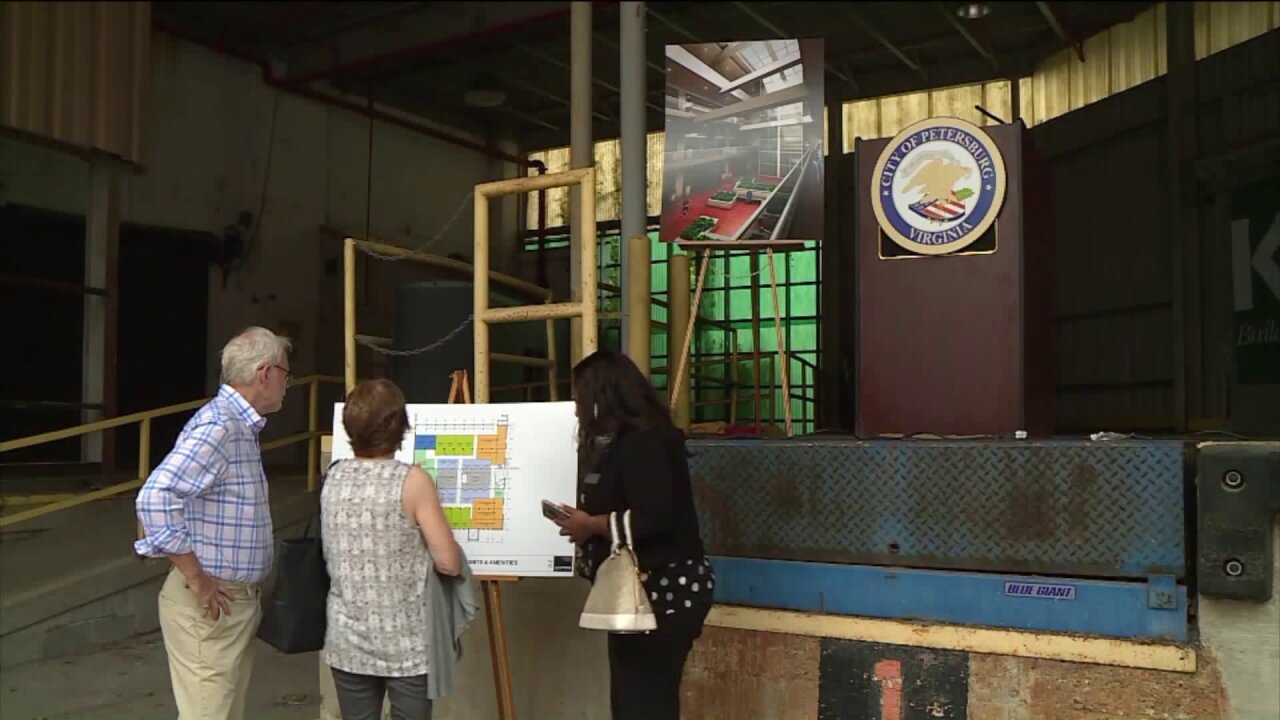 PETERSBURG, Va. -- In two years, what is now a warehouse building, will be transformed into a $57 million affordable housing community geared toward local artists.

Friday morning, 110 South Perry, LLC broke ground for one of the largest economic developments in the City of Petersburg.

Friday, the Mayor, members of city council, investors, and members of the public gathered there to celebrate the beginning of the new development. Developer Tom Wilkinson said a lot has gone into the project, and there’s still a lot to do.

“Eight years of stress and worry, lot of money, lot of time,” said Wilkinson. “It’s very gratifying but it’s just another step along the way.

The development will include 226 apartment units, 50 of those will be artist workspaces. The artist components of the project result from an initiative led by The Cameron Foundation.

“The 50 Apartments will have high ceilings — probably about 14-foot ceilings — natural light, but a very open concept,” said Todd Graham, President of the Cameron Foundation. “As few walls as possible so the artist has flexibility on how they want to utilize the space.”

Victoria Revilla is involved in the performing arts in Petersburg and understands the importance of attracting local artists to the city.

“People throughout the region come to Petersburg for art and culture,” said Revilla. “That is one of our main economic synergies here in Petersburg.”

Wilkinson said the development is expected to be completed in 2021. He said rent will cost between $700 and $1,100 depending on the renter's income.