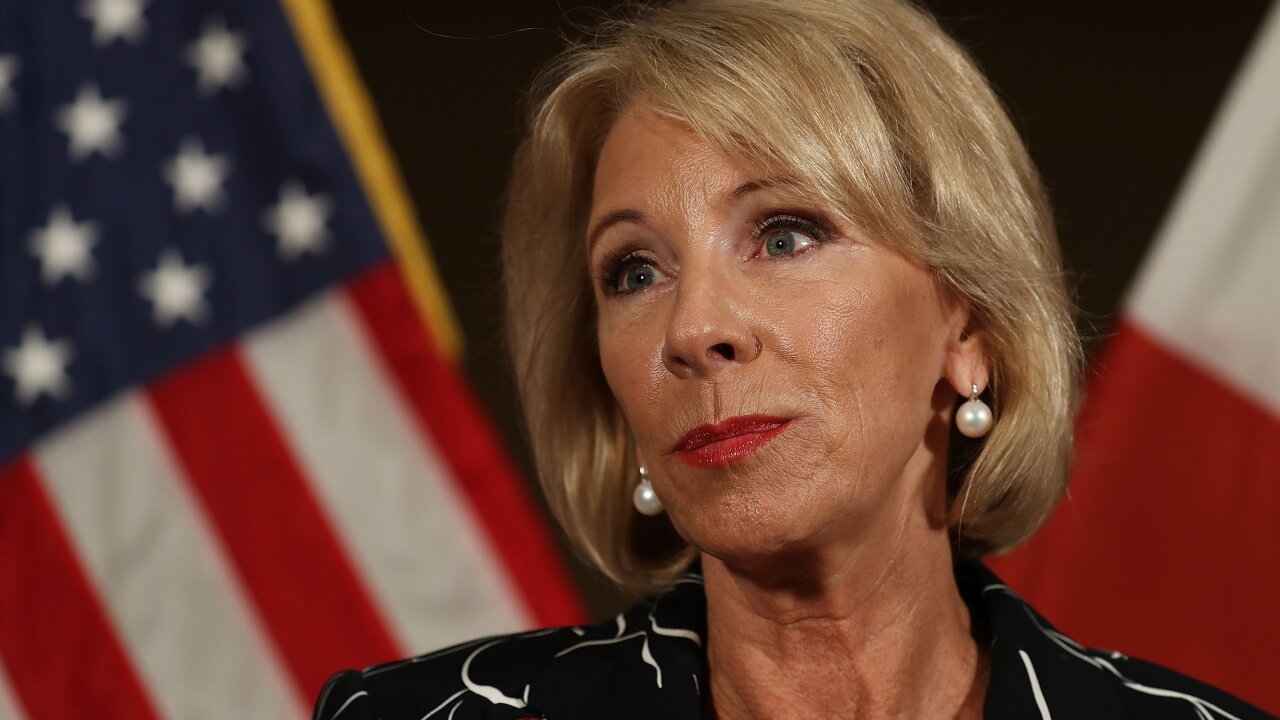 The American Federation of Teachers union sued Education Secretary Betsy DeVos Thursday, alleging that the department has mismanaged a federal program that grants teachers and other public service workers loan forgiveness after they make 10 years of payments.

The American Federation of Teachers union sued Education Secretary Betsy DeVos Thursday, alleging that the department has mismanaged a federal program that grants teachers and other public service workers loan forgiveness after they make 10 years of payments.

About 1% of the more than 73,000 borrowers who have applied for the Public Service Loan Forgiveness program have been granted relief since the program was created in 2007, according to department data.

The lawsuit blames the Department of Education for denying applicants “on arbitrary and capricious grounds” and failing to put a process in place to review erroneous decisions or ensure loan servicing companies provide accurate guidance to borrowers about their eligibility.

“Instead of helping the millions of Americans owed debt relief under the Public Service Loan Forgiveness program, DeVos has hurt and pauperized them. And instead of working with lawmakers to improve the program that millions of teachers, firefighters, nurses and first responders deserve, DeVos has vandalized it,” said Randi Weingarten, president of the American Federation of Teachers, in a statement.

A spokeswoman for the Department of Education did not immediately respond to a request for comment.

The Public Service Loan Forgiveness program was meant to encourage people with student debt to stay in lower-paying jobs that serve the public, like teachers, social workers, public defenders and nurses. Those who work for a qualifying non-profit or government employer, can apply for loan forgiveness after making 10 years of payments. But a borrower must have the right kind of federal student loan and be enrolled in a specific type of repayment plan.

Eight educators are also named in the complaint, which seeks loan forgiveness in their specific cases. It also asks the department to fix the application process and come up with an appeals process.

Many borrowers have complained that the program’s rules are hard to navigate, and some have found out they don’t qualify only after the 10 years is up. About half of the applicants that have been rejected did not have enough qualifying payments, while a quarter had missing information, and 16% didn’t have eligible loans, according to department data.

DeVos has blamed Congress for creating a confusing program, but some Democratic lawmakers have accused the department of holding up the process.

The American Federation of Teachers previously sued the loan servicing company Navient over problems with the Public Service Loan Forgiveness Program, and other borrowers have filed lawsuits against the company and other servicers.

But the new lawsuit is different, putting blame on the Department of Education.

DeVos has proposed ending Public Service Loan Forgiveness for three years in a row in the budget request she makes to Congress, but lawmakers have continued to fund the program.

Last year, Congress set aside an additional $350 million to fix what they called a “glitch” in the enrollment process.