People are cutting Bolt Scooters in half and setting them on fire: ‘It’s dangerous’ 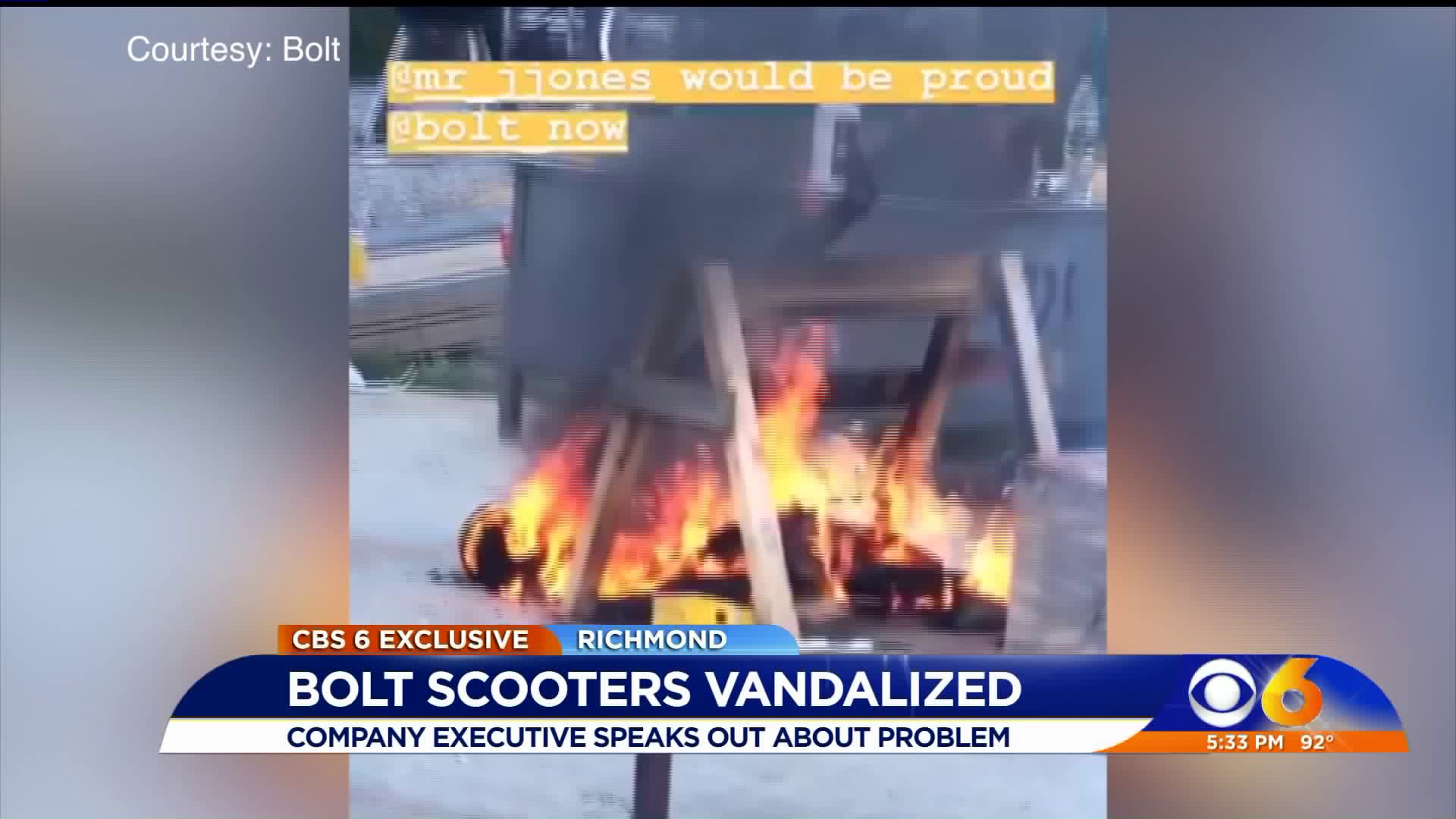 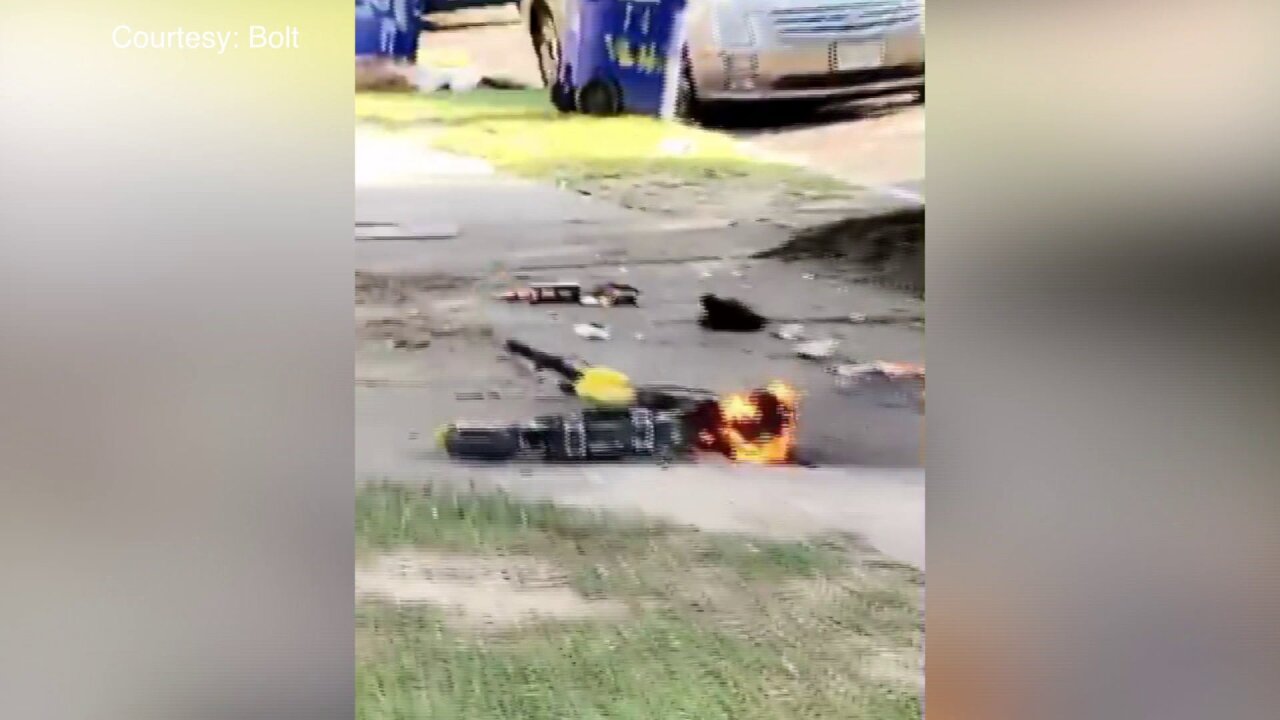 RICHMOND, Va. -- It has been a little more than a month since Bolt Mobility launched their electric scooters in Richmond, and the company said they have logged more than 27,000 rides in the city. The high ridership numbers come with an outsized number of vandalism incidents, company reps said.

Bolt has documented instances of scooters sawed in half, thrown in dumpsters, and even set on fire. The Richmond Fire Department confirms they were called to an incident of a scooter on fire earlier in the week.

Video of the incident shows a Bolt on fire on a city sidewalk while children watch from nearby. Another video shows one in flames at a local skate park.

"It's dangerous for them. Lithium-Ion is very flammable, so we don't want anybody to get hurt while they're vandalizing our scooters," Nicholas said.

Obviously, Bolt does not want their scooters vandalized at all. Nicholas said that initial testing of the dock-less vehicles showed they remained functional for two years if used properly.

Beyond people destroying them, Bolt said some users are stealing scooters or taking them inside their residences, which hinders others from accessing them.

"These are intended for shared use; it's one of the advantages of dock-less mobility. So when someone takes a scooter and locks them up in the bedroom closet, it doesn't really benefit the community, the neighborhood, the next person who may be relying on it to get to work, school," Nicholas said.

The upshot of the vandalism, theft, and misuse, according to Bolt, is they have never been able to fully deploy their scooter fleet since arriving in Richmond.  The company's permit allows for 500 scooters on Richmond streets, but representatives said they have never approached deploying that many.

Richmond Police and Fire confirm the will investigate any incidents of scooter vandalism reported to them.

Customers submit their phone number and email when signing up, so Nicholas said they can track who rented the scooter prior to an incident. Bolt actively checks on their customer's well-being and see if they can provide any information about what happened, but Nicholas said are not "trained investigators."

"There's a learning curve to everything. We're happy to work with the city to make sure this is a success," Nicholas said. "We want people to be as safe as possible while enjoying the scooters in the city."

Nicholas said Bolt does not plan to leave the market because of the vandalism rates. Bolt has maintenance and customer service employees stationed in Richmond to help fix broken scooters and educate users on proper use.

A group of young men were riding the electric scooters at Fountain Lake Park Wednesday afternoon and said they worry continued vandalism could lead the company pulling them from Richmond.

"I saw one video on Instagram, it was childish because it could mess up everybody's fun in the community," one young man said.

Bolt asks anyone who spots an incident of vandalism to report it to police and the company's 24-hour customer service line.