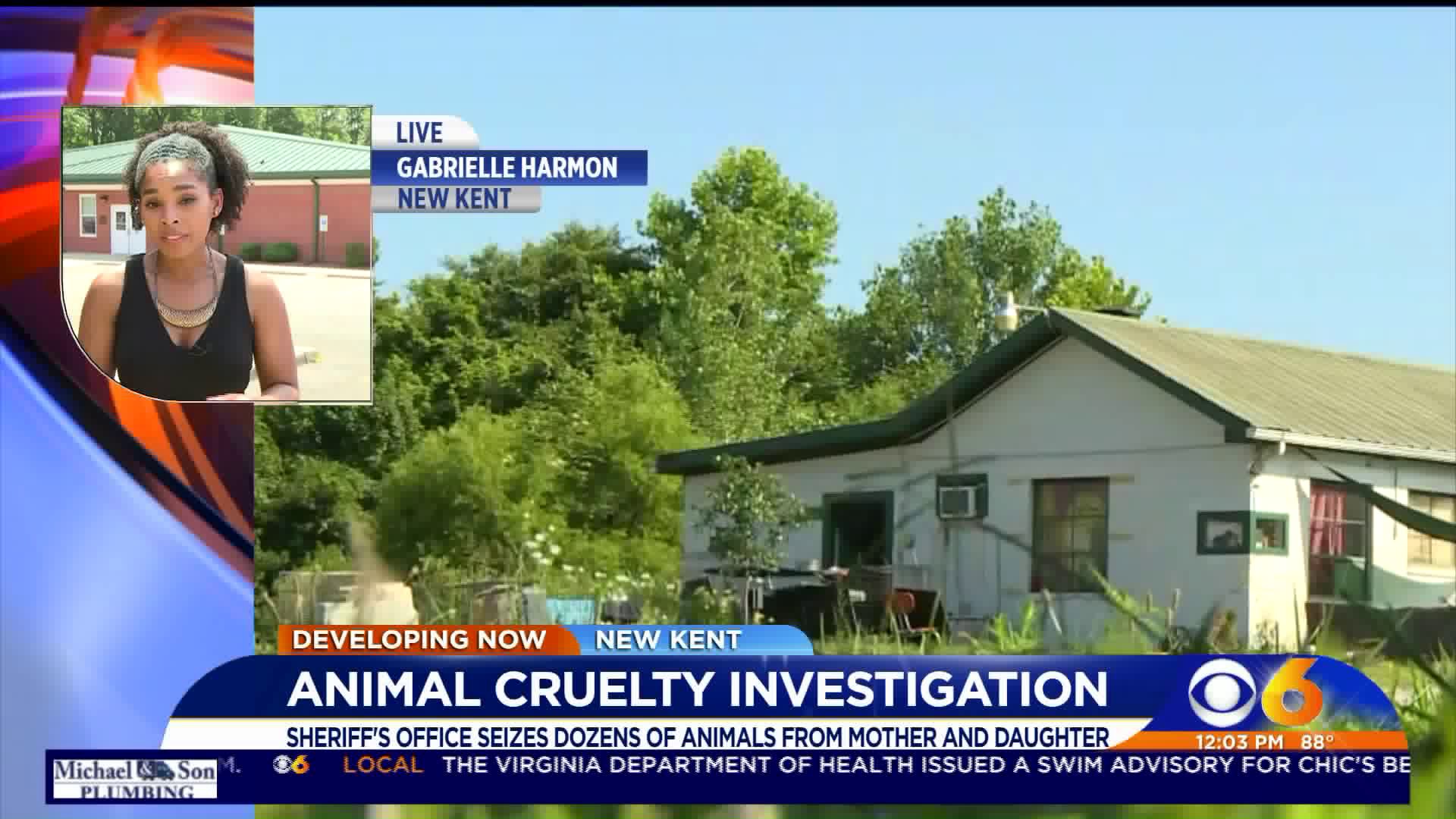 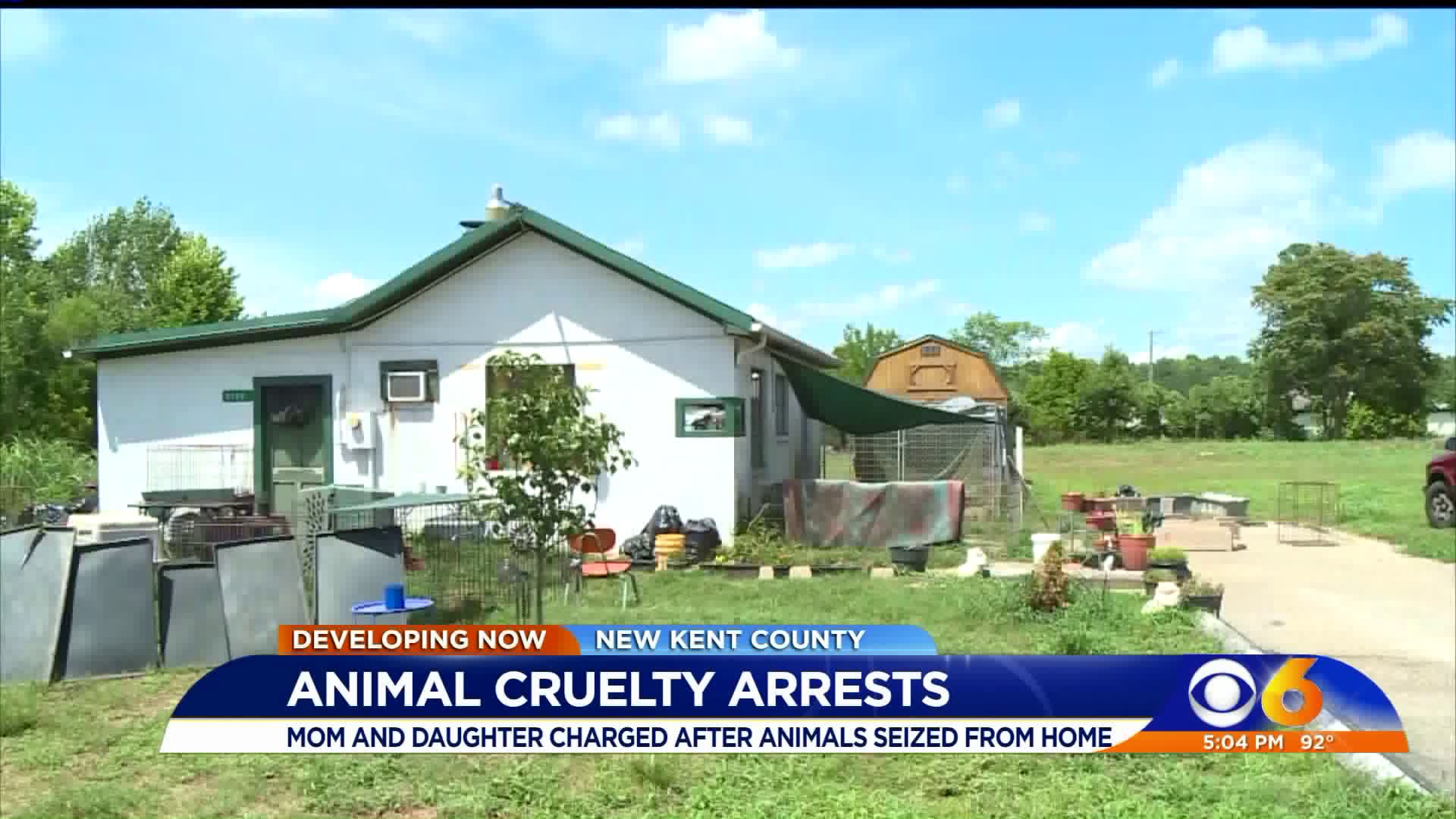 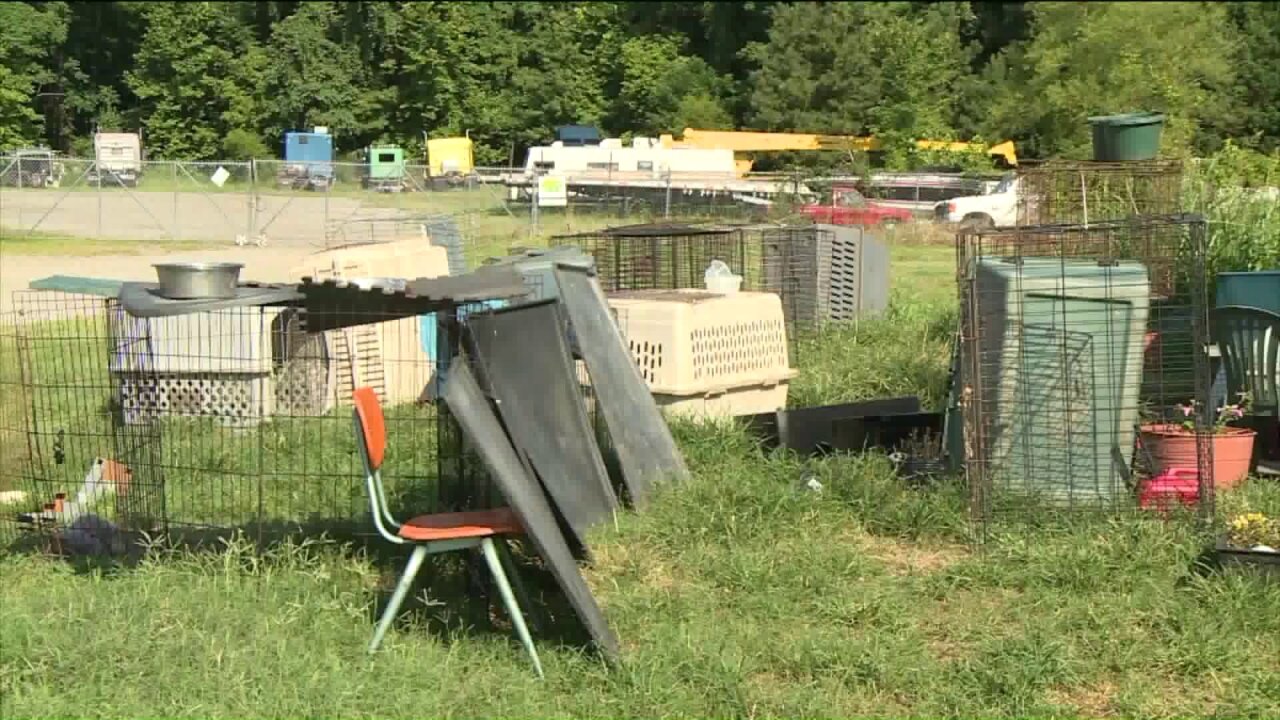 NEW KENT COUNTY, Va. -- A mother and daughter face animal cruelty charges after someone filed an anonymous complaint about dogs in a Providence Forge kennel.

When New Kent County Animal Control officers arrived at the S. Courthouse Road property on July 9, they found the women, along with numerous animals.
Neighbors say they would hear the dogs barking but never thought anything like negligence was happening.

"For the last 3 to 4 months that’s all you heard there during the daytime. I could go get my mail you could hear them barking," said Julie Waldrop, works at a neighboring business.

"There were a number of canines located outside the structure in kennels, without adequate shelter from the elements and dirty water," a New Kent County Sheriff’s Office spokesperson said. "Once the interior of the structure was accessed the deputies discovered conditions that were not suitable for the animals located in and on the property."

"I think I can speak for all men certainly... I think it was appalling it was it was disgusting it was a situation where I don’t want to say too much because the individuals are innocent until proven guilty," said Sheriff McLaughlin.

"The interior of the structure was littered with animal feces, the canines were housed in undersized crates, and the canine’s coats were severely matted and stained with urine," their statement continued. "In addition to the canines, two cats were discovered living in a crate and one hamster was in a hamster cage. None of the animals in the house had water available to them throughout the structure and the entire structure was deplorable and completely unsanitary."

Investigators seized the animals and charged the woman.

Amy Bonnett, 61, and Cody Jean Porter, 32, both of Henrico, were charged with 25 counts of cruelty to animals, and nine counts of failure to provide adequate care to domestic animals, according to the sheriff's office.