Trash truck blows tire, spills load on I-95 in Chesterfield 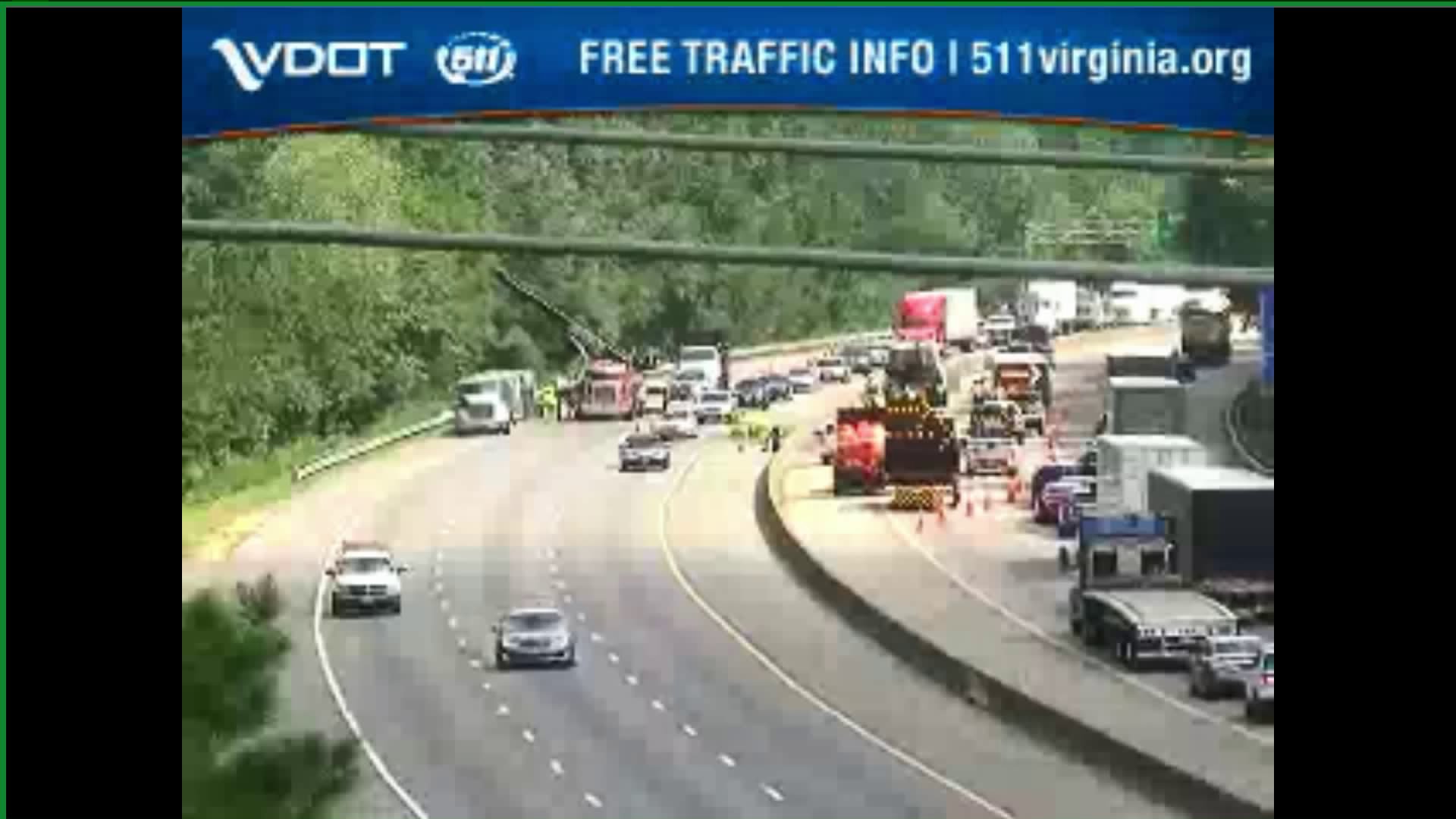 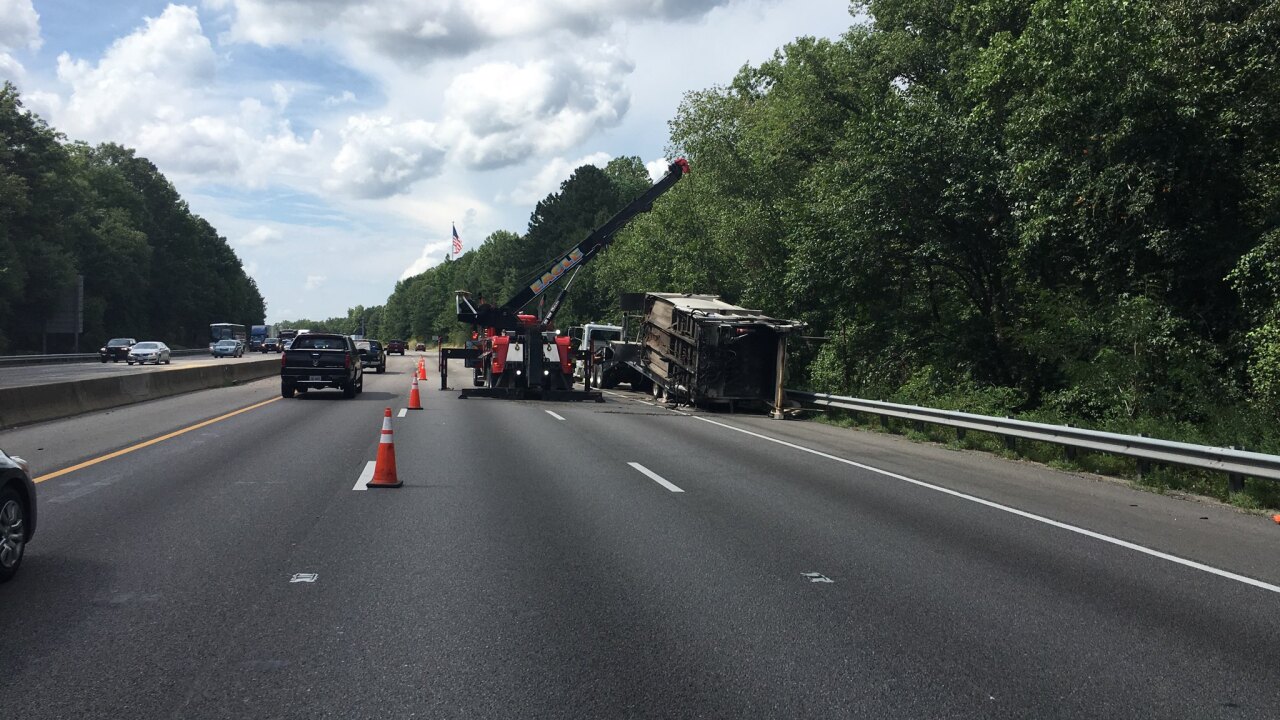 CHESTERFIELD COUNTY, Va. -- Troopers said charges are pending after a garbage truck spilled its load along I-95 near the exit for Route 10 in Chesterfield County Thursday afternoon.

"The trooper's preliminary investigation reveals that the trash truck was traveling southbound in the center lane of travel when it blew a right front tire causing the vehicle to lose control," Sgt. Keeli L. Hill with Virginia State Police said. "The truck then veered left hitting the jersey wall and the trailer breaking away from the truck."

That is when Hill said the truck's trailer hit the jersey wall before overturning and spilling trash in the interstate's northbound lanes.

The adult male driver of the truck was transported to the hospital with "minor to serious" injuries, Hill said.

Additionally, officials said an adult male passenger was checked at the scene and was not injured.

When all lanes reopened just before 4:55 p.m. a four-mile backup in both directions remained, VDOT officials said.

Officials warned cleanup "will take an extended period of time."

Troopers said charges are pending in the crash, which remains under investigation.