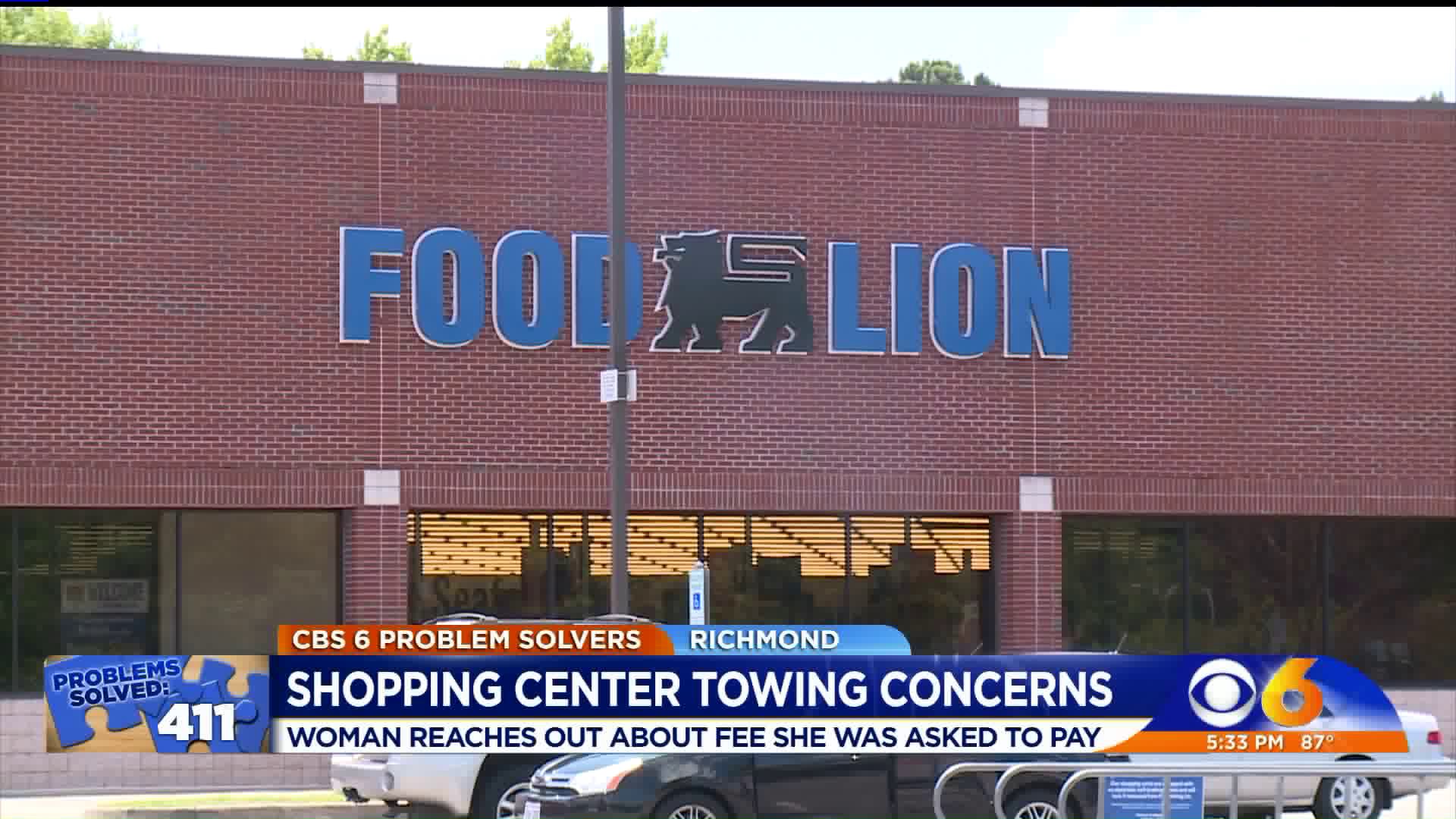 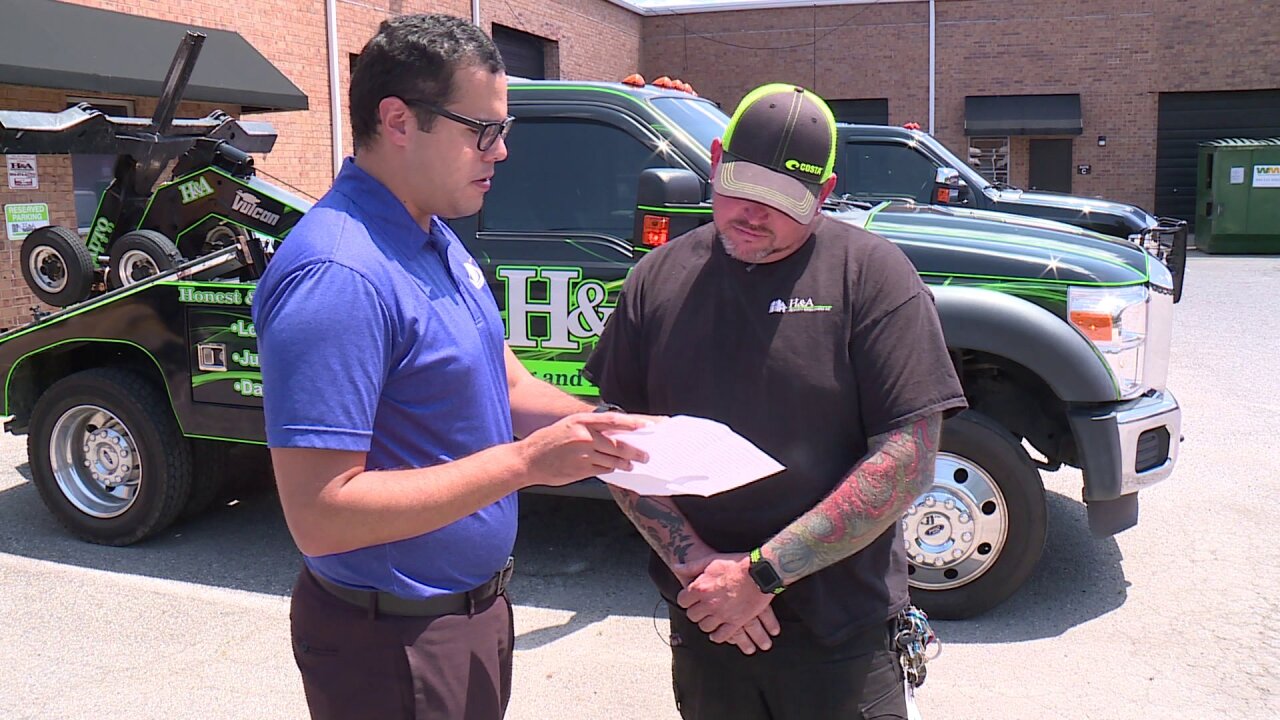 Diane Jones left a Monday shopping trip at the Food Lion on Jahnke Road furious after her encounter with a local towing company in the parking lot.

Jones said the owner of H & A Towing found her inside the store warning her she was about to be towed. She was accused of being illegally parked in a handicapped spot.

"I went outside and said, 'Why do you have me hooked up?'" she asked. "I was really angry and really upset."

Jones was told her disabled parking placard was not hanging on her rear view mirror. She insisted she hung up her placard prior to walking into the grocery store.

Dustin Trebilco is owner of H & A Towing, which stands for Honest and Affordable Towing, located on Attmore Drive on Richmond's Southside. He said he was hired by Food Lion management after a rash of customers were parking illegally in the fire lane and handicapped spots.

"A lot of customers feel targeted when they are illegally parked," Trebilco explained. "Typically with any handicapped spot, my policy is we don’t just drag them out of the parking space. We make an announcement of the vehicle."

Trebilco stated he hooked up Jones' car because he could not see a disabled parking placard hanging on the mirror.

Trebilco said Jones paid him his $50 drop fee to avoid an outright tow from the parking lot.

Reporter Brendan King and Dustin Trebilco of H & A Towing.

CBS 6's Brendan King found that Richmond City Code of Ordinances does allow towing companies to charge a "drop fee," but only a maximum fee of $40.

Trebilco stated he'd rather find the car owner instead of towing the car outright.

"They should receive a drop fee of $40, so typically in this scenario we will tow them from now on and not offer a drop fee," he said.

Richmond Police told CBS 6 that since the tow occurred on private property it is considered a civil matter.

A request for comment from Food Lion was not returned.