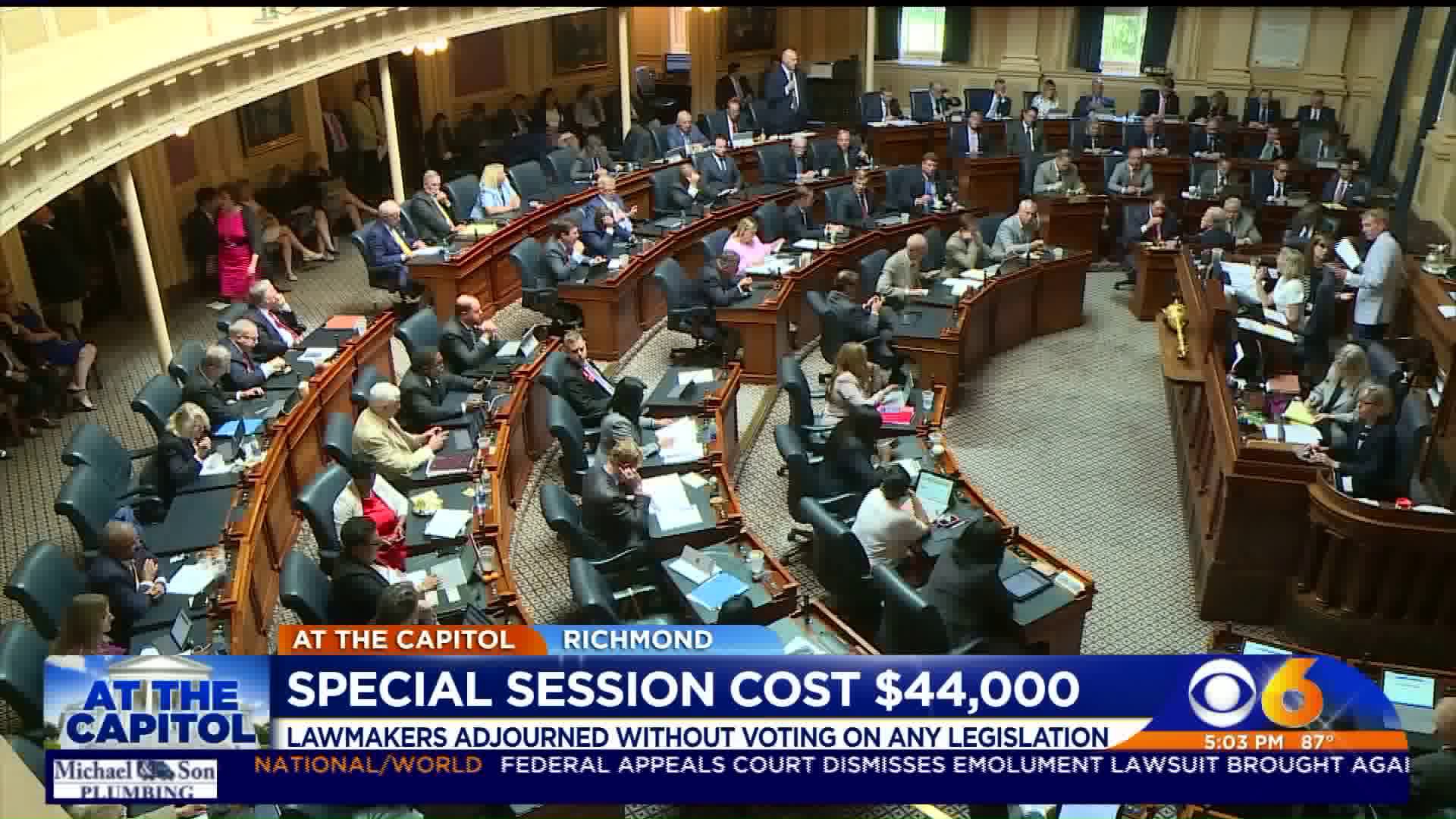 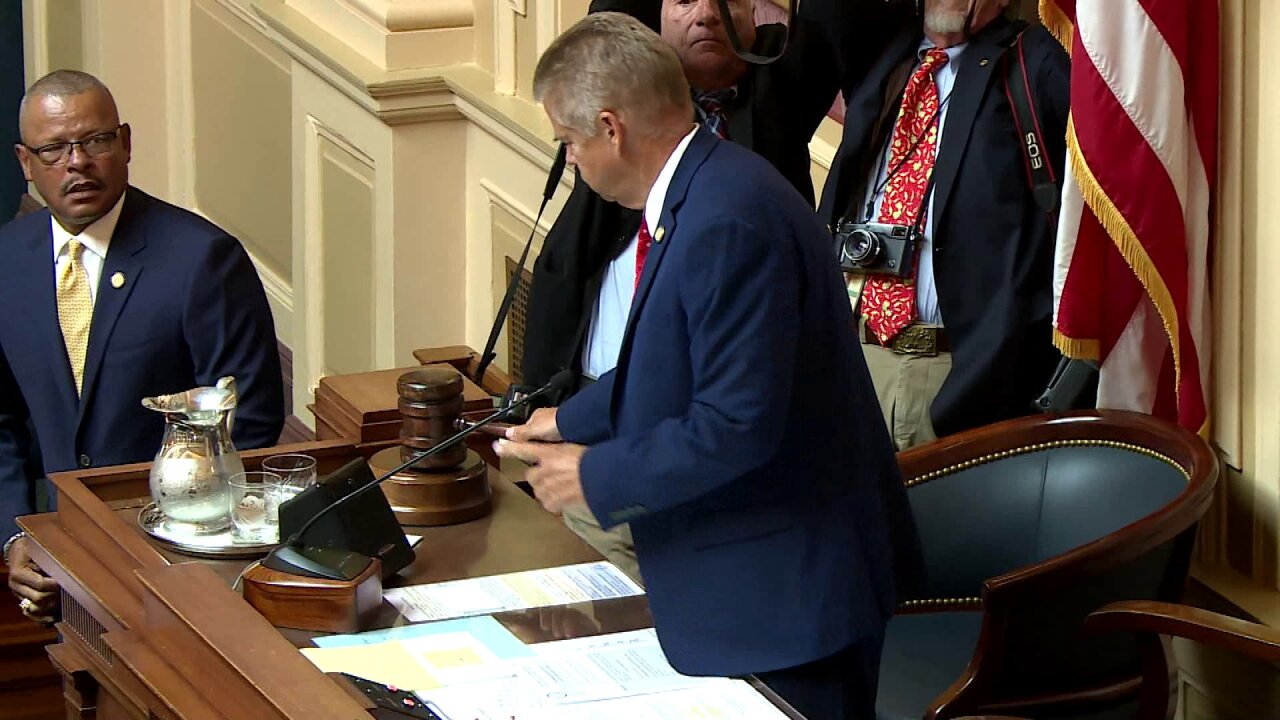 RICHMOND, Va. -- A special session of the Virginia General Assembly to address gun violence cost taxpayers nearly $45,000, despite the House and Senate adjourning after just over an hour of convening.

The session, called by Democratic Governor Ralph Northam, came in the wake of the mass shooting in Virginia Beach that left 12 dead.

Both Republican-controlled chambers abruptly voted to adjourn until November 18, after this year’s election in which every House and Senate seat is up for grabs.

Based on initial calculations, the special session cost $31,785.84 for House members, according to Clerk of the House G. Paul Nardo. That cost includes a per diem rate of $213 per day for the 96 House members in attendance which amounts to $20,448.00.

When you add $11,337.84 for round-trip mileage reimbursement for the delegates, the total cost for House members exceeded $31,000 for the single day.

The cost of the special session’s for members of the Senate was $12,905.18, including per diem and mileage, according to Clerk of the Senate Susan Clarke Schaar.

Tuesday afternoon, Republican leaders called the special session nothing more than a political stunt during an election year.

"The speed which the governor called the session, the partisan demands for floor votes, the roadshow all demonstrate to me how the whole thing is just an election year stunt," Cox said at a news conference following the adjournment. "We all share the goal of reducing gun violence in Virginia."

Governor Northam expressed his disappointment with what transpired.