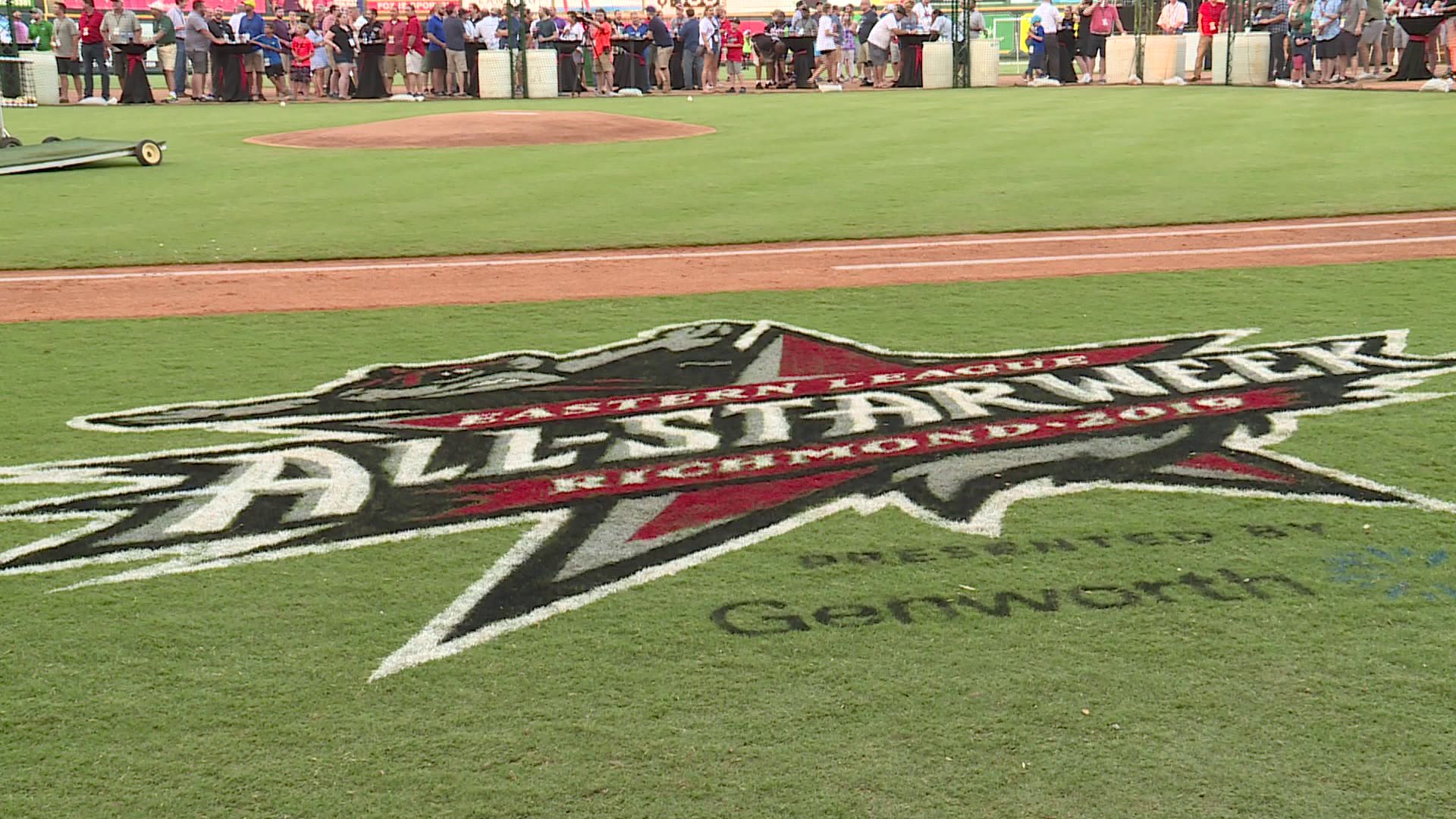 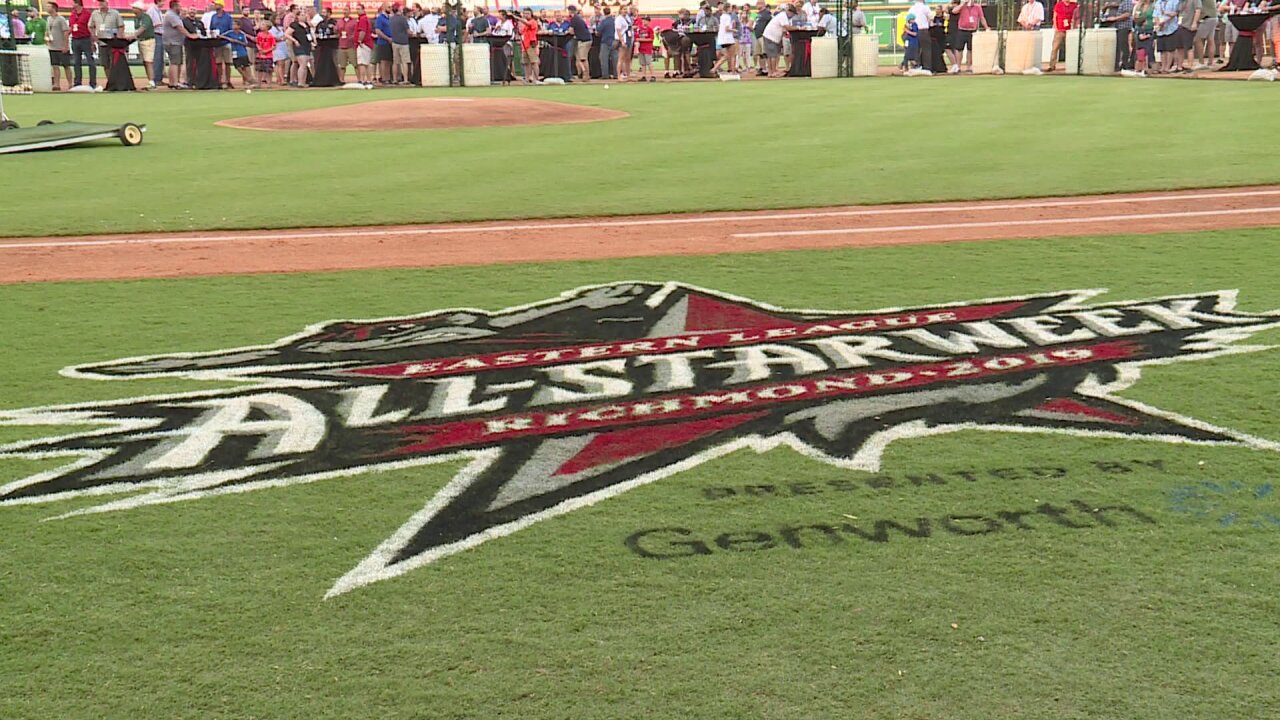 Richmond, Va. - Flanked by some of the best players in the Eastern League this year, a collection of Richmond area sports celebrities took their turns in the batter's box as part of the Flying Squirrels Home Run Derby at The Diamond Tuesday night.

"I won't say it looks a lot easier, but it definitely feels a lot easier in the batting cages than it does out here" Hightower said. "It was a tremendous event and a lot of fun just to interact with the guys that took part."

Batters collected points for hitting to different parts of the very spacious Diamond, which doesn't give up a lot of home runs to current players. But some of the All Stars did go yard, including Isaac Paredes of the Erie SeaWolves who took home honors for the West Division, and Darick Hall of the Reading Phillies who was the overall champ.

"I will say this is probably the least humid day that I've ever been in Richmond" said Hall after his win. "When you're up there, you get juiced up and the adrenaline allows you to do some things you can't normally do. I was able to put some good swings together and make something happen."

The managers for Wednesday night's Eastern League All Star Game also took part as "celebrity" participants. New Hampshire Fisher Cats manager Mike Mordecai won that part of the competition. It is a homecoming of sorts for Mordecai who played for 2 1/2 seasons with the Richmond Braves at the Diamond as part of a group tabbed "The Great 8" when they came through the minors.

You can watch the 2019 Eastern League All Star Game live on CBS 6 beginning Wednesday night at 7, or stream it for free on MiLBTV.com.