Trump to make next census move this week, Barr says 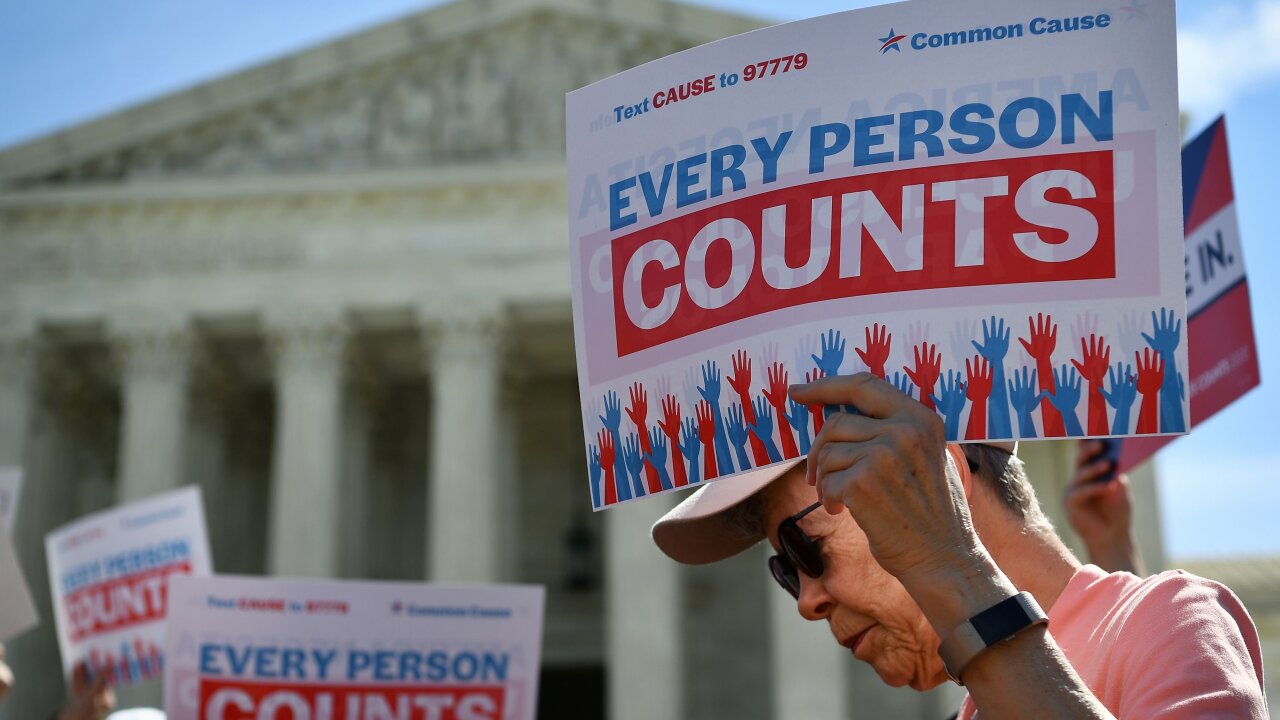 President Donald Trump is still considering an executive order in an effort to force a citizenship question onto the 2020 census, even after his decision to proceed with the court battle triggered a highly unusual shakeup of the government’s legal team over the weekend, according to officials familiar with the situation.

President Donald Trump is still considering an executive order in an effort to force a citizenship question onto the 2020 census, even after his decision to proceed with the court battle triggered a highly unusual shakeup of the government’s legal team over the weekend, according to officials familiar with the situation.

Regardless of the outcome, Trump hopes the ongoing fight — and the appearance of not backing down — will boost him among his conservative political supporters, who panned the administration for going ahead last week with printing forms without the controversial question.

Civil rights groups argue that including it will scare off legal immigrants as well as undocumented migrants, leading to an inaccurate population count. The census is used to set voting boundaries as well as funding for social assistance and other government programs.

Attorney General Bill Barr said Monday the administration would decide in the “next day or two” on which option to take on the census.

“We’ve been considering all the options,” he told reporters in South Carolina, adding he’s been in “constant discussions with the President” over the past week.

“Over the next day or two you’ll see what approach we’re taking,” Barr said. Going with an executive order, he argued, “does provide a pathway for getting a question on the census.”

CNN learned Monday evening that the Justice Department has requested at least two litigators from the department’s Office of Immigration Litigation to join the census litigation.

Attorneys at the office were sent an email on Monday, which CNN has reviewed, asking for volunteers to join the team of litigators from within the Consumer Protection Branch of the Civil Division.

The Justice Department declined to comment, and did not say if anyone from the Office of Immigration Litigation volunteered.

What appeared to be a closed matter was ripped open last week when Trump tweeted he would continue pushing to get the citizenship question included after it was blocked by the Supreme Court late last month. That sent administration lawyers scrambling to determine his exact stance, and how to execute it.

One of the options includes an executive order; Trump told reporters as he departed his New Jersey golf retreat on Sunday he was also considering a presidential memorandum.

“We are moving forward; we have a couple of avenues,” he said.

Trump could take action this week, administration officials said, citing a need to act quickly since census forms are already being printed. Government lawyers had long said they needed to resolve the citizenship question by July 1 to avoid incurring extra printing costs.

“Everything is up in the air,” said one administration official, who noted that the use of executive powers wasn’t even under consideration until the middle of last week, when Trump made clear he wasn’t giving up the fight despite public statements otherwise from his Justice Department and commerce secretary.

One legal theory being eyed by administration officials is moving forward with an executive order or presidential memorandum while simultaneously filing an emergency petition with the Supreme Court asking for an expedited review — an unusual move that would bypass lower courts, if granted.

House Speaker Nancy Pelosi on Monday made a lengthy criticism of Trump’s continued push for a citizenship question on the census, saying it was part of an effort to “make America white again” and reiterated her threat to continue with a contempt vote over the census issue.

Speaking at a press conference in San Francisco on election security, Pelosi accused Republicans of trying to suppress the vote and gerrymander districts so that “just their people vote and not the general population.”

“That’s why they’re fighting the census,” she said. “And that’s another place where you’ll probably see a contempt action on the part of the House of Representatives on the Trump administration.”

The hurried mapping-out of options has been spurred on by Trump, who has insisted in meetings over the past several days that the census matter be given top priority, according to people familiar with the matter.

Trump has bemoaned the decision to essentially give up the fight, though there was initially consensus among the White House and other top administration officials over the position the Justice Department would take after the Supreme Court ruled — that it would go ahead with preparing the census without a line asking “Is this person a citizen of the United States?”

Trump seemed to change his mind a day later, and has insisted options be drawn up to continue waging battle. While at his golf club in New Jersey this week, Trump held a series of calls and meetings to discuss how the administration is moving forward on the census case, a person familiar with his schedule tells CNN.

In keeping up the fight, Trump has relied — again — on Barr to carry out the directive. Since assuming the job, Barr has repeatedly appeared to bend to Trump’s demands, including in his initial description of Robert Mueller’s report and a move to stop defending the Affordable Care Act in court.

“And our Attorney General is doing a fantastic job, in many ways, and I think he’s got it under control,” Trump told reporters on Sunday.

The latest step was an all-but-unprecedented swap of the lawyers who have been arguing Trump’s position in court — a shift that officials ascribed to ethical and legal concerns at the legal team essentially being required to contradict their previous representations in light of Trump’s decision to prolong the clash.

The department’s spokesperson said in a statement that the department is “shifting these matters to a new team of Civil Division lawyers” and it will be revealed in filings Monday.

The spokesperson did not give a reason for the change. Officials within the Civil Division’s Federal Programs Branch had been lead on the census case up until now, but are being replaced by a combination of career and political officials from the Civil Division’s Consumer Protection Branch, a Justice official said.

A source familiar with the matter says the Justice Department led the decision to change the legal team dealing with the census, in part because the legal battle was entering a new phase and it was a way for the old legal team to not be harangued by the judge, as was the case during a hearing with a Maryland federal judge last week.

A Justice Department official dismissed the idea of an insurrection within the agency, as some outside experts have suggested could have happened.

Instead, officials pointed to specific instances where the previous legal team argued certain points that will have to be contradicted given Trump’s desire to keep arguing in favor of the citizenship question.

For example, former officials and experts noted that Justice Department attorneys specifically argued that June 30 was the printing deadline for the census forms — a deadline around which their entire case was shaped. Having the same attorneys go back to the judge to say June 30 wasn’t in fact a firm deadline would be deeply problematic for the branch’s and the lawyers’ credibility, and they may not ethically be able to make a different representation in court now.

A former Justice Department attorney who has spoken with some attorneys still at the agency says there are no clear answers coming out why there has been a switch in the team of lawyers.

“Lawyers are supposed to be able to switch sides,” the former attorney said. “But when it’s a big shift, it’s really tough to have the same lawyer advocate a position that is diametrically opposed to what they advocated before.”

Another former Justice Department official says the change in strategy, forced by Trump’s tweet, would have made their position in court “untenable.”