SunTrust is the latest bank to stop lending to detention centers 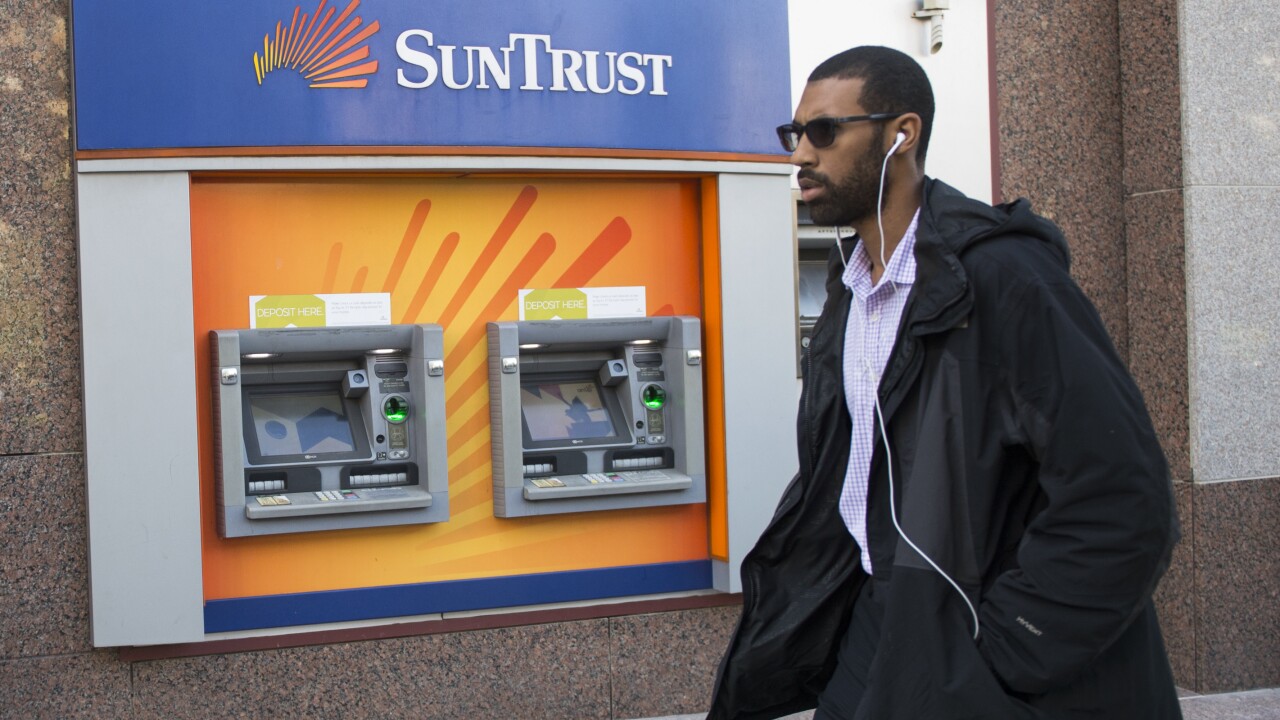 SunTrust is the fourth major US bank to end its business relationships with owners of immigrant detention centers on the border between the United States and Mexico.

Bank of America, JPMorgan Chase and Wells Fargo had previously cut ties with two publicly-traded prison owners CoreCivic and GEO Group, both of which have come under fire for their work with the federal government, particularly because of reports of poor treatment of immigrants held at border detention facilities.

“Following an ongoing and deliberate process, SunTrust has decided not to provide future financing to companies that manage private prisons and immigration holding facilities. This decision was made after extensive consideration of the views of our stakeholders on this deeply complex issue,” SunTrust said in a statement to CNN Business on Monday.

SunTrust is in the process of merging with fellow regional bank BB&T, a deal that will require regulatory approval. The combined bank will be named Truist. BB&T was not immediately available for comment.

Wall Street — and Corporate America in general — is nervous about the perception that it is doing business with prison operators who have reportedly engaged in controversial practices, particularly regarding the treatment of migrant children. Companies often face customer and investor scrutiny when they do business with entities that fall out of public favor.

A spokesperson for Bank of America said last month that while the bank appreciates “steps [prison operators] have taken to properly execute their contractual and humanitarian responsibilities,” it ultimately decided to “exit the relationships.”

“Lacking further legal and policy clarity, and in recognition of the concerns of our employees and stakeholders in the communities we serve, it is our intention to exit these relationships,” the spokesperson said at the time.

JPMorgan Chase announced in March it was cutting ties with the corrections facilities industry.

“JPMorgan Chase has a robust and well established process to evaluate the sectors that we serve,” the company said in a statement. “As part of this process, we will no longer bank the private prison industry.”

“Our credit exposure to private prison companies has significantly decreased and is expected to continue to decline, and we are not actively marketing to that sector,” Wells Fargo said in a business standards reportreleased in January.

CoreCivic said in a statement on its website Monday that what it called “politicized banking decisions” send “a terrible message to others in the private sector who are working to help our government solve serious problems in ways it could not do alone.”

“Like others before it, this decision is about caving to political pressure based on false and misleading statements about our company,” CoreCivic said. “CoreCivic has a 35-year track record of working with both Democrat and Republican administrations to help solve the very types of crises we are now seeing on our southern border.”

CoreCivic added that SunTrust has contractual obligations to work with the company through 2023.

“We fully expect SunTrust and others to honor their commitments,” CoreCivic added.

A spokesman for GEO said in a statement to CNN Business on Monday that “it’s unfortunate that misleading political activism has been allowed to impact a decade-long banking relationship.”

“The divestment efforts against our company are based on a false narrative and a deliberate mischaracterization of our role as a long-standing government services provider,” the spokesman added. “The GEO Group has never managed any facilities that house unaccompanied minors, nor have we ever managed border patrol holding facilities.”

Shares of GEO and CoreCivic have been under immense pressure as of late due to this scrutiny. Each stock has plunged more than 10% in the past month.