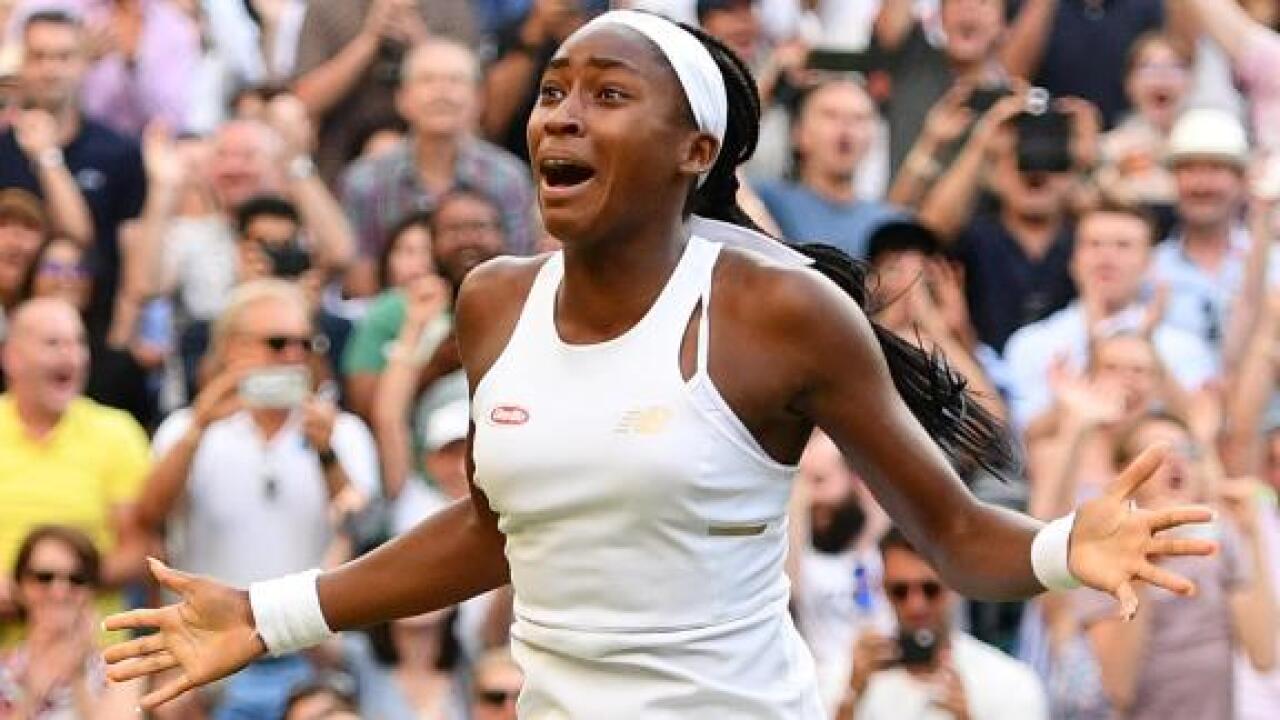 Cori “Coco” Gauff‘s incredible run at Wimbledon came to an abrupt end at the hands of Simona Halep Monday.

The 15-year-old has enjoyed a scintillating breakthrough grand slam at the All England Club but former world No.1 Halep proved too big an obstacle for the teenager.

The Romanian used all her experience to win in straight sets 6-3 6-3.

Gauff started her historic week by beating idol Venus Williams in the first round, before defeating Magdaléna Rybáriková in straight sets and then emerging triumphant from a Center Court classic against Polona Hercog.

Cori Gauff struggled to find the form which cemented her as a fan favorite at Wimbledon.

Throughout her run, Gauff has amassed fans from across the world and established herself as, arguably, the most exciting prospect on the tour.